The age of discontent: What drives the rising wave of world protests? 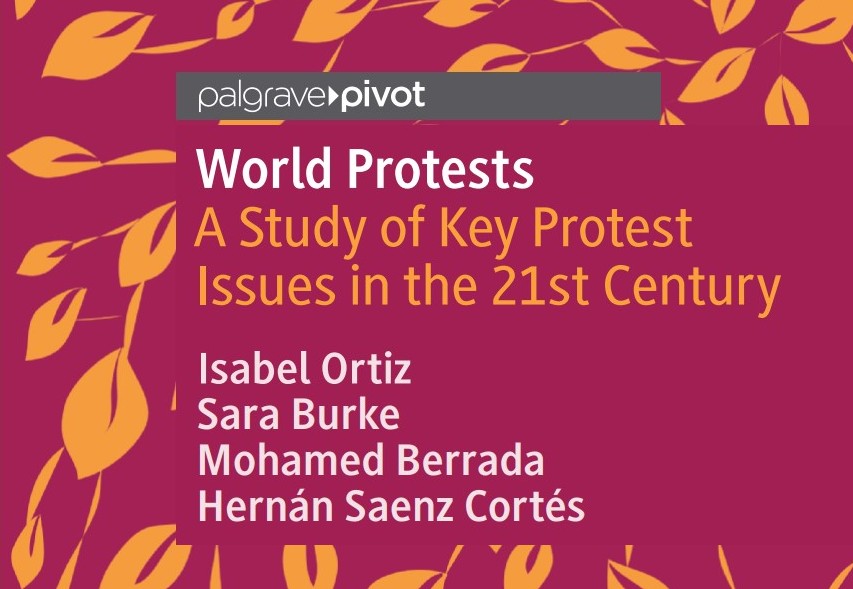 New research shows that global protests are rising and have much in common - asking for no more than established human rights. By Walden Bello and Isabel Ortiz for IPS News.

In recent years, the world has been shaken by protests. From the Arab Spring to the social uprisings in Chile and Latin America, the world has seen a dramatic rise in protests. In a polarized world, the COVID-19 pandemic has only accentuated feelings of outrage and discontent.

New research brings evidence of this by analyzing nearly three thousand protests since the beginning of the 21st century, in over a hundred countries covering more than 93 percent of the world population.

Beginning in 2006, there was a steady rise in overall protests each year up to 2020. As the global financial crisis began to unfold in 2007-08, demonstrations increased, and further intensified after 2010 with the worldwide adoption of austerity cuts.

Frustration grew over the lack of decent jobs, inadequate social protection and public services, unfair taxation and a perceived lack of real democracy and accountability of decision makers to the people.

This led to a new and more political wave of protests in 2016, often becoming “omnibus protests” (protests addressing multiple issues) against the political and economic status quo. Polls worldwide reflect dissatisfaction with democraciesand lack of trust in governments.

Increasingly, demonstrations are not only the purview of activists and trade unionists, but have become an outlet for the middle classes, women, youths, pensioners, indigenous and racial groups. These citizens do not consider themselves activists and yet they protest because they feel disenfranchised by official processes and political parties.

Decades of neoliberal policies have generated huge inequalities and eroded the incomes and the welfare of both the lower and middle classes, fueling feelings of injustice, disappointment with malfunctioning democracies, and frustration with failures of economic and social development.

Whist the media often portrays protests as sporadic, disorganized riots, most of the world protests studied were planned, with clearly articulated demands. The main cause of discontent (in 1503 protests) relates to the failure of democracies and political systems, lack of real democracy, accountability and justice; corruption; as well as the perceived power of a deep government or oligarchy, sovereignty and patriotic issues; and protests against wars, the surveillance of citizens, and anti-socialism/communism.

The third main cause of protests is the demand for civil rights (1,360 protests) on indigenous and racial rights; women’s rights; labor rights; LGBT and sexual rights; right to the commons (digital, cultural, atmospheric); immigrants’ rights; freedom of assembly, speech, and press; prisoners’ rights and religious issues.

A last cluster of protests encompases demands for global Justice (897 protests) on issues such as environmental and climate justice; against the International Monetary Fund (IMF), the World Bank, and the European Union/European Central Bank; against imperialism (United States, China); against free trade or the G20 – demanding a better and more equitable world order.

The period 2006-2020 has evinced some of the largest protests in world history; the largest recorded was the 2020 strike in India against the government’s plan to liberalize farming and labor, estimated to have involved 250 million protestors.

The second decade of the 21st century has also seen a global rise of the far right, attracting dissatisfied citizens to a radical right “counterrevolution” that typically includes an assault on the tenets of liberal democracy by authoritarian leaders.

Falling into this category were the QAnon protests in 2020 in the United States and globally; opposition to Muslims, migrants, and refugees in Europe; and the protests against the Workers Party in Brazil in 2013 and 2015.

While the rhetoric is anti-elite, far right politics does not seek significant structural power change, rather directing the popular fire and fury against minorities, denying rights to migrants, blacks, gays or Muslims, who are depicted as a threat to the jobs, security and values of the majority.

Other rallying cries include calls for personal freedoms (to carry a gun, not to wear a mask, not to be quarantined), nationalism, and the promotion of traditional values. To counter radical right authoritarianism, societies must fight misinformation and expose the contradictions of far right politics.

Nonetheless, the overwhelming majority of protests have made progressive demands for real democracy, civil rights, economic and global justice. Peaceful protests are a fundamental aspect of a vibrant democracy. Historically, protests have been a means to achieve fundamental rights at the national and international level.

While new research shows that global political instability is increasing, there are solutions. Governments need to listen to the grievances coming from protesters and act upon them. The demands of people around the world have much in common and ask for no more than established Human Rights and internationally agreed UN development goals.

Walden Bello is Adjunct Professor of Sociology at the State University of New York at Binghamton and co-chair of the Bangkok-based progressive institute, Focus on the Global South.

Isabel Ortiz is Director of the Global Social Justice Program at the Initiative for Policy Dialogue, and former director of the International Labour Organization (ILO) and UNICEF.

News: Join us on demonstrations for Article 25
In the UK, our campaign group Share The World’s Resources (STWR) is participating in demonstrations for economic and social justice by highlighting the...
Blog: A new era of global protest begins
In line with the steady rise in social unrest over the past decade, it’s likely that we will witness an unprecedented escalation in large-scale citizen...
Blog: A year of protests, with inequality at their root
The UN's 2019 report on human development is timely in view of the widespread social unrest in many countries that derives, to a large extent, from the...
Article: Mapping major protests around the world
Protest movements are on the rise worldwide amid deepening inequalities and job crises worsened by the continuing coronavirus pandemic.
News: Protests around the world: Politicians must address ‘growing deficit of trust’, urges Guterres
Recent protests in cities across the world show that “people are hurting and want to be heard” by political leaders who must now address a “growing...
Article: The age of discontent: What drives the rising wave of world protests?
New research shows that global protests are rising and have much in common - asking for no more than established human rights. By Walden Bello and Isabel...
Printer-friendly version