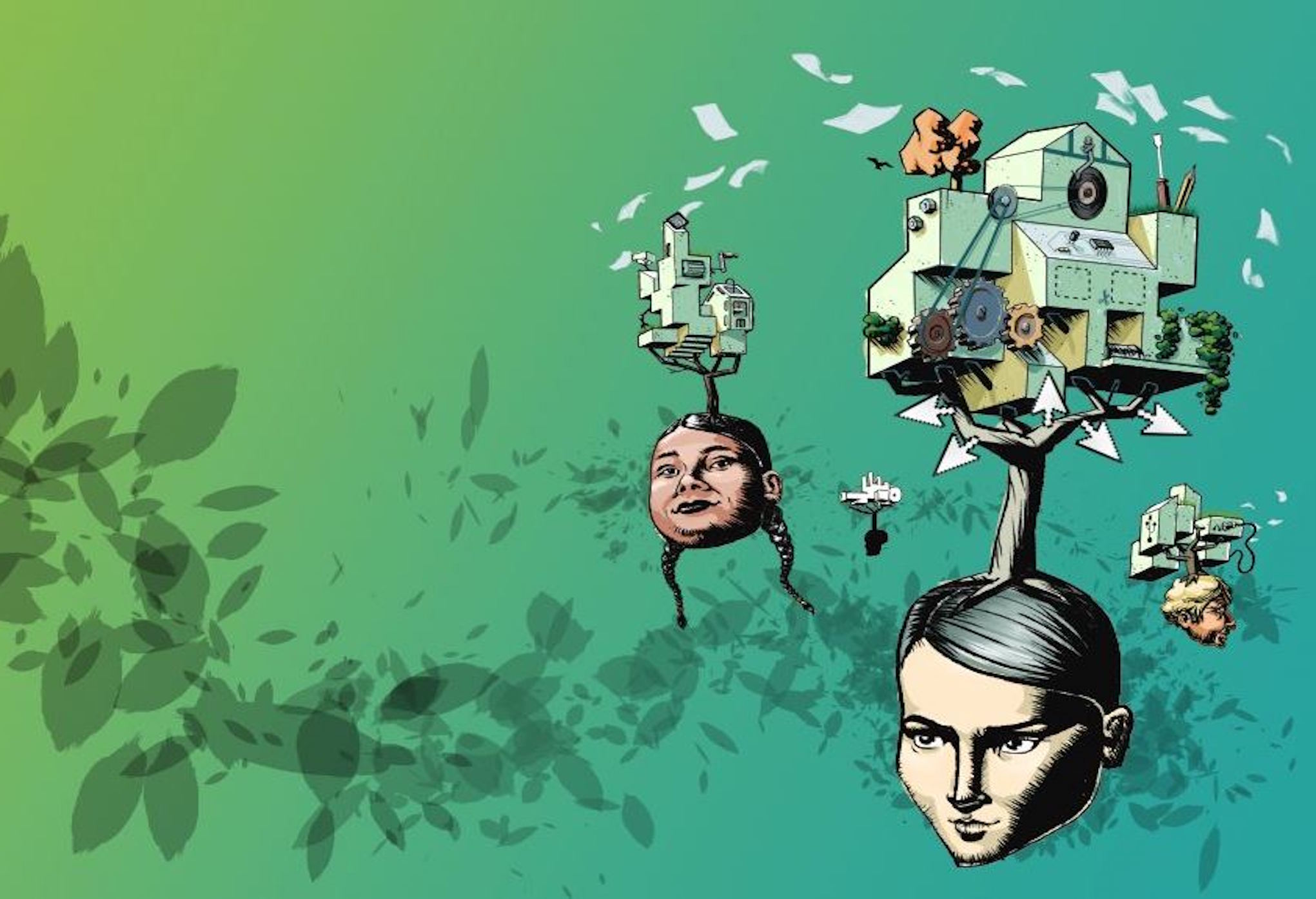 A new dedicated website by the P2P Foundation explains the meaning of and relationship between the Commons and peer-to-peer (P2P) frameworks, and details how a growing movement for a Commons Transition is poised to reinvigorate labor, politics, production, and carework – from both an interpersonal and environmental perspective.

The phrase Commons Transition is used to describe a series of ongoing actions reflecting the needs and creative input of civil society. What are the components of such a transition, and how do they coalesce into concrete actions?

What is the aim of a Commons Transition?

— to create a deeply democratic society where everyone matters and has a say, with an inclusive representation of class, race, gender identity, sexual orientation, ability, or immigration status. In fact, the proposals we share go beyond rhetoric — they are inspired by active, successful, self-organized working communities that maintain themselves and their environments.

A Commons Transition also implies developing strategies that create common value and facilitate open, participatory input across society. These strategies should prioritize the needs of those people and circumstances affected by policy decisions, rather than purely market-based or bureaucratic considerations. As we will see in the following entries, the Commons, together with P2P systems, represent a third mode of societal organization that evolves away from the competitive market-state and obsolete, centrally-planned systems. This post-capitalist framework is based on the practices and needs of civil society at the local, regional, national and global levels.

What is the background for the Commons Transition?

— Growth as an evolutionary process of natural systems is understood to be necessary. Beyond adolescence, however, organisms must either stabilize by interfacing with their environments or die off. In observing our economic systems, we can see that there is also an unquestioned agreement (if not a self-replicating obsession) of the need for accumulation and growth. But a closer look at the supposedly healthy metric of economic growth confronts us with the exponential surge of other, far less healthy indicators: gross economic inequality, loss of topsoil and biodiversity, species extinction, carbon emissions, energy use, biosphere degradation, to name just a few.

Top-down command and control systems, now reaching what we call peak hierarchy, remain dominant yet are structurally inadequate to deal with these urgent failures and losses. Treating what is naturally abundant and easily reproducible — knowledge — as a commodity, and enclosing it behind intellectual property restrictions such as paywalls, has created severe problems. Overexploitation of natural resources continues to increase, and the negative consequences of overuse are treated as externalities, avoiding accountability. An important tool against the effects of this exploitation is open access to socially productive knowledge. However, free access to knowledge is only possible if the artificial restrictions imposed by intellectual property licensing are lifted, allowing people to build on this open knowledge and create countermeasures to resource exploitation. This primer has a wealth of case studies showing exactly this process in action.

P2P and the Commons are embodied in the logic of networks, which are characterized by openness, reciprocity, pooling and stewardship. Together these stand as more mature and stable systems compared with peak hierarchy, and help break away from its self-replicating pattern of destruction.

The Commons and P2P systems can help transition to more stable systems, but not all P2P systems are the same. The difference lies in the intent: is the system driven by profit, hierarchy and growth, or by a desire to collaborate in the construction of social and environmental value? Examples of the former include monopolistic social media platforms, the so-called “sharing” economy as disfigured by Silicon Valley and the digital economy’s mega-players. Here we see how overabundant practical value is created through P2P dynamics in the front end, while all the monetary value is absorbed by centralized platforms. The result is a series of increasingly invasive and undemocratic monopolies which mediate our relations and create further inequalities at an accelerated rate.

On the other hand, when the value created in P2P systems is distributed back to the value creators, and when the entire process is decided on by peers and directed towards nourishing shared resources, the outcomes are radically different. This describes the underlying logic of the Commons Transition. A social process more than an ideological destination, it applies the wealth of networks toward community-enabled capacity building, beginning where we live and work.

Useful examples of local level, commons-oriented P2P systems include transition towns, municipalism, permaculture, local currencies and self-managed squats, occupied spaces and related social centers. Local forms of change like these are indispensable, but our challenges are global in nature, driven by an obsolete neoliberal economic logic that knows no borders. Commons-oriented P2P systems that are transnational by design will be necessary for building economic and political counterpower. Models exist that could be developed to higher levels of complexity. We will explore this further in the following entries.

Report: The commons of humanity
We are unable to seriously envision a new economic paradigm for managing the earth’s shared resources, unless we first contemplate the need for a...
Report: ‘Harmony with Nature’ dialogues at the United Nations
Since 2009, a series of expert dialogues at the General Assembly of the United Nations has sought to define a new worldview based on a non-anthropocentric...
Blog: Advocacy at the UN for a commons-based vision of sustainable development
Civil society groups at the United Nations are highlighting a powerful new movement in our midst based on caring, sharing, community and cooperation - and...
Report: Towards a universal basic income for all humanity
A truly universal and unconditional basic income is ultimately feasible within each nation, coordinated under the auspices of the United Nations. Yet this...
Report: Commons transition and P2P: a primer
A new primer explains the origins of the commons and P2P, how they interrelate, their movements and trends, and how a Commons transition is poised to...
Article: Beyond state capitalism: The commons economy in our lifetimes
In considering the essential problem of how to produce and distribute material wealth, virtually all of the great economists in Western history have...
Article: Commons transition: STWR interviewed by the P2P Foundation
As part of a series of interviews highlighting the need for a 'commons transition', STWR's Rajesh Makwana was asked about the ethic and practice of...
Printer-friendly version