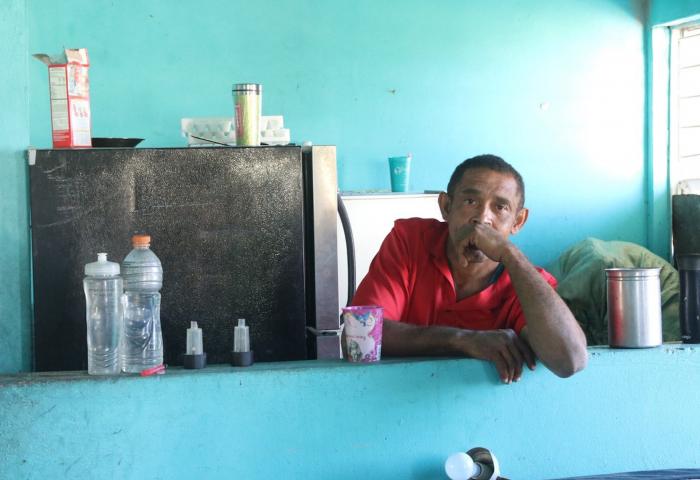 A scorching report by the UN special rapporteur on extreme poverty and human rights, Philip Alston, finds ‘systematic attack on welfare program' will leave millions deprived of food and healthcare.

Donald Trump is deliberately forcing millions of Americans into financial ruin, cruelly depriving them of food and other basic protections while lavishing vast riches on the super-wealthy, the United Nations monitor on poverty has warned.

Philip Alston, the UN special rapporteur who acts as a watchdog on extreme poverty around the world, has issued a withering critique of the state of America today. Trump is steering the country towards a “dramatic change of direction” that is rewarding the rich and punishing the poor by blocking access even to the most meager necessities.

“This is a systematic attack on America’s welfare program that is undermining the social safety net for those who can’t cope on their own. Once you start removing any sense of government commitment, you quickly move into cruelty,” Alston told the Guardian.

Millions of Americans already struggling to make ends meet faced “ruination”, he warned. “If food stamps and access to Medicaid are removed, and housing subsidies cut, then the effect on people living on the margins will be drastic.”

Asked to define “ruination”, Alston said: “Severe deprivation of food and almost no access to healthcare.”

Alston sounds the alarm in the final report of his investigation into extreme poverty in the US that is published on Friday and will be presented to the UN human rights council in Geneva at the end of June. His findings are based on a tour he carried out in December through some of America’s most destitute communities, from Skid Row in Los Angeles, through poor African American areas in Alabama, and the stricken coal country of West Virginia, to hurricane-racked Puerto Rico.

The report amounts to one of the most scorching assessments of Trump’s leadership in his 16 months in the White House. It is likely to spark debate across the political aisle as well as globally about the US president’s rapid drive towards heightened inequality.

The Nobel prize-winning economist Joseph Stiglitz told the Guardian it was profoundly important that international observers were speaking out about Trump’s impact. “This administration inherited a bad situation with inequality in the US and is now fanning the flames and worsening the situation. What is so disturbing is that Trump, rather than taking measures to ameliorate the problem, is taking measures to aggravate it.”

Top of the list of those measures was the $1.5tn tax cutsenacted by the Republicans last December that slashed corporate tax rates. “Can you believe a country where the life expectancy is already in decline, particularly among those whose income is limited, giving tax breaks to billionaires and corporations while leaving millions of Americans without health insurance?” Stiglitz said.

The UN monitor similarly excoriates Trump and the Republicans in Congress for passing a tax bill that “overwhelmingly benefited the wealthy and worsened inequality”. Alston added that “the policies pursued over the past year seem deliberately designed to remove basic protections from the poorest, punish those who are not in employment and make even basic health care into a privilege”.

He cautioned middle-class Americans from thinking they were immune from the lash of such policies, as Trump’s assault “bodes ill for society as a whole. The proposed slashing of social protection benefits will affect the middle classes every bit as much as the poor.”

The Federal Reserve annual economic survey released last week underlines the large pool of people who are vulnerable to any further erosion of the safety net. It found that four out of 10 Americans are so hard up they could not cover an emergency expense of $400 without borrowing money or selling possessions.

Cory Booker, the US senator from New Jersey, described the UN report as “disturbing, but unfortunately not surprising. We live in a land where great wealth lives alongside unconscionable poverty, and the Trump tax bill makes this dire situation worse by showering the wealthiest with huge tax breaks while Republican leaders seek to make drastic cuts to the social safety net.”

Booker, who has introduced legislation to combat poverty, said fellow policymakers should see Alston’s investigation as a wake-up call to take bold action, such as a jobs guarantee, healthcare for all and help for former prisoners to reintegrate in society. “People who disagree on politics can agree that no child in America should go to bed hungry, no home should lack access to a working sewer system, no illness should drive a family to bankruptcy.”

As one of the world’s wealthiest societies, the US is what Alston calls a “land of stark contrasts”. It is home to one in four of the world’s 2,208 billionaires.

At the other end of the spectrum, 40 million Americans live in poverty. More than five million eke out an existence amid the kind of absolute deprivation normally associated with the developing world.

The symptoms of such glaring inequality include:

Against that backdrop, the UN rapporteur identifies a slew of what he calls “aggressively regressive” policies coming out of the Trump administration that are sending the country “full steam ahead” towards greater inequality. In addition to the tax breaks, there are new work requirements for welfare recipients, cuts of up to a third in the food stamp program, a recent proposalfrom housing secretary Ben Carson to triple the base rent for federally subsidized housing, and a burning of government regulations that offered protections to middle-class and poor families.

“This is an across the board attack on those who are living on the poverty line or below it,” Alston said.

The UN monitor contends that what amounts to Trump’s punishment of low-income Americans is based on an unfounded assumption that such people are lazy, work-shy and dedicated to defrauding the welfare system. Several senior government officials told Alston during his tour that scamming by welfare recipients was rampant, yet little convincing evidence was provided to support that caricature, he notes in his report.

The scrutiny now falling on Trump from the UN is significant in that the US stands increasingly as an outlier in the world community. Alston’s report adds to a mounting body of criticism emanating from global organisations warning the US that unless it pulls back from its current course it will end up isolated from all other developed countries.

The statistics speak for themselves. In 1980, the US and Europe stood side by side in terms of inequality – in both cases, the richest one percent earned about 10% of national income.

Last year the IMF, a world body not renowned for being hyper-critical of countries that fail the poor, said: “The US economy is delivering better living standards for only the few. Household incomes are stagnating, job opportunities are deteriorating, prospects for upward mobility are waning and economic gains are increasingly accruing to those that are already wealthy.”

Stiglitz said: “It’s clear that this administration is totally out of step with the rest of the advanced world that is looking at the US more askance on so many levels. For Americans who are fighting against the abnormality of the Trump administration it is heartening and reinforcing to know that the rest of the world is becoming more resolved in how it deals with the post-Trump US.”

Report: "American Dream is rapidly becoming American Illusion," warns UN rights expert on poverty
The United States, one of the world’s richest nations and the “land of opportunity”, is fast becoming a champion of inequality, according to the United...
Blog: Extreme poverty returns to America
The U.N. finds growing numbers of Americans are living in the most impoverished circumstances. How did we get here? asks Premilla Nadasen.
Blog: Attention America: welfare is not a dirty word
Bravo to the magazine 'In These Times' for proudly hailing the importance of the welfare state in America. It is essential that more progressives follow...
Article: Rise up America, rise up!
The time has come when America must rapidly transform its values through a more inclusive and spiritual vision, based upon a just sharing of the world’s...
Printer-friendly version