Global Compact on Refugees: a rich countries’ model for keeping others out 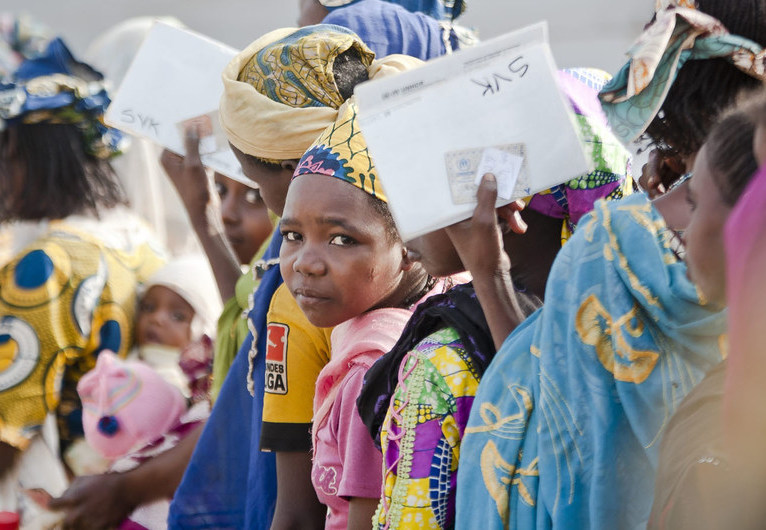 The UN General Assembly is set to vote on the final draft of the global compact on refugees as a basis for a more equitable sharing of the burden and responsibility for hosting and supporting the world’s refugees. The compact is, however, largely a rich countries’ model designed to protect their borders from unwanted refugees. The outcome will be less protection and more death, as refugees will continue to risk their lives to reach security in the global north, writes Behzad Yaghmaian for Euronews.

The compact demonstrates a risky pattern of privatising refugee protection, shifting the responsibility away from the state to the private sector. Its market-driven approach results in a further privatisation of protection and the substitution of insecure private sector ventures for guaranteed public sector commitments. The increasing reliance on the private sector, foreign investment, and support from the World Bank and similar international agencies reduces the guarantees, predictability, and the regularity that are usually expected from states and the public sector.

In this market-driven structure, the global compact has created a model of refugee protection in the spirit of the dominant neoliberal paradigm. The privatisation of service delivery in rich countries in recent years resulted in labour abuses, price increases, reduction in access, and other problems. Relying on the private sector for delivering refugee protection promises similar failures and access crises.

Refugees and their rights, and their protection needs are left to the economic calculus of private employers and the laws of markets. For example, the compact seeks “labour mobility for refugees, including through the identification of refugees with skills that are needed in third countries.” In doing so, it practically turns the refugees into de facto economic migrants, reduces protection into access to jobs, and strips refugees of the possibility of resettlement through asylum. This market-based effort to help the refugees that might meet labour markets demands and fit the economic calculus of foreign employers leaves out any possibility of permanent residence, or citizenship for the refugees accepted as labour migrants. The fate of the chosen few refugees will squarely depend on their continuing luck to meet the requirements of the ever-evolving flexible labour markets. The compact is silent on the future of these refugees once their jobs are terminated due to markets considerations.

The compact institutionalises an unequal international division of labour in refugee protection by keeping refugees at bay and warehousing them in current host countries. Currently, the global south hosts 85% of the world refugees under UNHCR’s mandate. Subjected to a myriad of economic, social, and other insecurities, refugees face varying, and in many cases severe, protection deficits. Addressing this deficit through predictable burden and responsibility sharing was seemingly the driving force behind the global compact on refugee protection. Many hoped for a change in the international division of labour for refugee protection through the spatial reallocation of refugees (resettlement) and other meaningful schemes.

However, the agreed compact reinforces the old spatial arrangement. Current host countries are asked to continue providing the space and the bulk of the resources for refugee protection. Rich countries help through development aid, preferential trade agreements, private sector investment, and similar measures. There is little room for spatial reallocation of refugees.

The compact’s proposed development aid to current host states is designed to stop the future movement of refugees to rich countries in the West. Many have challenged the usefulness of development aid in reducing migration. The model suffers from a faulty understanding of protection, and the causes of refugee’s continuing movement.

Jobs in current host countries are indeed important for refugee protection. As research shows, access to jobs, however, does not stop refugees’ movement if they lack a sense of overall security and still believe they can reach the desired threshold of safety elsewhere in the world.

While promoting increased economic involvement of the private sector in securing employment for refugees in current host countries, the compact largely ignores refugees’ labour rights. The omission risks turning refugees into cheap and unprotected labour for private enterprises and large transnational corporations. It subordinates refugee rights to the rationality of market relations and impersonal economic calculus.

Jobs matter. Regular jobs with a living wage matter more. Renewable or regular residence permit are crucial for refugees. Citizenship in a safe country that provides a secure and sustainable life for refugee families matter more. Political instability and the lack of human rights and civil liberties continue to motivate many refugees to move. Once displaced by war, conflict, or other calamities and insecurities, refugees would continue to move till they reach their desired and projected zone of security.

The compact is a sad statement about the shrinking space of refugee protection, and declining appetite of the wealthy states and their citizens in embracing those escaping violence. The call for a global compact for refugees was an attempt by the UNHCR to find a solution to the growing refugee crises in the world. What came out of two years of intense negotiations was a non-binding agreement, with no commitment to more resettlement, and only verbal support for increased aid to current host states.

Given the political mood on both sides of the Atlantic, persuading rich states to accept and implement a higher resettlement quota that corresponds to the protection needs of the growing refugee population in the world is indeed a daunting task. The difficulties involved in this quest should not, however, compromise the advocacy for resettlement and the centrality of refugee rights.

Refugee rights and resettlement should be front and centre of any agreement supported by the UNHCR. Predictable burden and responsibility sharing demands a change in the current international division of labour. That is not possible without a substantial increase in resettlement. Uncompromised advocacy regarding rights and resettlement is the only guarantee for refugee protection in the long run. Even from a pragmatic point of view, insisting on what is right is the best way to go.

Behzad Yaghmaian is a professor of political economy at Ramapo College of New Jersey. His books include "Embracing the Infidel: Stories of Muslim Migrants on the Journey West".

Global Compact on Refugees: How is this different from the migrants’ pact and how will it help?

Article: The Migration World Pact: wishes and realities
Numerous political leaders from all over the world are gathered these days in Marrakech, under the auspices of the UN, to sign a new migration agreement:...
Article: Climate migrants might reach one billion by 2050
Imagine a world with as many as one billion people facing harsh climate change impacts resulting in devastating droughts and/or floods, extreme weather,...
News: Aid spending stagnates as rich countries shift focus from refugees to poor nations
Rich nations spent more on helping poor countries last year but less on refugees at home, leading to stagnation in overall aid expenditure - which remains...
Blog: A new deal for refugees and migrants?
As world leaders gear up for the first ever UN Summit on refugees and migrants, civil society organisations already expect the summit to fail to agree any...
Printer-friendly version