The message of COP27: It’s time for continuous worldwide protest 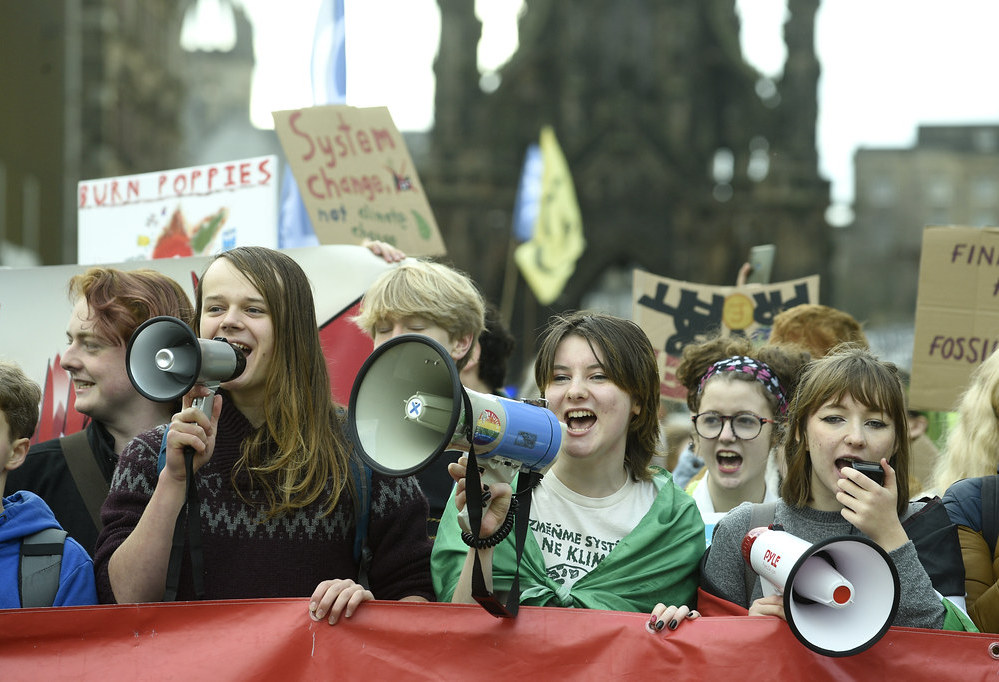 The latest UN Climate Change Conference – COP27 – ended in Egypt with an unexpected victory. Many campaigners for global sharing and justice lauded the historic establishment of a new ‘loss and damage’ fund to compensate countries most vulnerable to climate disasters.

But the small win was overshadowed by a lack of progress on fossil fuel phase-out. Rich countries claimed to champion the target of 1.5°c, while refusing to cut emissions in line with the principles of equity, fair shares and historical responsibility.

The pledge to donate $100 billion annually to help poorer countries tackle climate change still remains unmet, when the actual amount of finance that G20 nations rightfully owe the global South is in the order of $30 trillion.

It was left to campaigners to highlight the hypocrisy of political leaders who promoted false solutions and ‘net zero’ targets, and even closed fossil fuel energy deals on the sideline as climate negotiations went on.

The UNFCCC talks remain far from the inspiring vision spelled out in the latest Civil Society Equity Review of a rapid, equitable and just transition from fossil fuels to 100 percent clean and renewable energy systems.

Even media organisations worldwide published a common view before the talks about the need for nations to cooperate and fairly share the burden of tackling climate change.

The latest failures of the COP process to deliver real solutions and ‘Real Zero pathways’ only reinforces the need for vastly scaled-up civil society movements. As STWR’s founder Mohammed Mesbahi writes in our book ‘The intersection of politics and spirituality in addressing the climate crisis’;

This is the time when activists and engaged citizens must again, again and again organise massive demonstrations to compel governments to shift towards zero carbon economies as an overriding priority. We need the public to come in as a whole and embrace the necessity of rapid social transformation, almost like a huge boycott of consumerism, of the very idea of business-as-usual.

…We should now be protesting continuously around the world, not just once or twice each year or only during the Conference of the Parties. Total cumulative emissions have risen at an unparalleled rate in the new millennium, and [...] it is naïve or foolish to believe that world leaders will take effective mitigation action without immense pressure from the global public.

A collection of resources on COP27

COP27 closes with deal on loss and damage: ‘A step towards justice’, says UN chief

What climate debt does the North owe the South? By John Feffer for Foreign Policy in Focus

The imperative of cooperation: Steps towards an equitable response to the climate crisis - The 2022 Civil Society Equity Review, endorsed by STWR

The intersection of politics and spirituality in addressing the climate crisis, by Mohammed Sofiane Mesbahi

Report: The intersection of politics and spirituality in addressing the climate crisis
The following interview with STWR’s founder, Mohammed Sofiane Mesbahi, examines both the contemporary political and profounder spiritual implications of...
News: COP27 closes with deal on loss and damage: ‘A step towards justice’, says UN chief
After days of intense negotiations in Sharm el-Sheikh, countries at the latest UN Climate Change Conference, COP27, reached agreement on an outcome that...
Article: COP27: Almost nothing–but something real–Changed
COP27 marked the point where equity finally took center stage. National fair shares are now on the agenda, if only as the background to an inevitable...
News: People's power wins at COP27 as loss and damage fund established but talks fail to deliver on other key demands
As the 27th United Nations Conference on Climate Change (COP27) closes, the collective power of civil society groups and grassroots climate activists saw...
News: Climate Clock erected at COP27 says richest nations owe $31.8 trillion... and counting
As world leaders gather at the United Nations Climate Change Conference, the Climate Clock team is displaying reminders of a looming deadline and just how...
Blog: Rich polluting nations are hijacking 1.5C goal for their own aims
At COP27, wealthy governments are pushing for stronger efforts to limit global warming—while failing to deliver the finance and technology promised for...
Report: Rich countries falling billions short on ‘fair share’ of climate-finance goal
The US should be paying nearly $40bn towards the $100bn climate-finance target, new Carbon Brief analysis shows. This is $32bn more than the estimated $...
Printer-friendly version