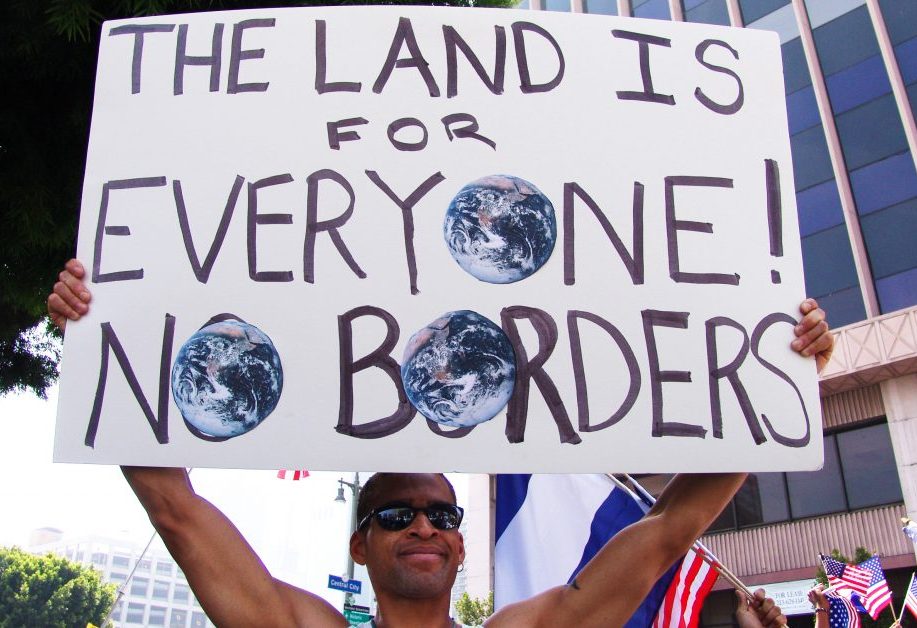 Behind some of the concepts that seem to be positive in the new agreement, the migration policy of the richest countries continues to be imposed on the legitimate interests that the most impoverished countries might have, completely ignoring their reality, writes Jon S. Rodriguez for transform! europe.

Numerous political leaders from all over the world are gathered these days in Marrakech, under the auspices of the UN, to sign a new migration agreement: the Global Compact for Migration. Migration has become one of the political priorities at a global scale and the richest areas of the world are all adopting similar xenophobic measures.

Good examples of this are the externalization of borders and the EU policies that have caused imprisonments in Turkey and also finance the self-proclaimed Libyan Coast Guard militias. These measures bear a remarkable resemblance to the Australian policies of detaining the asylum seekers in the remote island of Nauru, and also to the US policies in the Central American borders. Within this framework, the global relation of inequality is now also defined by setting apart the countries that send migrants from those who receive them. And this becomes an element that serves the purpose of perpetuating colonial and postcolonial models of international relations.

Moving straight on to the subject of the aforementioned Pact, it is a document that isn’t actually legally binding. Its objective is to promote models of agreements between different countries or regional organizations. Although this isn’t necessarily a negative thing per se, when we examine the specific treaty provisions we observe some of its true objectives. The approach is completely securitarian, since it promotes a border management system that criminalizes everyone who dares to cross it, advocating for a selective migration model.

That means that the States can pick who are welcomed in their countries to satisfy the interests of the market. It is an exercise of commodification of people to exploit them that sharply contrasts with the global model of free movement of capital. It’s also worth noticing that this kind of selective migration is presented as a legal and safe way to access, when it is actually made conditional to the closure of borders, a model that in the EU has caused more than 2,100 deaths in the Mediterranean in 2018.

Another element that enhances the criminalization of migrants and of those who show solidarity with them is the collection of all type of personal data. This Pact recommends to gather and share this information among the police forces of all States. This not only infringes the right of privacy, but it also allows the creation of police files without any type of control in order to further increase the repression of migrants.

Finally, this Pact encourages the reinforcement of two elements of the European migration policy that are, in their own right, violations of human rights: detentions and deportations. Through this document, the incarceration and deportation of people based on their administrative situation become the standard procedure of migration policy and admission of migrants, and it doesn’t even make an exception when dealing with minors. Thus, some of the most harmful treaties like the one negotiated by the Spanish and Moroccan governments to deport unaccompanied minors without practically no guarantees would be legitimised by this Pact.

But beyond these specific considerations, what this Pact represents is a confirmation of the use of migration policies as an additional element of the relation of inequality between the countries of origin and those of destination, between the richest and poorest countries, precisely, due to the exploitation of their workers and natural resources by big (mostly western) corporations.

The conditionality, which has been a usual practise of the European Union, is nothing other than establishing that any measure that could be beneficial to the majority of the population of the countries of origin, would not be implemented unless said country accepts the migration policies of the country of destination. In this way, the EU could stop financing development cooperation projects in African countries that don’t accept not only the deportation of people to their country, but also, for example, the imposition of a specific visa or border control policy issued directly from Brussels.

Thus, the migration policy of the richest countries is imposed on the legitimate interests that the most impoverished countries might have, completely ignoring their reality, as it happens with the freedom of movement within the African Union, which was de facto abolished due to the border policies imposed by the EU on the continent.

Besides, this is a double-edged sword: on the one side, the policies of the richest countries are imposed on third countries but, on the other side, it gives legitimacy to those who accept them. In this way, some of the dictators that are seriously damaging the rights of the majority of the population, such as Colonel Sisi in Egypt or Omar al-Bashir in Sudan, suddenly become respectable members of the international community, since the EU is willing to whitewash their crimes in exchange of complicity to these policies.

The reality of these impositions at ground level is incredibly tough and we don’t need to look too far. It’s enough to analyse the situation in our neighbouring country, Morocco, one of the pioneers of this model of migration treaties. The situation in this country is increasingly precarious for the sub-Saharan migrant community that is trying to reach Europe. Since the beginning of this Summer, those countries with a greater number of migrants, such as Guinea or Côte d’Ivoire, are required to present a visa, forcing the people of these countries to take alternative routes that are much more expensive and dangerous, which in turn nurtures the mafias.

As a consequence, the repression of the black population in Morocco has also increased. They continuously suffer from police brutality and are randomly detained. Sometimes they are taken to a deserted area and abandoned. There have even been some cases in which this happens to legal residents.

In this context, the EU promised a set of economic aids via their Africa Trust Fund that would improve the life conditions of these people. However, according to the testimonies of the Moroccan migrant community, these aids have materialized into nothing and must be lost in the bureaucratic tangle that characterises the administration of the North African country. It seems like the only observable European funds in Morocco are those that have financed the detention centres in the north of the country, the riot control gear used at the Ceuta and Melilla borders and the growing number of deportations conducted from Morocco, many of which are partially paid using the Spanish public purse.

The only safe way to get out of Morocco is through the so-called voluntary return and reintegration to the country of origin, implemented by the International Organization for Migration, that entails an economic assistance of approximately EUR 500. The data provided by this organization confirms that there are more than 1,000 people in Morocco waiting to return and that the immense majority of them do it because they have had traumatic experiences in that country, such as police torture or having lost a relative or a friend at the sea. To those people who have suffered, the only thing that we, the richest countries of the world, are capable of offering is a return ticket to the violence, misery and exploitation from which they were forced to flee.

That is the problem of this Pact that is going to be signed in Marrakech. Behind some of the concepts that seem to be positive, such as the global treaties or the facilitation of certain arrivals, lies a global migration model imposed by the policies of the countries in which the far right runs the agenda. And it does so by perpetuating a system of political impositions to third countries, to the point at which they limit the legitimate interests of these countries in order to fulfil the xenophobic wishes of the richest countries.

Some of the States governed by the far right such as Poland or Italy have already announced that they won’t sign it, but this is just a strategy to set themselves apart from other countries, since they share the same migration policies with the EU. This is obvious given that they hold powerful positions at the European Council and Parliament.

The European left cannot let them dictate the agenda and we must call for a policy that rests on the shoulders of two key documents of international law in this field that this Pact unfortunately doesn’t even mention. The first one is the International Convention on the Protection of the Rights of All Migrant Workers and Members of their Families: we must urge the Spanish State to ratify it immediately. The second one is the Universal Declaration of Human Rights: Article 13 guarantees freedom of movement, but this right is being violently trampled by the governments of the richest countries of the world.

Blog: 'New walled order' for migrants worldwide as governments criminalize compassion and erect barriers to basic services
Migrants around the world are facing new barriers to humanitarian aid and public services as some governments have criminalized or sought to limit efforts...
News: Reject dangerous migration response plan, more than 120 NGOs tell EU leaders
A coalition of NGOs strongly condemn the new EU policies to contain migration, calling on member states to shoulder their fair share of responsibility for...
Article: Climate migrants might reach one billion by 2050
Imagine a world with as many as one billion people facing harsh climate change impacts resulting in devastating droughts and/or floods, extreme weather,...
Blog: End the wars to halt the refugee crisis
"Despite the obvious correlation between Western-sustained wars and the EU’s refugee crisis, no moral awakening is yet to be realized." By Ramzy Baroud.
Printer-friendly version