A vision of sharing in a not-for-profit world 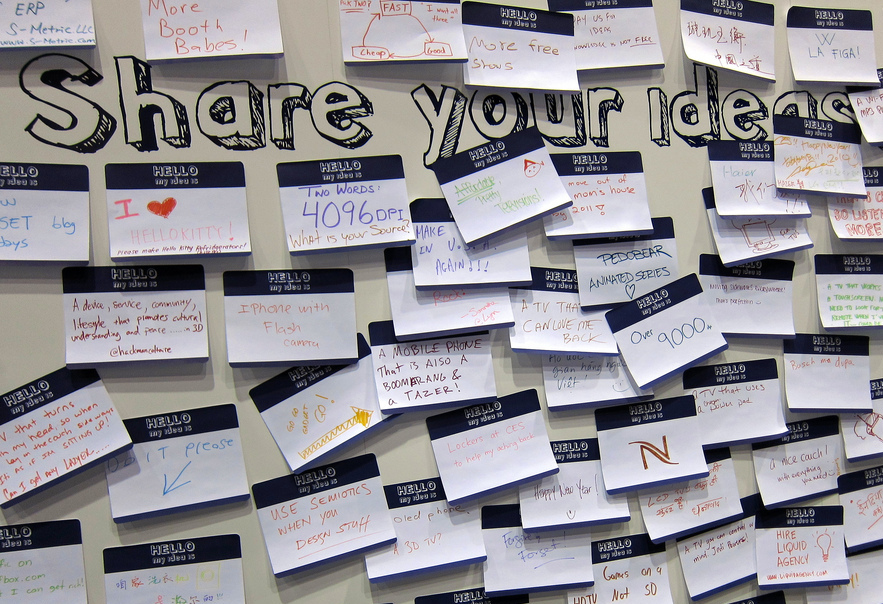 A new project by the Post Growth Institute is exploring the prospect of a mainstream shift toward not-for-profit enterprise as an alternative to the growth-based model of business and finance. Could this form a crucial plank in the vision for a new economy based on sharing and cooperation, rather than competition and endless consumption?

In recent weeks, the Post Growth Institute has launched a new initiative that will explore the prospect of not-for-profit enterprise becoming the central model of local, national and international business by 2050. The ambitious project aims to present a bold yet measured proposal for how businesses can transcend self-interest and the profit motive, and become free of the legal constraints faced by publicly limited companies to generate a pay-out to shareholders - enabling every business to uphold, as its essential raison d'être, the fulfilment of social and environmental objectives.

As a promotional video and an article about the project explains, a new formula for an economics of sustainability is urgently needed; one that encourages innovation while ensuring a thriving, high quality of life for everyone within ecological limits. The Post Growth team of researchers are currently assembling their examples, interviewing thinkers in the field, and creating case studies to refine their model. They propose to publish their findings in a book by the end of 2013, along with a website -www.howonearth.us - that will host a comprehensive database of concepts, models and activities that could form part of a new macroeconomic framework based on not-for-profit enterprise. It will provide information on how to start, scale and sustain not-for-profit enterprises in countries around the world, as well as showcase businesses that have already made the shift to a not-for-profit structure.

This promises to be an interesting and potentially valuable project for many reasons, not least for the simplicity of its message that goes to the heart of much that is wrong with today's world. Since the bailout of banks in the wake of the global financial crisis of 2008, no-one could be left unawares of the greed and inequality that stems from the blind pursuit of never-ending growth and profit, which has become ubiquitously symbolised by the mighty bankers' bonus. Yet despite the continued efforts of government leaders to resuscitate and restore the growth-based model of business and finance, including the ever-sinking European Union, there are many saner alternatives being proposed to the (always unsustainable) status quo.

The Post Growth team are seeking to bring together the various components that are emerging for an economic alternative, from the rise of social enterprise to collaborative consumption, peer-to-peer production, purpose-based motivation, open source community manufacturing, community economiesand asset-based approaches to economics. According to the project brief, the new economic paradigm that has been developed by Donnie Maclurcan and his colleagues over some years also accounts for the complex nature of finance in a globalising world, and they will present a thesis as to why the not-for-profit model could spur greater innovation and individual creativity, and even make more sense in the near future for international conglomerates like IBM or Coca Cola.

There are of course many questions that remain if we are talking about a vision for a new global economy that ensures that goods and services are provided for the purpose of being shared, and on the basis of need rather than purely for profit. To what extent would such a shift address the modern obsession with consumerism, and what is the role of governments in facilitating this transformation, particularly in terms of regulating resource use and commercial advertising? What are the applications of such a model for addressing poverty and hunger in the developing world, and does the concept have any bearing on international development strategies or the role of the United Nations and its agencies? Furthermore, how do we create a mainstream shift towards not-for-profit business when vested interests will do anything to defend the existing system that centralises wealth and power into their hands, and when the most powerful governments show no interest whatsoever in moving towards a truly egalitarian, cooperative and sustainable world?

But as depicted in the slogan for Free Money Day (another initiative of The Post Growth Institute); ‘sharing is common cents'. And so we await with anticipation the conclusions of a project that may help to demonstrate how economic sharing, rather than endless competition and individual consumption, really does make more sense on a planet with finite resources.

Blog: Imagining the ultimate global sharing day
The growing support for the sharing economy has the potential to change the way we understand and address the many challenges we face. But it is at the...
Article: A new economic paradigm: sharing the world’s resources
Share The World's Resources was interviewed on VoiceAmerica talk radio about the reasons for founding the organisation, what economic sharing means, and...
Article: Global Sharing Day 2013: let's talk about food
The idea of sharing food has taken root in recent years as a response to our broken food systems, but does it make sense to talk about food sharing on a...
Printer-friendly version