Are we moving towards a ‘world free of poverty’? 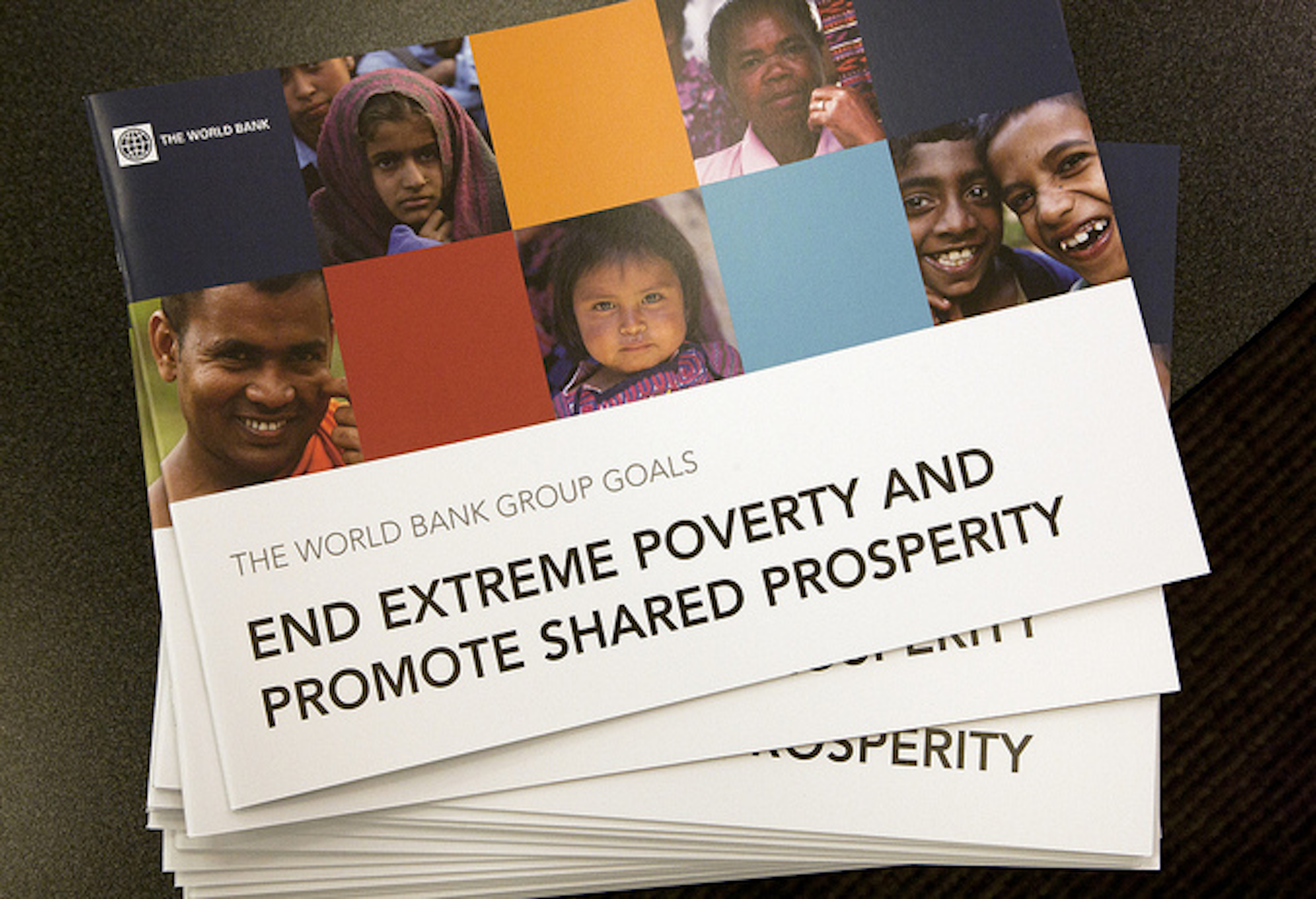 There are reasons to question the World Bank's upbeat estimate of global poverty, especially if non-income dimensions are considered. If we adopt a truly international poverty line, there could be around five billion poor people in the world - far beyond the 700 million estimated, explains Iyanatul Islam.

A ‘world free of poverty’ is the motto of the World Bank (WB). It monitors extreme poverty in the world by using the so-called ‘one dollar a day’ poverty line that was constructed in the 1990s. Today, this international poverty line has become $1.90 a day.

How has the world fared in terms of the battle against extreme poverty? The recently released ‘Global Monitoring Report’ (GMR), jointly authored by the IMF and the Bank, has offered an upbeat estimate.

Given that the GMR is primarily intended to be a report card on the Millennium Development Goals (MDGs) which formally expired at the end of 2015 and are now the ‘Sustainable Development Goals’ (SDGs), the World Bank assesses trends in extreme poverty between 1990 (the start year of the MDGs) and last year.

GMR argues that ‘…the world has made rapid strides in poverty reduction since 1990’. Based on ‘tentative projections’, GMR notes that by 2015 the global poor ‘…may have reached 700 million’ or a poverty rate of 9.6 per cent. At this rate of progress, extreme poverty would be negligible by 2030 – the terminal year of the SDGs. This would enable the Bank to argue that we have reached a ‘world free of poverty’.

But … will we? What is true for the world at large is not necessarily true for parts of the world. One of the world’s poorest regions, sub-Saharan Africa, has not really attained the first of the MDGs. According to statistics reported in GMR, extreme poverty in sub-Saharan Africa was 56.8 per cent in 1990 and was projected to decline to 35.2 per cent by 2015. This is certainly a commendable achievement, but does not mirror the rate of poverty reduction at the global level. This reflects the well-known feature that global trends in extreme poverty have been influenced by rather rapid progress in Asia – home to some of the world’s most populous nations.

There is another aspect to global poverty that induces one to adopt a more circumspect perspective. The international poverty line measures income poverty but ignores its non-income dimensions – such as lack of access to health, nutrition, education, employment, housing and so forth. Of course, both income and non-income dimensions are significantly correlated, but there can be marked divergences. One estimate of a generic ‘multi-dimensional poverty index’ or MPI (which is now available for 101 countries) suggests that in 2015 1.6 billion people or 30 per cent of the population in 101 countries were ‘multi-dimensionally’ poor.

Even if one does not take account of a MPI, the current international poverty line of $1.90 a day is simply too penurious to capture the incidence of poverty in such upper middle income countries as Malaysia. Global poverty – as Lant Pritchett has so eloquently argued – is a misnomer if the World Bank criterion, embedded in the recently expired MDGs framework and likely to persist under the current SDGs, is used. While it might yield reasonable estimates for Swaziland, poverty under this standard would be non-existent in Switzerland. Why should one discount the existence of poor people in rich countries while focusing only on extreme poverty in poor countries? Why set the bar so low and ‘define development down’ as Pritchett and Charles Kenny have further argued?

Global poverty should take account of all the poor in all countries, which suggests a poverty line that is a reasonable approximation of an OECD standard. Using this capacious approach, there are around five billion poor people in the world at large or approximately 68 per cent of the population – and not the 700m in recent WB estimates.

Tackling global poverty is indeed a monumental task. If the approaches discussed here are seriously considered, we are unlikely to inhabit a ‘world free of poverty’ by 2030. This would only be possible if the bar is set too low. And it is indeed being set too low.

Iyanatul Islam is Chief of the Employment and Labour Market Policies Branch at the ILO in Geneva and Adjunct Professor at the Griffith Asia Institute, Griffith University, Brisbane, Australia. The author writes in a strictly personal capacity.

How the other tenth lives [The Economist] - note that it would theoretically cost just $159 billion a year to end extreme poverty, according to the World Bank’s data, or less than 0.2% of global GDP.

Blog: 'Good news' claiming 'falling global poverty' isn't news at all
Is poverty really on the decline across the world, as widely reported by the World Bank and United Nations? This ‘good news’ narrative is far from the...
Article: Connecting the dots: Human rights, inequality and poverty
We can rapidly realise the human rights of the world’s poor through global institutional reforms that reduce inequality and share the planet's natural...
Report: Beyond the Sustainable Development Goals: Uncovering the truth about global poverty
The Sustainable Development Goals – despite their positive and progressive rhetoric – by no means constitute a transformative agenda for meeting the basic...
Article: Should we celebrate a decline in global poverty?
The World Bank's latest data suggests a decline in global poverty throughout every region of the developing world, as well as the fulfillment of the...
Printer-friendly version