The big question about British foreign aid is always missed: what is it supporting? 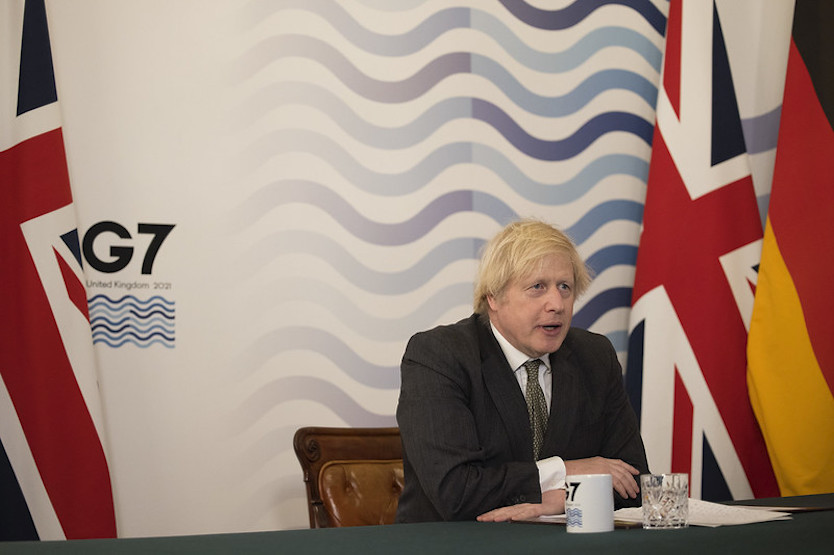 If aid is to meaningfully tackle poverty, it can’t just be about charity. Instead, it should be about redistributing the world’s resources and dismantling the power structures that maintain global inequality, writes Aisha Dodwell.

Attempts by Tory rebels to push through a vote on the aid budget were thwarted by the Speaker, Lindsay Hoyle, after he ruled their proposed amendment to the research and invention bill was out of the scope of the legislation.

This means the debate over what percentage of national income should be spent on overseas aid will rumble on. But for too long, disproportionate attention has been placed on the narrow question of how much is spent, at the expense of discussing what aid is being spent on and, crucially, why we spend it at all. While it is important to defend the commitment to spend 0.7% of national income on aid, we must not lose sight of the broader issues at stake in relation to the aid budget.

When spent well, aid can transform lives and, in humanitarian crises, quite literally save lives. Spending aid to bolster public health and education provision, or funding grassroots women’s rights groups to advocate for gender equality, are examples of how aid can be spent meaningfully.

But the full potential of aid spending has not always been realised: despite being legally obliged to spend aid on tackling poverty overseas, successive governments have often pursued projects based on an ideological belief in free-market and trickle-down economics. Aid-funded projects such as thecontroversial prosperity fund, which aims to open markets in middle-income countries, have struggled to show how they reduce poverty.

The One campaign found that the government wastes millions each year on similarly ineffective programmes with questionable impacts on poverty reduction. Meanwhile, aid-backed projects such as the opaque conflict, stability and security Fund have been used to bolster Britain’s security interests by supporting security services overseas, including some with worrying human rights records.

What’s missing from recent debates surrounding aid are open and honest conversations about the deep-rooted causes which are embedded in the unjust structures of the global economic order that trap billions in poverty. We still have a global economy that continues to be rigged in favour of wealthy nations and corporations.

As the UK increasingly reckons with its own past thanks to the Black Lives Matter movement, now is the time to reassess Britain’s long and complex relationship with the countries receiving aid. Most of the world’s poorest countries are former colonies whose people and resources were exploited by imperial powers such as Britain, the legacy of which remains deeply imprinted on the (unequal) way the world works today.

This is a point clearly articulated by Pope Francis, who has called for an overhaul of the perverse global economic system, which is based on an unfounded belief in the “magic theories” of the free market and a “crude and naive trust in the goodness of those wielding power.” This system, he argues, is what “keeps the poor on the margins.”

We see this in the way current global trade rules, overseen by the World Trade Organization, often work against poorer nations. Consider the refusal by Britain to waive Covid vaccine patents – despite giving aid to help distribute vaccines across the global south, the government is upholding trading rules preventing countries from developing their own vaccines affordably. The benefit of British aid for vaccines is undermined by broader government policy, all in order to protect the profits of pharmaceutical companies.

Then there’s the issue of corporate tax avoidance, which drains low-income countries of vital resources. Despite last week’s G7 announcement of a new minimum corporate tax rate, the Tax Justice Network shows that this move primarily benefits the G7 nations themselves.

Although the move recognises the need to improve corporate taxation, it is far from the desperately needed overhaul of the global tax system, and fails to limit the damaging use of tax havens – which are estimated to cost low-income countries $200bn each year. To put that in perspective, the combined amount of aid given by all wealthy nations in 2019 was $153bn.

Meanwhile, the growing debt crisis in many global south countries is crippling their economies as they struggle to repay high-interest loans, a situation that has been compounded by the pandemic. Even before Covid hit, countries such as Zambia were spending more on debt repayments than on healthcare.

The amount low-income countries owe in debt payments often dwarfs the amount received in foreign aid. Sudan, for example, owes Britain nearly £900m, 80% of which was accrued through interest, meanwhile the country will receive £44m in British aid this year – raising the question of who is actually aiding whom here.

Poverty is political – a result of manmade decisions, and aid can only ever play a small, albeit important, part in tackling it. When seen in this light, the recent arguments made in defence of the aid budget are conspicuous in their limitations. The current rebellion against the government’s cuts has been dominated by two stories. On the one hand, aid is championed as an act of charitable benevolence that saves lives, and maintaining the 0.7% spending target is seen as a sign of Britain’s upstanding moral character.

On the other, aid is presented as a tool of soft power that will improve Britain’s national and security interests, strengthen our international standing in the world and counter the influence of so-called “hostile states”. As the Conservative MP Tobias Elwood recently said: “Britain needs to use its power and influence wisely. We can make great gains with our soft power – a key part of which is … aid.”

But if aid is to meaningfully tackle poverty, then we need to reframe its very purpose. It can’t just be about charity, and shouldn’t be about self-interest. Instead, it should be about tackling the root causes of poverty, redistributing the world’s resources and strengthening those organisations and individuals across the global south who are on the front lines of the fight against poverty and injustice. Aid, crucially, needs to be part of a broader commitment to dismantling the power structures that maintain global poverty and inequality.

Underlying our approach to aid must be an awareness of the colonial roots of today’s world order – a point often made by citizens of the global south but too rarely heard here. In a letter to Boris Johnson last year, Zambian bishop the Rev George Cosmas Zumaire Lungu reminded Boris Johnson that Britain became wealthy thanks to the extraction of resources from countries such as his own. In pointing out the historical and unequal relationship between the two nations, he urged Johnson not to slash the aid budget.

Mr Lungu was right. Aid is not a favour or a charitable gift, but one part of the duty that Britain owes to the world.

Aisha Dodwell is head of campaigns at the Catholic Agency for Overseas Development, and a former political adviser to the shadow secretary of state for international development.

Report: Re-imagining UK aid: What a progressive strategy could look like
For too long aid spending has been driven by notions of charity, national self-interest, and an ideological belief that free markets and multinational...
Article: Aid in reverse: how poor countries develop rich countries
New research on global financial flows shows that the usual development narrative has it backwards; aid is effectively flowing in reverse. And some of the...
Article: The inconvenient truth about foreign aid
Poorer countries routinely put more resources at the disposal of donor country interests than they receive in foreign aid—but it doesn't have to be this...
Report: The seven myths of ‘slums’ - myth 6: international aid is the answer
Never in the history of cities have there been so many projects for improving slums and the living conditions of the urban poor by international aid...
Article: Much “foreign aid” Is taxpayer-funded plundering of the global south
In actuality, USAID has been a taxpayer-supported program for neocolonial exploiters requiring long-term protection at public expense, writes Barbara G....
Printer-friendly version