The brown economy is killing us: Here's how to fix it 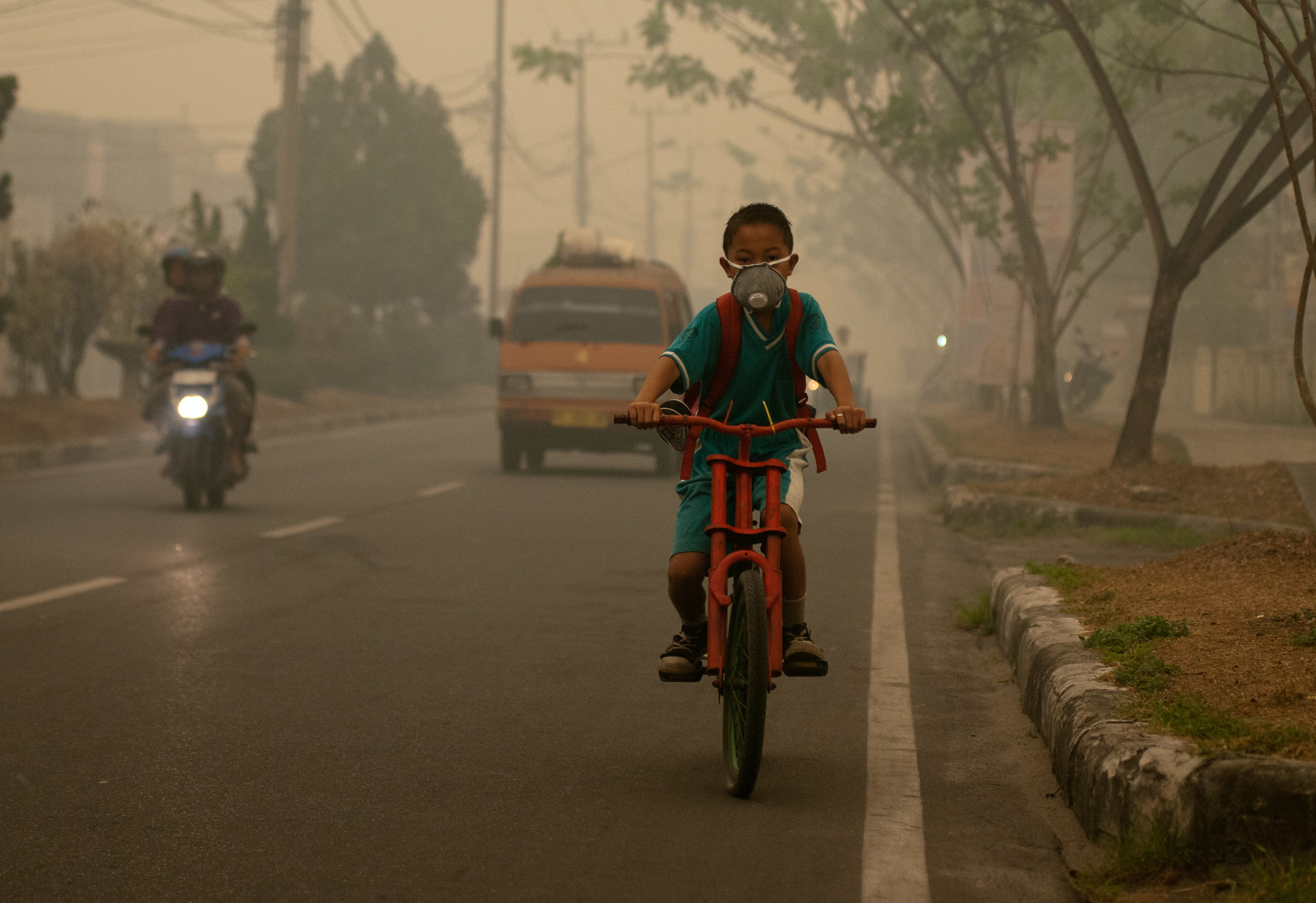 Instead of endless growth, can we put human health and welfare at the heart of the global economy, the prime policy goal of governments and business alike? By Ben Martin for the Green Economy Coalition.

What does the environment have to do with your health? Well, more or less everything, as it turns out. The planet provides the air that we breathe, the food and water that nourish and sustain us, the materials surround us every day. A healthy environment leads to healthy people – and, of course, visa-versa.

But the interconnections between health and environment are subtler and more complex than just diesel fumes, contaminated chicken and asbestos in the attic. And in fact, rather than spending billions on treating people harmed by their increasingly toxic environments, we could save billions and increase human happiness by making our planet a healthier place to live.

Some of the threats posed to public health by the brown economy are obvious: water contaminated by industrial run-off, processed meat stuffed with chlorine, antibiotics and hormones, cities choked by smog. A 2017 report in the Lancet found that environmental pollution contributed to more than 9 million deaths annually – one in six of the total – with low-income countries like Bangladesh and Somalia particularly affected.

And the health implications of unchecked climate change are also well understood, with heatwaves, disease outbreaks, natural disasters and malnutrition all intensifying as the world warms. These facts alone are a powerful argument for moving to a new way of organising our economies.

Of course, it’s important not to forget that public health has improved enormously since the industrial revolution, and that modern societies have delivered benefits to their citizens in terms of longevity, freedom from disease, better sanitation and so on.

But the expansion of material wealth that has fuelled these medical advances has been bought at a cost – a cost borne by the environment, whose natural capital is harvested as raw materials, and the poor, who live and work in unhealthy and sometimes outright dangerous conditions, often to produce goods and services for the global economy. These deferred costs will have to be borne eventually.

And there’s mounting evidence to suggest that – even in wealthy countries – our economies are increasingly harmful to those who live in them. As our air becomes more polluted, our food less nutritious, and our lives ever more frantic, fragmented and stressful, it’s no surprise that the cost of treating people affected by related health conditions is ballooning.

The World Bank estimates that air pollution alone costs the global economy more than 5 trillion USD every year. Just one city in the US, Flint, Michigan, faces projected costs of 400 million USD after toxic lead from industrial run-off contaminated the city’s drinking water. And the rise of unhealthy processed foods has resulted in an obesity and diabetes crisis in the West: by 2035, the NHS is projected to spend 20% of its total budget on diabetes-related illnesses alone.

The cost of caring for those damaged and diseased by the brown economy is already considerable. And it’s continuing to grow. As healthcare systems creak under the strain, politicians struggle with how to pay for this rising tide of poor health and debilitation. But these financial figures, grim as they are, do not capture the most pernicious effects of the brown economy, which cannot be measured in monetary terms: simple human pain, suffering, and loss.

A green economy is a healthy economy

But there is another way. It’s a truism in health circles that prevention is better than a cure – for example, it saves on both cost and suffering to vaccinate children against polio rather than waiting to treat adults with the disease. And the green economy approach, it turns out, has powerful preventative benefits to a whole host of health risks.

As Richard Wilkinson & Kate Pickett’s The Spirit Level demonstrated, more inclusive, equal, and cohesive societies have markedly lower rates of obesity, drug abuse, depression, teenage pregnancies, and violence. Redesigned energy and transport systems will not just cut air pollution, but also encourage healthier modes of movement like walking and cycling. And reforming markets and businesses so that they are accountable for their impacts on society and the environment would end private profiteering at the expense of people’s health. The green economy addresses the root causes of much of the social and human costs of industrialised societies, rather than merely sticking plasters on symptoms.

The positive health impacts of action on inequality, decarbonisation and economic reform are well known. Indeed, a 2014 IMF paper found that strong carbon pricing would be in countries’ economic and social best interests even if climate change didn’t exist – because it would reduce air pollution and substantially improve public health.

There’s almost nothing that’s more important in most people’s lives than their own health and wellbeing, and that of their families. But when it comes to our economies, it seems that people’s health is at best a secondary concern, too often ignored or subordinated to the pursuit of profit and GDP growth. We know that policymaker’s obsession with growth is damaging our societies and our planet – even the World Economic Forum agrees – and we’ve long argued that we need to get beyond GDP as the central organising principle of our economies.

So perhaps instead of endless growth, could we put human health and welfare at the heart of the global economy, the prime policy goal of governments and business alike? If our social and economic systems were designed to prioritise people’s wellbeing over profit, and policies, industries, jobs and lifestyles were designed to support that goal – what would that society look like? We think it would probably look a lot like the green economy.

Ahead of the UN High-Level Political Forum in July, the GEC and partners are exploring five key themes that together make up a fairer, more sustainable future: the Five Principles of Green Economy.

Article: If America can find $716bn for the military, it can fund the Green New Deal
At long last the political debate in the world’s richest country is vibrant with proposals that would help the most vulnerable in our society. And what do...
Article: The meaning of the Green New Deal
The Green New Deal strongly affirms the need for more equity and social justice, and the fact that these principles are being presented and endorsed by...
Blog: Why economic growth is not compatible with environmental sustainability
Federico Demaria addresses the crucial issues of economic growth and environmental degradation, and asks: is the well-being of the individual, societies...
Report: The intersection of politics and spirituality in addressing the climate crisis
The following interview with STWR’s founder, Mohammed Sofiane Mesbahi, examines both the contemporary political and profounder spiritual implications of...
Printer-friendly version