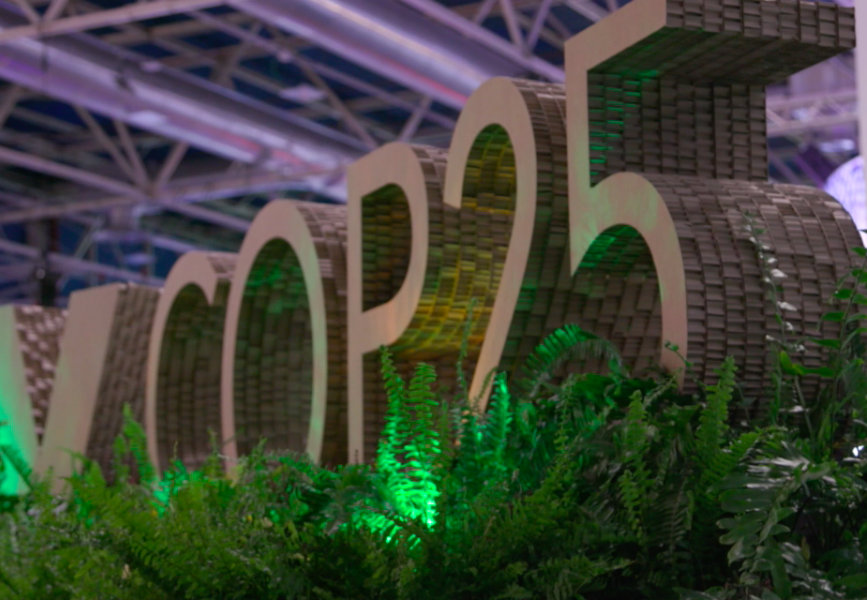 At COP25, the world has moved even further from core principles of equity in tackling the climate crisis. By Kabir Agarwal for The Wire.

On Saturday evening, as COP25 pushed 24 hours beyond its planned deadline, the global climate action group Extinction Rebellion delivered what it said was a mass of “Madrid’s finest horse manure” outside the venue, exclaiming “what a pile of shite that was”. Their jibe was directed at the suits inside the venue who had been unable to agree on much-needed climate action to help the world, especially the developing world, deal with the effects of global heating.

COP25 has been the longest running COP in the events’ 25-year history. It finally wound up at 6:30 pm IST on Sunday.

The countries party to the Paris Agreement failed to agree on rules and procedures to govern a global carbon market, on finance for losses caused by extreme weather events, on meeting the commitments made before the agreement and on raising their ambitions.

Antonio Guterres, the UN security general, offered a candid summary: “I am disappointed with the results of COP25. The international community lost an important opportunity to show increased ambition on mitigation, adaptation and finance to tackle the climate crisis.”

That the developed and the developing worlds had opposite views on each of these was clear from the beginning of COP25, but the divergence only grew over the course of two weeks as the developed world – led by the US – blocked any attempt at a compromise using a ‘take it or leave it approach’.

“They refused to [cede] even an inch,” one diplomat from a developing country said. “They refused to recognise the importance of finance for loss and damage, the raising of finance for adaptation, the significance of meeting pre-2020 goals from an equity standpoint. I am afraid we have moved away from the core principle of common but differentiated responsibilities enshrined in the Paris Agreement.”

Common but differentiated responsibility (CBDR) recognises the importance of all countries doing their bit to both adapt to and mitigate global warming – but how much they ought to do is to be be decided by accounting the stage of development each country is at, their vulnerability to the climate crisis and their responsibility in causing it. This principle is mentioned in the preamble of the Paris Agreement as one of its guiding forces.

At COP25, the developed world didn’t honour CBDR, instead pushing back against any decision, often with strong language, on the provision of finance to developing countries to help them mitigate, adapt and deal with losses due to climate change.

It also blocked any commitments to meet its emissions reductions under the Kyoto Protocol, the outgoing climate regime to be replaced by the Paris Agreement next year.

The developing countries, led by India, had put their foot down for the duration of COP25, arguing that not honouring pre-2020 commitments would mean that the burden of meeting the resulting emission gaps would fall on developing countries under the Paris Agreement, which in turn would violate CBDR.

This issue will now come up for debate again next year – but until then, precious time that could have been spent taking measures to deal with climate change will be lost.

On Friday, Costa Rica’s environment minister, Carlos Manuel Rodríguez, pinned the blame on Australia, Brazil and the US for stalling progress on carbon markets: “Some of their positions are totally unacceptable because they are inconsistent with the commitment and the spirit that we were able to agree upon in Paris in 2015.”

Brazil has been keen to institute double-counting: a way to measure emissions reduction whereby if country A reduces its emissions by X, earns carbon credits for X, sells that to country B, allowing B to pollute X amount, both A and B will be considered to cut their emissions by X each.

The US resisted this change the most. Moreover, since the US – the largest historical emitter of greenhouse gases – is also leaving the Paris Agreement next year, its government apparently wants to ensure it isn’t at all liable for any loss/damages due to climatic causes.

American negotiators also demanded that the Warsaw International Mechanism, through which finance for loss and damage enters the system, be governed by the body responsible for the Paris Agreement and not by the body that governs the UN Framework Convention for Climate Change.

But they didn’t quite have their way as this decision has also been pushed to next year, when the US won’t be present at the table. However, they did manage to block any significant financial commitments.

“We have seen floods in Mozambique and Malawi, droughts in Senegal and the Gambia, and flooding in Bangladesh and Nepal,” Sonam Wangdi, the chair of the least developed countries group and a member of the Bhutan delegation, said in a statement. “Scientists say it is only going to get worse. More climate action and support is urgently needed, not less. But some countries seem to be working to limit their obligations under the convention and the Paris Agreement.”

COP25 Was a Failure, But Activists’ Collective Organizing at the Talks Was Unprecedented - Democracy Now!

News: New STWR book: The spiritual dimensions of a climate emergency
STWR have published a book version of the popular dialogue with Mohammed Sofiane Mesbahi, titled ‘The intersection of politics and spirituality in...
Blog: Climate financing being underhanded by rich nations, NGOs charge
The successful battle against climate change – which has triggered a rash of natural disasters, including floods, droughts and rising sea levels— will be...
News: 'Climate apartheid' to push 120 million into poverty by 2030, UN says
The world is facing a "climate apartheid" between the rich who can protect themselves and the poor who are left behind, the UN has warned in a new report...
Report: US and EU owe more than half the cost of repairing future damage caused by climate disasters
New analysis sets out how much responsibility the wealthy countries behind the climate crisis must take for the devastating impact that rising global...
Printer-friendly version