A Global Movement for Sharing and Justice 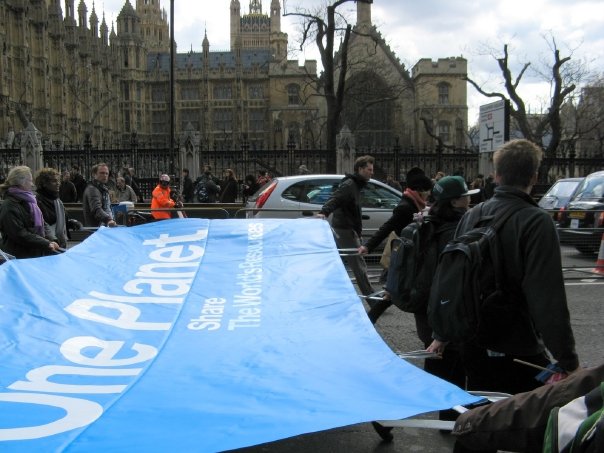 The world situation as we approach the spring of 2012 is both formidable and unprecedented.

Signs of despair are everywhere to be seen: as the economic crisis continues to worsen in many developed countries, austerity measures are wrecking economies and causing widespread unemployment and uncertainty.

Following the devastating famine in Somalia last year, now millions more people are threatened with hunger across the Sahel region of Africa as UN agencies struggle to raise even barely sufficient emergency funds. In the Middle East, the threat of another major war with potentially catastrophic consequences is becoming an increasingly real prospect. Meanwhile, governments are failing to adequately address urgent ecological and social crises, including the rapid depletion of the world’s natural resources, surging carbon emissions, and growing divisions in wealth and poverty.

Yet this is far from the entire picture. Although most trend lines continue to go in the wrong direction, there are great signs of hope that we can transition to a more just and sustainable world. Alternative models now exist that provide a living example of economic re-localisation and economic democracy, including the rapid growth of farmers markets, community-supported agriculture, the worker-owned co-op movement and community-based green energy projects. Many communities, from within North America and Western Europe to poorer countries like the Philippines and El Salvador, are building more rooted and localised economies, many of which have weathered the economic crisis better than those dependent on a few large multinational companies to provide employment opportunities, goods and services.

There are also many reasons to remain excited and motivated by the various protest movements that emerged in 2011, not least the unanticipated Occupy Movement that spread with incredible speed from Wall Street to other cities throughout the Western world. All of a sudden, commentators everywhere are talking of a new moment of possibility unlike anything we have seen before, as if a political space has opened up that nobody knew existed. With the Movement’s reliance on leaderless democracy and equality of participation, the political imagination of ordinary people has been given license to contemplate radical alternatives to our existing unjust and failing institutions. Even across large sectors of society outside of the popular protest movements, there is a widespread questioning of the current economic model based on endless growth and unsustainable consumption.

The broad requirements of a balanced, just and peaceful future society are frequently reiterated in the many documents on sustainable development. The central challenge is to eradicate poverty, eliminate the world’s vast inequalities and provide sufficient wealth for all people and future generations – all in accordance with ecological limits and the equilibrium of the Earth system. This is to recognise that the pursuit of unending development on a finite planet is unsustainable and impossible, and that reducing the extreme disparities that exist between and within countries is the most urgent priority of the 21st Century.

It is this basic demand – for a fairer sharing of the world’s wealth, requiring a massive transfer of resources from North to South – that has yet to become a rallying cry of demonstrations and protest movements worldwide. Only such a cause is likely to unify citizens of the richest and poorest nations on a common platform, one that recognises the need for global as well as national forms of redistribution as the pathway to ending poverty and ensuring sustainable development. As we move deeper into 2012, the possibility of realising such a truly global movement for sharing, justice and peace has never held such a tremendous possibility.

Article: The power of protest tactics: ‘just do it’
Filmmaker Emily James spent a year documenting the secretive world of environmental direct action, delving into the motivations, creativity and...
Article: The cry for justice
As the economic crisis worsens, the foremost responsibility of governments is to redesign our political and economic systems so that no-one dies of hunger...
Blog: A new era of global protest begins
In line with the steady rise in social unrest over the past decade, it’s likely that we will witness an unprecedented escalation in large-scale citizen...
Printer-friendly version