Inequality tightens its grip on the most vulnerable 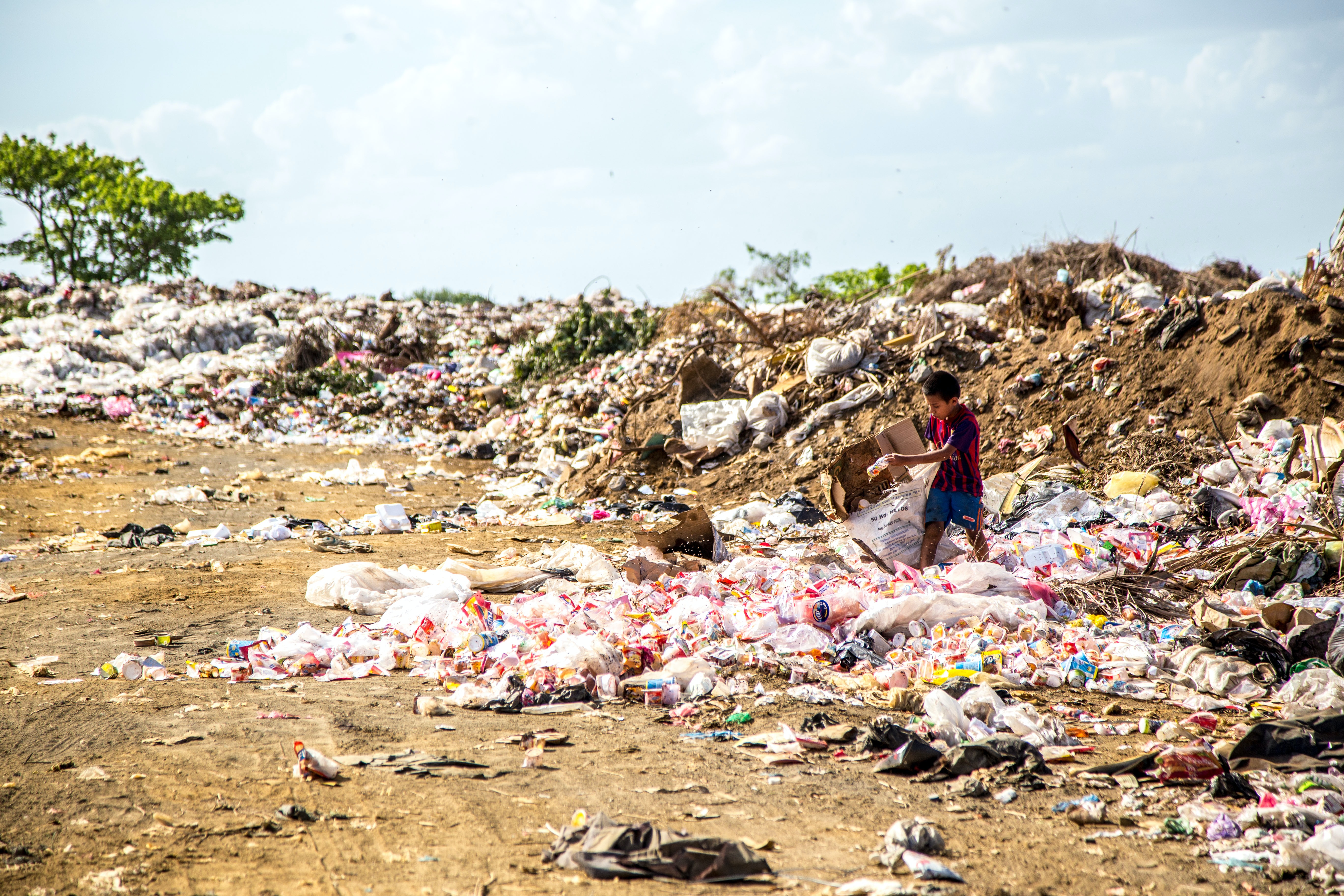 Please do not say you were not aware that the world produces enough food to feed all human beings on Earth, while nearly double the combined European Union’s population go to bed hungry… every single night.

And please don’t pretend you did not know that 20% of all humans –those who live in the wealthiest countries– waste about 35% of the food they buy, throwing it in the garbage.

Poverty, armed conflicts and corruption are also to be blamed in poor countries for wasting food –although in a much lesser volume–, due to the lack of adequate stocking infrastructure.

In short, every year, 570 million tons of food are wasted at the household level, according to the UN Environment Programme’s (UNEP)’s Food Waste Index Report 2021 report.

This amount of wasted food is sufficient to feed the millions of hungry people.

Meanwhile, the intensive agriculture industries dump in lands and seas huge amounts of food either because they are “ugly” –therefore not nice enough to be marketable–, or to keep their prices the most highly profitable possible.

Food waste accelerates the triple planetary crisis of climate change, nature and biodiversity loss, and pollution, according to the world’s environmental body.

Just take the case of a vast continent like Africa –55 countries home to 1.4 billion humans– causes a negligible 2% to 3% of all global greenhouse emissions, however it falls victim to more than 80% of the world’s climate catastrophes.

All the above, and other innumerable consequences, have a common name: inequality.

Inequality is not just about a morality issue: inequality kills one person … every four seconds.

Add to all the above the fact that as the COVID-19 pandemic devastates the poor, the world’s 10 richest have multiplied their wealth into trillions.

The numbers are unbelievably staggering: the world’s 10 richest men more than doubled their fortunes from 700 US billion to 1.5 trillion US dollars—at a rate of 15,000 per second or 1.3 billion a day, according to a new study from Oxfam International, IPS journalist Thalif Deen reported.

“These phenomenal changes in fortunes took place during the first two years of a Covid-19 pandemic that has seen the incomes of 99 percent of humanity fall, and over 160 million more people forced into poverty—60 million more than the figures released by the World Bank in 2020.”

As this happens, conservative estimates indicate that 811 million human beings are extremely hungry, close to the abyss of famine and death.

These millions live in the poorest regions of the world, those which have enormous natural resources –oil, indispensable minerals for giant technologies, private corporations, fertile soils grabbed by big business, etc– just do not eat.

But there is much more evidence showing how the most vulnerable are left behind in one of the worst health crises in decades: COVID-19 vaccines.

See what the World Health Organization’s chief, Tedros Adhanom Ghebreyesus said on 4 May 2022: the best way to save lives, protect health systems and minimise cases of “long COVID” is by vaccinating at least 70% of every country’s population – and 100% of most at-risk groups.

Although more jabs have become available, a lack of political commitment, operational capacity problems, financial constraints, misinformation and disinformation, are limiting vaccine demand, he added while warning that COVID treatment is still often ‘out of reach’ for the poor.

While “we’re playing with a fire that continues to burn us”, he said that “manufacturers are posting record profits”.

Tedros Adhanom Ghebreyesus stressed that “we cannot accept prices that make life-saving treatments available to the rich and out of reach for the poor”.

Back to the staggering impacts of the climate crisis on those who contributed the least to cause it.

In East Africa only, 25 million humans now face acute food and water shortages due to the climate crisis, as already projected a few months ago by the scientific community.

The East African region, and in particular, Somalia, Djibouti, Ethiopia, and Kenya, are experiencing the driest conditions and hottest temperatures since satellite record-keeping began, the world’s environmental body reported.

“As a result, as many as 13 million people are currently experiencing acute food and water shortages and a projected 25 million will face a similar fate by mid-2022.”

Scientists are blaming climate change for the current crisis in a part of the world that is least able to cope with.

“Africa as a whole contributes to about two to three per cent of global emissions that cause global warming and climate change.”

“However, the continent suffers the heaviest impacts of the climate crisis, including increased heat waves, severe droughts and catastrophic cyclones, like the ones that hit Mozambique and Madagascar in recent years.”

Things will only get worse

Furthermore, scientists and experts project that things will only get worse for Africa if current trends continue.

“The current drought hitting East Africa has been particularly devastating to small-scale farmers and herders across the Horn who are already vulnerable to climate related shocks.”

“At the moment in the Horn of Africa we are witnessing vulnerable communities being disproportionately affected by climate change who are least able to buffer against its impact,” said Susan Gardner, the Director of UNEP’s Ecosystems Division.

In the case of one East African country: Somalia, the United Nations Office for the Coordination of Humanitarian Affairs (UNOCHA) reported that the drought emergency has deteriorated to a point where the country is facing the risk of famine.

And that about 4.5 million people are affected, of whom nearly 700,000 people have been displaced from their homes in search of water, food, pasture and livelihoods.

• About 3.5 million people are in acute need of water assistance, including 1.4 million internally displaced people. Water trucking activities are ongoing but are insufficient to meet increasing needs.

• Schools are closing as children are displaced with their families. At least 420,000 (45% girls) out of 1.4 million children whose education has been disrupted are at risk of dropping out of school because of the drought.

• At least 1.8 million people were reached with various forms of assistance in February, but the escalating emergency calls for sustained scaling up of response and flexibility in reprogramming.

Confirming these facts, the International Organization for Migration (IOM) for its part reported that The Horn of Africa is in the grip of the worst drought in decades – parching landscapes, heightening food insecurity and causing increasingly widespread displacement.

An estimated 15 million people are severely affected by the drought in Kenya, Somalia, and Ethiopia – approximately 3,5 and 7 million people in each country, respectively.

The unprecedented impacts of multiple failed rainy seasons are threatening to create a humanitarian crisis in a region “already negatively impacted by cumulative shocks, including conflict and insecurity, extreme weather conditions, climate change, desert locusts and the negative socioeconomic impacts of the COVID-19 pandemic.”

Now that you have been reminded about some of the multiple, severe impacts of inequality, which, even at different levels, takes place in the rich, industrialised countries… will you take them into account when it comes to voting politicians?

News: Hunger crisis grips Horn of Africa – but 80% of Britons unaware, poll shows
The UK government has been urged to give the hunger crisis gripping the Horn of Africa “proper attention”, as new polling showed just two in 10 people in...
News: 'Avoidable tragedy': Rich nation failures blamed as global hunger hits record high
The number of people suffering from extreme hunger reached an all-time high in 2021 and is on track to increase further this year—unless wealthy countries...
Blog: Cost of the Ukraine war felt in Africa, Global South
As the West is busy dealing with its own economic woes while cutting off Russian exports, little heed is being paid to those suffering the most, writes...
Report: 'Terrifying prospect' of over a quarter of a billion more people crashing into extreme levels of poverty this year
Over a quarter of a billion more people could crash into extreme levels of poverty in 2022 because of COVID-19, rising global inequality and the shock of...
Blog: In a “world of plenty,” G7 must fight famine
World leaders must step up and take action in fighting famine to prevent further catastrophic levels of hunger and deaths, said Oxfam. Ahead of the 43rd...
Printer-friendly version