Interest in Earth Day is falling in the 2010s. Does it matter? 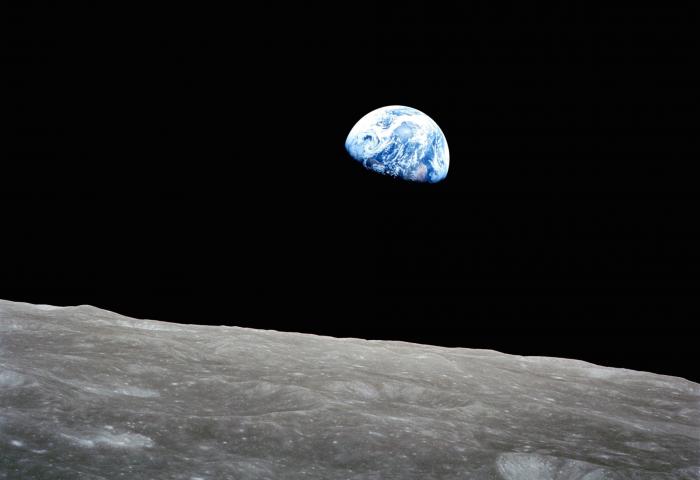 “Even the most generous of predictions suggest we need to reach zero emissions in the next 40 years—that is, if we want to be around to celebrate Earth Day’s 100th anniversary in 2070.”

The history of Earth Day began in Santa Barbara in early 1969, when an oil platform six miles offshore of the idyllic beach town on the central coast of California blew out, spewing some 100,000 barrels of crude into the Pacific. It was the largest oil spill in US history at the time (today it is the third-largest), and catalyzed the modern environmental movement.

Over the next year, Gaylord Nelson, a US senator from Wisconsin, marshaled the personnel, resources, and political capital to create what the politician called a “national teach-in on the environment.” The first Earth Day was held on April 1970, and its impact on public education and policy was tremendous. Millions of Americans took to the streets to demand environmental improvements and, according to Earth Day Network, “by the end of that year, the first Earth Day had led to the creation of the United States Environmental Protection Agency and the passage of the Clean Air, Clean Water, and Endangered Species acts.” Those laws remain the bedrock of environmental regulation today.

Perhaps more important was the effort that began in 1990 to bring Earth Day to the entire Earth, and to start honing its focus towards the Earth’s biggest impending challenge: climate change.

In the decade after 1990, when Earth Day went global, annual media mentions of “climate change” shot up to nearly 5,750. The biggest increases occurred after 1997, when the Kyoto Protocol was signed.

Then, in 2007, the UN’s Intergovernmental Panel on Climate Change put out its fourth assessment report (pdf). It was the strongest statement yet about where the world was headed. “Warming of the climate system is unequivocal,” the report said, adding in clear terms that “most of the observed increase in global average temperatures since the mid-20th century is very likely due to the observed increase in anthropogenic greenhouse gas concentrations.”

After that, climate change became a household term. Media references to “climate change” have so far outstripped those to “Earth Day” that the chart for 2001-2017 required an entirely different scale than that for 1970-2000:

And in general, interest in Earth Day seems to have reached its peak, and may now be tapering off.

This is largely a sign of Earth Day’s success. Earth Day 1990 was influential in kickstarting the global conversation on climate change, and setting the stage for the 1992 Earth Summit held in Rio de Janeiro, Brazil, where the United Nations Framework Convention on Climate Change was signed. The UNFCCC is the underlying structure on which the Paris Agreement is built, and the driving force behind the IPCC reports.

Public interest in Earth Day may have flatlined, but today, the issues it campaigns for, from climate change mitigation and reforestation to ending plastic pollution and supporting women in environmental leadership positions, have pervaded global discourse. Meanwhile, trends like wind and solar development in the US, and global investment into renewable energy, to name two examples, closely track with how pervasive discussion of climate change and environmental protection has become.

In other words, as science reporter Akshat Rathi wrote in this weekend’s edition of the Quartz Daily Brief newsletter:

…all signs suggest the scale of the environmental movement has crossed a tipping point. It’s no longer just the woman on the street who seeks environmental justice. Instead, the movement now includes wealthy investors and powerful governments. In the past year alone, activist shareholders, including trillion-dollar investors like BlackRock and Vanguard, have forced fossil-fuel companies like ExxonMobil and Occidental Petroleum to reveal the risks to their investments from climate change. In the face of Donald Trump’s retreat from the Paris climate accords, local governments have become stewards of the environment….

There is good news from other corners, too. Government investment and regulations in developing and deploying clean energy have scaled well. In many parts of the world, it is cheaper to build renewable-energy projects than fossil-fuel power plants. This week, the UK went 55 hours without burning coal, which hasn’t happened since before the Industrial Revolution. Portugal produced more renewable energyin March than energy it consumed.

That said, much more must be done, and rapidly, in order to avoid the global temperature increases that scientists agree are likely to cause cataclysmic changes to the Earth’s climate. Every 10 years, interest in Earth Day spikes on its decennial anniversaries. The organizers of the movement hope to use the 2020 anniversary—Earth Day’s 50th—as a means to propel global climate-change mitigation towards a pace where we might save life on Earth as we know it. Because even the most generous of predictions suggest we need to reach zero emissions in the next 40 years—that is, if we want to be around to celebrate Earth Day’s 100th anniversary in 2070.

While consumers are becoming increasingly aware of their energy usage, a Daily Telegraph and YouGov survey has found that energy awareness within companies is falling. Of the 752 businesses interviewed, it found that one-fifth spend more than £250,000 annually on energy, with only 40% talking to their employees about sustainability issues. This is compared to 68% in 2016.

Though some of this drop can be attributed to new headline-grabbing issues, such as the prevention of cybercrime and regulatory challenges, it is also linked to the close of the Energy Savings Operation Scheme in 2016.

The scheme, run by the Environment Agency to meet the EU Energy Efficiency Directive, required large companies to assess the energy used by their buildings, industrial processes, and transport in order to identify cost-effective measures. Since it finished, the number of businesses planning to generate revenue from surplus energy decreased by 10% year-on-year.

The survey also found that companies with plans to become energy self-sufficient plunged by nearly 20%. This is despite the fact that nearly half of energy decision-makers believe that the rising price of energy is more of a threat to business now than it was in the past. It seems that without specific targets to meet, some industries are reluctant to invest in sustainable practices.

Happily, not every sector is of this mindset. Retail is an exception and has proven that sustainable practices can lead to greater profits. From Marks & Spencer’s Plan A – that seeks to reduce, offset, and greenly source as much of its energy as possible – to Sainsbury’s Making A Difference directive, traditional retailers are turning challenges into environmentally friendly goals. And this isn’t just PR spin. According to independent experts from the Carbon Trust, “a 20% cut in energy costs represents the same bottom-line benefit as a 5% increase in sales.”

Green thinking permeates the industry: more than three-quarters of retail managers have some idea how their business buys its energy, while two-thirds believe that energy costs should be a board-level issue – notably higher than other sectors. The commitment to a comprehensive view of what energy efficiency involves is one of the reasons why retailers are far more likely to have a manager whose remit specifically includes energy.

Levels of employee engagement in the retail sector markedly outweigh those in manufacturing and hospitality. In manufacturing, only 15% of employees understand their company’s energy policy, whereas in hospitality and retail these levels reach 29% and 40% respectively. This engagement is key for Marks and Spencer, which is aiming to halve their energy usage by 2020. With the 2015 launch of the “Making Energy Matter” campaign, M&S empowered staff with information about the impact and effect of wasted energy, finding that they were more likely to do something about preventing it.

The distinction between the retail sector and other lagging sectors demonstrates a degree of complacency, which none can afford to maintain. Although each sector faces different challenges, energy efficiency is one that will affect both business development and profit alike. By working with a provider that understands industry-specific challenges, businesses can be better equipped to tackle them head-on. Overall, the retail sector offers a powerful example of how companies can adapt their business models to help reduce energy costs and improve self-sufficiency without damaging the bottom line.

This article was created for E.ON by Quartz Creative and not by the Quartz editorial staff.

Blog: Humanity uses 70% more of the global commons than the Earth can regenerate
Measuring humanity’s ecological footprint is essential for keeping its demands within the planet’s biocapacity, a minimum requirement for sustainability,...
Article: Record-breaking climate change pushes world into ‘uncharted territory’
The record-breaking heat that made 2016 the hottest year ever recorded has continued into 2017, pushing the world into “truly uncharted territory”,...
Article: The Earth Belongs to Everyone
Sharing the land and resources of the world more equally is the basis for the ‘Next World Economy’ founded upon comprehensive tax reform and Earth Rights...
Report: The intersection of politics and spirituality in addressing the climate crisis
The following interview with STWR’s founder, Mohammed Sofiane Mesbahi, examines both the contemporary political and profounder spiritual implications of...
Blog: The human right to the earth
As the United Nations community continues to flesh out a new set of Sustainable Development Goals (SDGs) to be unveiled next year, NGO representative...
Printer-friendly version