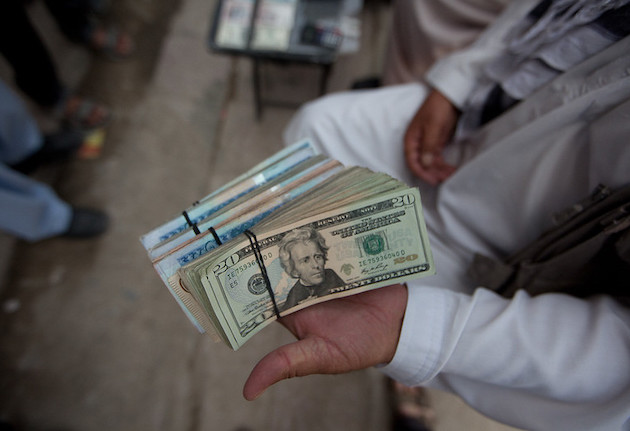 The external debt of the world’s low and middle-income countries at the end of 2021 totalled 9 trillion US dollars, more than double the amount a decade ago. Such debt is expected to increase by an additional 1.1 trillion US dollars in 2023. By Baher Kamal.

Moreover, the debt-service payments, projected to top 62 billion US dollars in 2022, put the biggest squeeze on poor countries since 2000, according to the World Bank.

As defined by the Organization for Economic Cooperation and Development (OECD), debt service refers to payments in respect of both principal and interest.

In addition, rising interest rates and slowing global growth risk tipping a large number of countries into debt crises. “About 60% of the poorest countries are already at high risk of debt distress or already in distress.”

Over the past decade, the composition of debt owed by IDA countries has changed significantly. The share of external debt owed to private creditors has increased sharply. At the end of 2021, low- and middle-income economies owed 61% of their public and publicly guaranteed debt to private creditors—an increase of 15 percentage points from 2010.

The same day the World Bank’s report was released, 6 December 2022, another international institution: the UN Conference on Trade and Development (UNCTAD), warned that the spiralling debt in low and middle-income countries has compromised their chances of sustainable development.

Rebeca Grynspan, the head of this UN trade facilitation agency, reported that between 70% and 85% of the debt that emerging and low-income countries are responsible for, is in a foreign currency.

“This has left them highly vulnerable to the kind of large currency shocks that hit public spending – precisely at a time when populations need financial support from their governments.”

Speaking at the 13th UNCTAD Debt Management Conference, UNCTAD’s chief explained that so far this year, at least 88 countries have seen their currencies depreciate against the powerful US dollar, which is still the reserve currency of choice for many in times of global economic stress.

And in 31 of these countries, their currencies have dropped by more than 10 percent.

This has had a hugely negative impact on many African nations, where the UNCTAD chief noted that currency depreciations have increased the cost of debt repayments “by the equivalent of public health spending in the continent”.

UNCTAD’s conference –held online on 6 to 7 December in Geneva– took place as a “wave of global crises has led many developing countries to take on more debt to help citizens cope with the fallout.”

Government debt levels as a share of Gross Domestic Product (GDP) increased in over 100 developing countries between 2019 and 2021, said UNCTAD.

“Excluding China, this increase is estimated at about $2 trillion.”

With interest rates rising sharply, the debt crisis is putting enormous strain on public finances, especially in developing countries that need to invest in education, health care, their economies and adapting to climate change.

“Debt cannot and must not become an obstacle for achieving the 2030 Agenda and the climate transition the world desperately needs”, she argued.

UNCTAD advocates for the creation of a multilateral legal framework for debt restructuring and relief.

Such a framework is needed to facilitate timely and orderly debt crisis resolution with the involvement of all creditors, building on the debt reduction programme established by the Group of 20 major economies (G20) known as the Common Framework.

Debts to increase to 10 trillion dollars

UNCTAD said that if the median increase in rated sovereign debts since 2019 were fully reflected in interest payments, then governments would pay an additional 1.1 trillion US dollars on the global debt stock in 2023, estimates show.

This amount is almost four times the estimated annual investment of 250 billion US dollars required for climate adaptation and mitigation in developing countries, according to an UNCTAD report.

Indebted countries have reiterated once and again that they have already exceeded several times the total amount of their debts in the form of interest rates they have been paying.

Alongside a high number of economists and experts, they have reiterated their appeals for cancelling those debts.

Uselessly: such a fair – and due – step continues to fall on deaf ears.

Filed under:
Inequality, Finance and debt

Report: Cancelling Third World Debt
A brief examining the urgent need to cancel debt in the developing world as part of an international emergency relief program to prevent poverty and...
News: West must force private lenders to ease Africa’s crippling debt, say campaigners
Western governments should “compel” private lenders to ease loan repayments from low-income countries to tackle a debt crisis, according to campaigners.
Article: Climate justice means debt justice
A climate debt is owed. It is owed by the richest countries, whose carbon emissions—through centuries of industrialisation made possible by colonial...
News: ‘Far too low’: Tax justice campaigners push back against the G7’s 15% minimum tax-rate pact
The world’s richest countries have finally agreed in principle to the idea of a global minimum corporate tax rate—a step that could signal a conclusion to...
Printer-friendly version