Public-private partnerships don't work. It's time for the World Bank to take action. 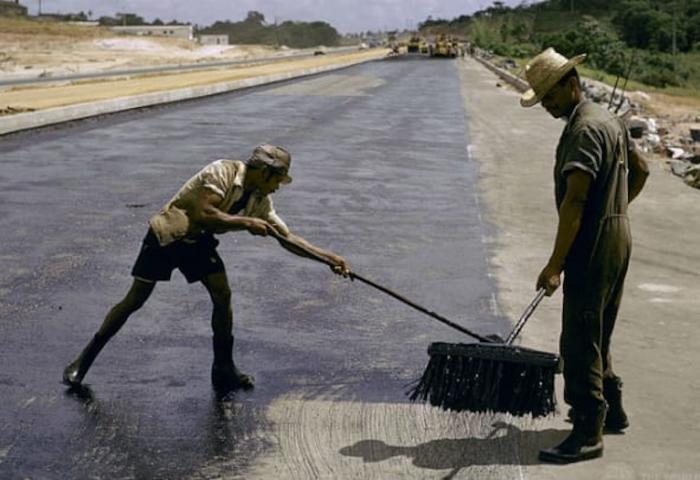 This week, executive directors of the World Bank were handed a letter signed by more than 80 civil society organizations and trade unions from around the world, urging a change in the bank’s approach to public-private partnerships.

This action, during the IMF and World Bank Group Spring Meetings, should not have come as a surprise. It is part of a global campaign on PPPs launched last October with the support of more than 150 organizations that are exasperated by the lack of action on this critical issue. The campaign manifesto outlines CSOs’ alarm at the increasing promotion of PPPs to deliver infrastructure projects and public services around the world, and in particular the World Bank’s role in energetically promoting these contracts. The experience of PPPs in many developed and developing countries alike has been negative, and few projects have delivered results in the public interest, which represents a serious threat for citizens that are in need of services.

The campaign was launched following a number of technical discussions between members of the CSO community and World Bank staff. While we have appreciated the willingness of staff to meet and engage in frank and open exchanges, the manifesto and this latest letter are expressions of the collective dissatisfaction with the degree to which civil society concerns have been addressed by the bank.

For example, despite agreement by the bank’s staff to revisit the guidance on PPP contractual provisions — in light of the detailed criticism by the law firm Foley Hoag that show some of the clauses are biased toward private investors — the new document will not be available until 2019. In the meantime, the World Bank has continued to disseminate this flawed template at the time that the G-20 is focusing on standardizing PPP contracts.

This week at the World Bank Spring Meetings, the bank’s agenda did nothing to allay fears. A high-level side event, which featured a World Bank vice president, placed a strong focus on “managing PPPs better,” following a World Bank recent report that stated this area requires further improvement at the national level. While this is true, there was no evidence presented during this event to support the idea that the PPP model is the best option (instead of traditional public procurement) to deliver development projects. Worryingly, the PPP model is still in general being energetically pursued without robust evidence of its performance — including its impact on public finances and the ability of PPP projects to reduce poverty and inequalities, including gender inequality.

Meanwhile, the negative impacts of PPPs documented across Europe alone have been mounting, with cases in the U.K., Portugal, Spain, Greece, Hungary, France, Ireland, Sweden, and Germany. The recent launch of the European Court of Auditors report, titled “Public Private Partnerships in the EU: Widespread shortcomings and limited benefits,” adds to the body of evidence: inefficient spending was identified in contracts worth 1.5 billion euros, and the audited projects showed poor fiscal management and did not provide adequate value for money. The collapse of the U.K. construction giant Carillion, responsible for many PPP projects across the U.K., is the latest illustration of the dangers to workers and citizens of relying on private companies for basic services, and exposes structural failures of the current push toward increased financialization of infrastructure.

Furthermore, the findings of a January 2018 report by the U.K.’s National Audit Office, noted that it has “been unable to identify a robust evaluation of the actual performance of private finance at a project or programme level.” This report also showed how costly PPP projects can be: the analysis of one group of PPP projects in education revealed costs around 40 percent higher than the costs of a project financed by government borrowing.

Given that PPPs can cause such problems in developed countries and require high technical and regulatory capacity, what are the chances of successful outcomes for other states with more substantial capacity constraints? Will they be in a position to adequately analyze the social, gendered, and economic costs of PPPs and to negotiate and manage successful PPP contracts? The evidence suggests not.

Governments from Europe and other OECD countries that play a key role in the policies of global institutions such as the World Bank, bear particular responsibility for ensuring that the bank does not promote development policies and models that have failed or, at best, remain unproven in their home countries. Given its development mandate, the bank should ensure that governments select financing mechanisms that are fiscally, socially, and environmentally sustainable, and that are gender-just in the medium and long term, and in that regard it should stop recklessly promoting risky PPPs to low- and middle-income countries.

With this latest letter, campaigners are calling on government representatives at the World Bank’s Board of Directors to do more than pay lip service to CSOs’ concerns and instead take some concrete action.

Our demands include a call for the bank to declare a moratorium on funding, promoting, or providing technical assessment for PPPs until an independent review into the development outcomes of the bank's PPP portfolio is completed. This should include accumulated off-balance sheet debts, and human rights and environmental impacts.

Yet again, we are awaiting a response from the executive directors that shows they are listening to civil society and acting on the overwhelming evidence.

Report: A trade agenda for the people
While the USA and China are stepping into one the potential biggest fights on trade measures in decades, Friends of the Earth Europe is presenting...
Report: Implementing the 2030 agenda requires acknowledging extraterritorial obligations
One year into the implementation of the 2030 Agenda, the most pressing question is whether the Agenda and its 17 Sustainable Development Goals (SDGs) will...
Article: New documentary: The third industrial revolution - a radical new sharing economy
The global economy is in crisis. The exponential exhaustion of natural resources, declining productivity, slow growth, rising unemployment, and steep...
Blog: Development: World Bank fudges on inequality
The World Bank has released its first annual report tracking progress towards the two key SDGs on poverty and inequality. But the analysis does not...
Article: The IMF, World Bank and trade: an overview
The failure of the IMF, World Bank and WTO to represent and further the interests of the developing world, through their one-size-fits-all approach, has...
Printer-friendly version