Should we feed hungry children, or the war machine? 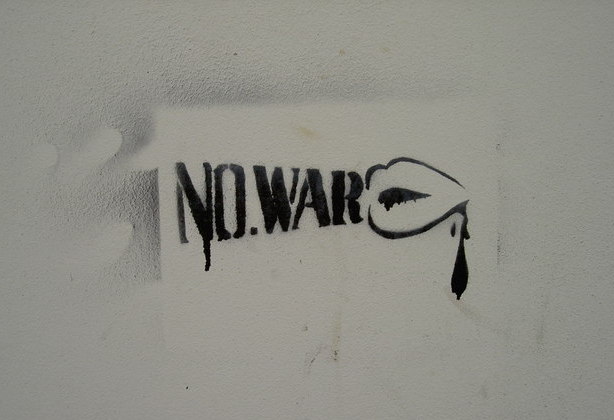 Every dollar of public money financing US militarism abroad is a dollar that could fight hunger, homelessness, or climate change, writes Medea Benjamin for openDemocracy.

On August 21, the Humanitarian Coordinator for Yemen, Lise Grande, put out a heartbreaking call for nations to make good on their pledges to send humanitarian aid to feed destitute families in war-torn Yemen. Unless the funds promised are received soon, she warned, food rations for 12 million people would be reduced and at least 2.5 million malnourished children would be cut-off from the services that keep them alive. “When money doesn’t come,” Grande said bluntly, “people die.”

The total UN appeal is $4 billion. While this is the largest country appealthe UN has ever put out, the entire bill represents only two days of the 2019 US military budget of almost $700 billion. Lacking generosity, the US offered a mere $300 million—less than four hours of Pentagon spending. Meanwhile, US companies rake in billions of dollars selling the weapons to Saudi Arabia that are in large part responsible for this humanitarian crisis.

The wild disparity between money for feeding people and money for arming the military is reflected here at home. In 2018, the federal government spent $68 billion on the Supplemental Nutrition Assistance Program (SNAP), which provided food to 40 million people. It would take only ten days of the Pentagon budget to cover that tab, but this administration says it’s too expensive and is trying to cut eligibility for food to the poor.

What if, instead of military interventions, the US decided to fight global poverty?

Columbia University’s Jeffrey Sachs, one of the world’s leading experts on economic development, has estimated that the cost to end world poverty is $195 billion per year. With the upcoming 2020 military budget proposed at $750 billion, the US could feed the world’s hungry and still spend twice as much on its military than the number two spender: China. It would also serve our national interests. Feeding the poor would certainly win us more friends around the world than deploying another aircraft carrier.

If we decided that we’d rather focus on education, a portion of our military budget could finance the College for All program proposed by Senator Bernie Sanders, which would eliminate existing student loan debt and make all public colleges and universities tuition-free for $47 billion a year. In fact, we could implement this program 14 times on this year’s military budget alone. Despite this reality, as weapons manufacturers getbillions in handouts and contracts with the US military, some of those same educational institutions losing out in the federal budget are investing their funds back into the weapons manufacturers lobbying to divert public money towards war.

The trend of military spending outpacing the cost of even our most ambitious social programs continues for just about every cause you can name. We could house every homeless person in the country, give the Department of Transportation a budget nine times as large as its current one, or vastly expand programs like Medicare and Medicaid. Every dollar of public money that goes to finance US militarism abroad is a dollar that could go to fighting hunger, homelessness, or climate change.

Our elected officials have chosen to prioritize the pursuit of military hegemony over the wellbeing of our people. What’s more, they treat military spending as an inevitability while programs that might improve the lives of students in crippling education debt or the sick in crippling medical debt are portrayed as luxuries. Advocates for Medicare for All and the Green New Deal must constantly justify their high price tags for saving lives and our planet, while the military receives an ever-growing check to destroy them.

In 1953, President Dwight D. Eisenhower gave a profound speech about the grotesque spending on weapons. “Every gun that is made, every warship launched, every rocket fired signifies, in the final sense, a theft from those who hunger and are not fed, those who are cold and are not clothed. This world in arms is not spending money alone. It is spending the sweat of its laborers, the genius of its scientists, the hopes of its children.”

As he was about to leave office in 1961, he issued a warning against “the acquisition of unwarranted influence, whether sought or unsought, by the military industrial complex.” Today that complex is often referred to as the military-industrial-security complex, or simply the national security state. To understand the enormity of its reach, you have to start with the $750 billion proposed for 2020 Pentagon and war-related activities and add the money for nuclear weapons, veterans, homeland security, intelligence and the military share of the national debt. The total comes to an obscene $1.25 trillion.

Senator Bernie Sanders, railing against this runaway spending in a speechat Johns Hopkins, called on people to stand up and say: “There is a better way to use our wealth.” Sanders, along with Elizabeth Warren, have outlined visionary plans for fixing our broken healthcare, education, infrastructure and ailing planet, but they have yet to propose a sweeping reform of our military spending. The only way we will see a shift to a more just and sustainable world is if we shift the way we spend – or squander – our nation’s wealth.

Article: If America can find $716bn for the military, it can fund the Green New Deal
At long last the political debate in the world’s richest country is vibrant with proposals that would help the most vulnerable in our society. And what do...
Blog: How can we turn military spending into a budget for the people?
While President Trump’s 2018 budget proposes giving more than $700 billion to the military, it will come at the expense of trillions of dollars in cuts to...
Article: $1.7 Trillion Global Spending on Military in 2017: Highest since End of Cold War
According to the latest report by the Stockholm International Peace Research Institute (SIPRI), in total, countries around the world spent $ 1.739 billion...
Report: Financing the global sharing economy, part three (3): divert military spending
This section of the report Financing the Global Sharing Economy demonstrates how governments could redirect the colossal financial resources currently...
Printer-friendly version