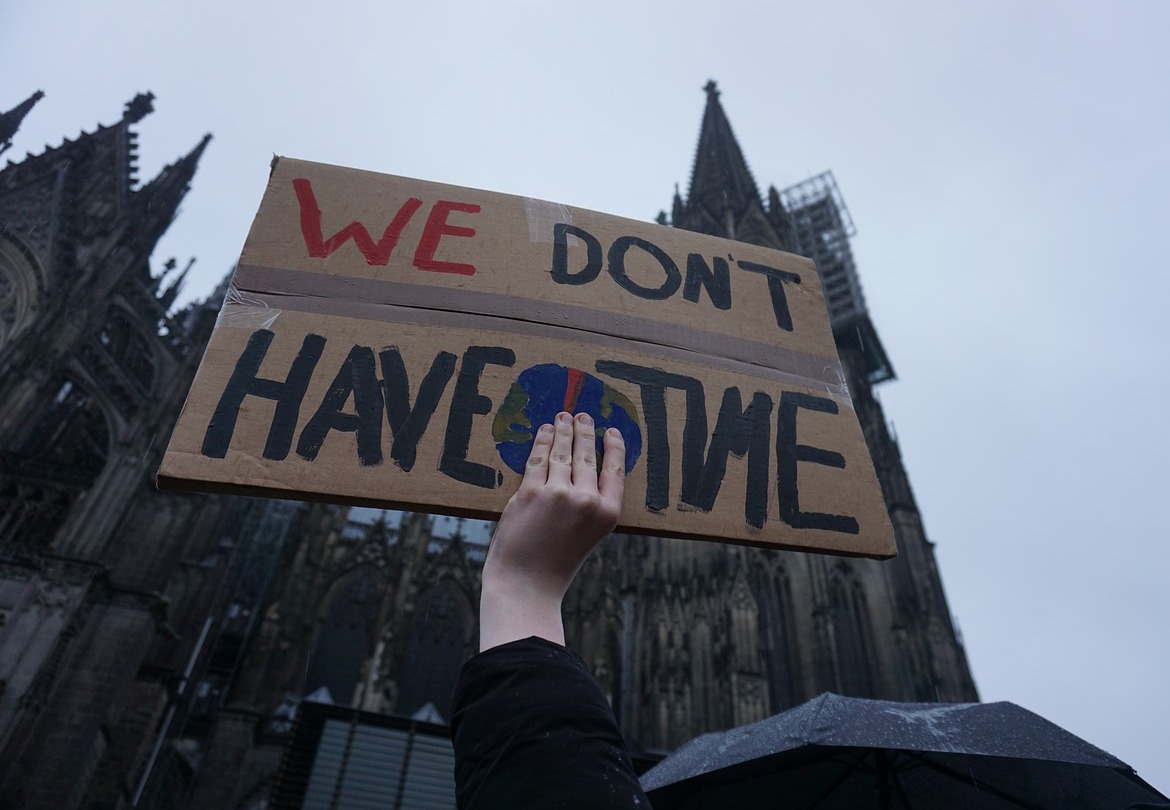 Many notable activists and celebrities are calling for a global climate strike on 20 September. Disrupting our normal lives is the only way to secure our future, says Naomi Klein, Bill McKibben and others.

On 20 September, at the request of the young people who have been staging school strikes around the world, we’re walking out of our workplaces and homes to spend the day demanding action on the climate crisis, the greatest existential threat that all of us face. It’s a one-day climate strike, if you will – and it will not be the last. This is going to be the beginning of a week of action all over the world. And we hope to make it a turning point in history.

We hope others will join us: that people will leave their offices, their farms, their factories; that candidates will step off the campaign trail and football stars will leave the pitch; that movie actors will scrub off their makeup and teachers lay down their chalk; that cooks will close their restaurants and bring meals to protests; that pensioners too will break their daily routines and join together in sending the one message our leaders must hear: day by day, a business as usual approach is destroying the chance for a healthy, safe future on our planet.

We are well aware that, by itself, this strike and a week of international climate action won’t change the course of events. The good news is that we have the technologies we need – the price of a solar panel has plunged 90%in the past decade. And we know the policies to make them work: all across the planet some version of a Green New Deal has been proposed, laws that would speedily replace fossil fuels with the power of sun and wind, along the way providing good jobs and stabilising strong local economies. We salute the people – many of them young – working hard to pass those measures against the entrenched opposition of the fossil fuel industry.

The September day of global action is designed to support those people. We hope all kinds of environmental, public health, social justice and development groups will join in, but our greatest hope is simply to show that those working on this crisis have the backing of millions of human beings who harbour a growing dread about our environmental plight but who have so far stayed mostly on the sidelines. It may take a few attempts to get those kind of numbers in the streets, but we don’t have too long: our window for effective climate action is closing fast.

We know not everyone can join us. On a grossly unequal planet, some people literally can’t do without a single day’s pay, or they work for bosses who would fire them if they dared try. And some jobs simply can’t stop: emergency room doctors should keep at their tasks. But many of us can put off for 24 hours our usual day to day routine, confident it will be there when we return. We hope some people will spend the day in protest: against new pipelines, or the banks that fund them; against the oil companies and the politicians that spread their lies. We hope others will spend the day putting insulation in the walls of their neighbours’ homes, or building cycle paths. We hope everyone will take at least a few minutes in a city park or a farm field or on the roof of their apartment to simply soak in the beauty of the world it’s our privilege to protect.

Obviously this is a lot to ask. A day in the life of the world is a big deal, and all of us are used to our routines. But we’re not comfortable letting schoolchildren carry all the weight here – they need our backing. And disrupting our normal lives seems key – it’s normal life that is doing us in, the fact that we rise each morning and do pretty much the same things we did the day before, even amid an unfolding crisis.

We are the people who happen to be alive at the moment when our choices will determine the future for tens of thousands of years: how high the seas will rise, how far the deserts will spread, how fast the forests will burn. Part of our work must be to protect theat future.

Blog: Greta Thunberg’s speech to UN secretary general António Guterres
In a speech given at the UN Climate Change Conference in Poland (COP24), 15-year-old Greta Thunberg cuts to the heart of the challenge and calls for the...
Report: The intersection of politics and spirituality in addressing the climate crisis
The following interview with STWR’s founder, Mohammed Sofiane Mesbahi, examines both the contemporary political and profounder spiritual implications of...
Page: Join our campaigns for Article 25
Find out more information about our current campaigning initiatives and events. You can sign up to join us on demonstrations for Article 25; download...
News: Global Climate Change rallies push for urgent action
In London, STWR joined over 10,000 campaigners who braved the wind and December downpours to walk from the Houses of Parliament to the US embassy.
Blog: Greta Thunberg is right – only a general strike will force action on climate change
Every day at work we all contribute to a system that is burning us alive. Downing tools on 27 September will help change it, writes McEver Dugan and Evan...
Printer-friendly version