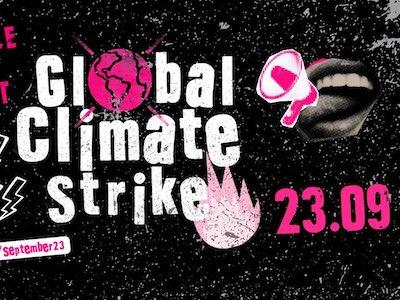 Citizens worldwide demand that our governments listen to MAPA voices and immediately work to provide Loss & Damage Finance to the communities most affected by the climate crisis. Not as charity, but as a transformative justice process in which political power will return to the people.

As argued by Fridays for Future, this should not be in the form of loans, but a follow through on the demands from Indigenous, black, anti-patriarchal and diverse marginalized communities to get their lands back, giving resources to the most affected communities by the climate crisis for adaptation, loss and damages – a redistribution (and in most cases, collectivization) of wealth, technology, information, care work, and political power both from the north to the south, and from top to bottom.

Find a strike in your area or organize one and use the profile picture frame on social media to spread the word!