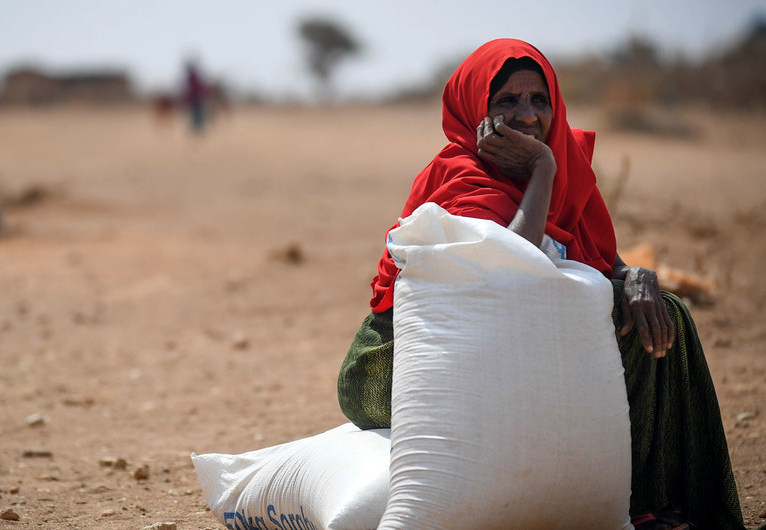 The coronavirus crisis will push more than a quarter of a billion people to the brink of starvation unless swift action is taken to provide food and humanitarian relief to the most at-risk regions, the UN and other experts have warned.

About 265 million people around the world are forecast to be facing acute food insecurity by the end of this year, a doubling of the 130 million estimated to suffer severe food shortages last year. “Covid-19 is potentially catastrophic for millions who are already hanging by a thread,” said Dr Arif Husain, chief economist at the World Food Programme.

“It is a hammer blow for millions more who can only eat if they earn a wage. Lockdowns and global economic recession have already decimated their nest eggs. It only takes one more shock – like Covid-19 – to push them over the edge. We must collectively act now to mitigate the impact of this global catastrophe.”

Global hunger could become the next big impact of the pandemic, warns the Global Report on Food Crises, by the UN Food and Agriculture Organisation, the World Food Programme and 14 other organisations, published on Tuesday. Some of the poorest countries may face the choice of trying to save people stricken by the virus only for them to fall prey to hunger.

António Guterres, the UN secretary-general, said the report must be a call to action.

“The upheaval that has been set in motion by the Covid-19 pandemic may push even more families and communities into deeper distress,” he wrote in the foreword.

“At this time of immense global challenges, from conflicts to climate shocks to economic instability, we must redouble our efforts to defeat hunger and malnutrition. We have the tools and the knowhow. What we need is political will and sustained commitment by leaders and nations.”

The report, which will be presented to the UN security council on Tuesday afternoon, bolsters warnings that the world could face a repeat of the 2007-08 food price rises that sparked widespread political upheaval, the impacts of which are still being felt across the Middle East and from Asia to Latin America.

Food experts are worried that donor nations have barely begun to deliver the funding needed urgently on the ground to set up networks to deliver humanitarian relief to the worst-hit areas, deliveries which need to be achieved by air as ground transport is obstructed or halted over large areas. The World Food Programme estimates that $350m (£280m) will be needed immediately, but only about a quarter of the sum has yet been forthcoming.

The pandemic was first felt in some of the world’s biggest economies, originating in China, then hitting Italy and Spain, and now the US has become the centre. There is less data available on the spread in developing countries, where widespread testing is not being done and healthcare systems are often lacking.

The report finds that already stretched health services in developing countries are likely to be overwhelmed, while a global recession will disrupt food supply chains. There are particular concerns for people working in the informal economy, and the world’s 79 million refugees and displaced people.

On the plus side, harvest prospects for staple crops are good, but the movement restrictions to contain the spread of the virus will create problems for food distribution.

Poorer countries are bracing for the full impact of Covid-19 on their health systems, and are already seeing the effects of the economic shutdown that has sent the world spiralling into recession.

Some of the poorest nations “may face an excruciating trade-off between saving lives or livelihoods or, in a worst-case scenario, saving people from the coronavirus to have them die from hunger”, the report warned.

Even without the impact of coronavirus, the outlook for many countries – such as Yemen, where conflict has led to millions facing starvation, and in east Africa, where locusts are posing a famine threat – was already dire.

Despite good recent harvests in many parts of the world, the extra stress of the pandemic will take many other nations riven by conflict or political unrest beyond breaking point. Extreme weather driven by climate breakdown is also likely to add to the toll, as it did last year.

Last year, of the 130 million people suffering acute food insecurity, the majority (77 million) were in countries afflicted by conflict, 34 million were hit by the climate crisis, and 24 million were in areas where there was an economic crisis.

Charities and civil society groups are also calling on rich countries’ governments to take action to help the poorest at risk of starvation. Catholic Relief Services in the US is campaigning for the US Congress to devote new funds to the fight urgently. “The pandemic is a crisis on top of a crisis in parts of Africa, Latin America and Asia,” said Sean Callahan, chief executive of the charity.

“The severe health risks are only part of the outbreak. Lockdowns are hampering people from planting and harvesting crops, working as day labourers and selling products, among other problems. That means less income for desperately hungry people to buy food and less food available, at higher prices.”

Multinational food companies also recently warned that the number of people in chronic hunger could double to more than 1.6 billion as a result of the pandemic, and urged world leaders to take action. Nobel prize-winning economists have warned that developed nations will increase the threat of damaging recurrences of the virus in their own countries if they fail to fund measures in the poor world.

However, there are signs that international cooperation on the pandemic is under strain. The US refused to sign up to an extensive draft communique by G20 health ministers that bolstered the role of the World Health Organization, preferring a brief version that acknowledged gaps in the world’s preparedness, and president Donald Trump has halted US funding for the WHO.

News: G20 suspends debt payments for poorest countries
International aid and development organisations stress that suspending debt payments during a major global economic and health emergency may not be enough...
News: Coronavirus could turn back the clock 30 years on global poverty
The economic impact of the global shutdown could push half a billion people into privation, researchers warn.
Article: Will Covid-19 spur a peoples’ bailout for the world’s poorest?
The question is whether Covid-19 will awaken us to the stark inequalities of our world, or does it simply represent a new cause of impoverishment for the...
Blog: As coronavirus spreads to poorer countries, here's how the world can help
The time has come for a massively ambitious plan to overcome the impacts of the coronavirus crisis in developing countries, and on a scale we’ve never...
Printer-friendly version