Nearly half of all child deaths in Africa stem from hunger, study shows 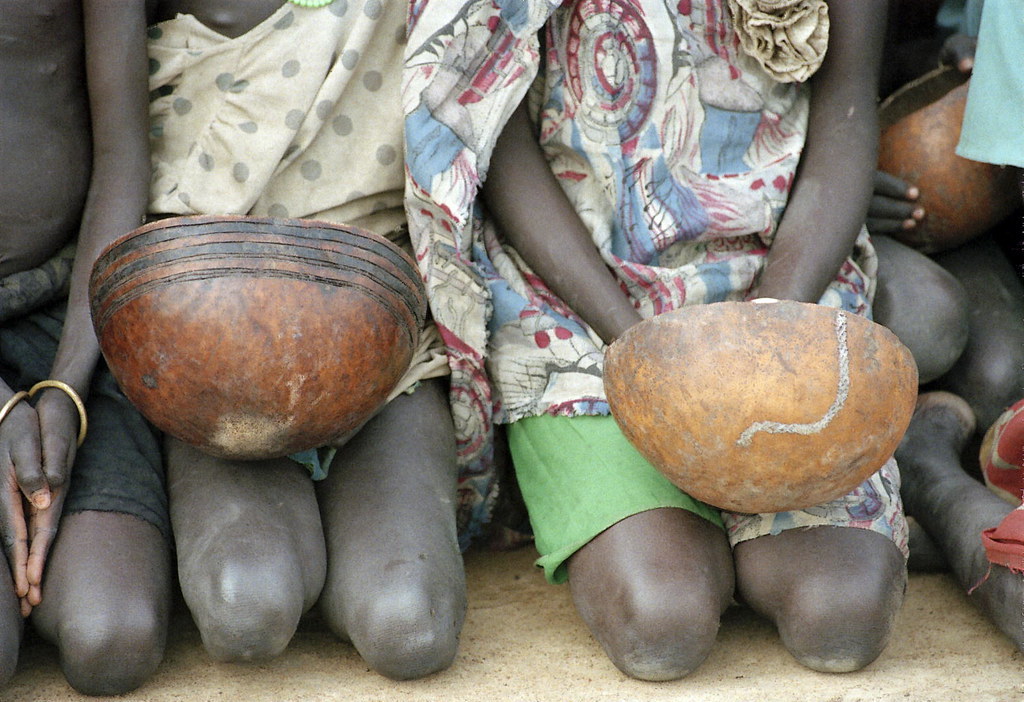 One in three African children are stunted and hunger accounts for almost half of all child deaths across the continent, an Addis Ababa-based thinktank has warned.

In an urgent call for action, a study by the African Child Policy Forum said that nearly 60 million children in Africa do not have enough food despite the continent’s economic growth in recent years.

A child dies every three seconds globally due to food deprivation – 10,000 children every day – but although figures show an improvement in child hunger at a global level, it is getting worse in some parts of Africa, where the problem is largely a question of political will.

Nine out of 10 African children do not meet the criteria for minimum acceptable diet outlined by the World Health Organization, and two out of five don’t eat meals regularly. Liberia, Congo and Chad are at the bottom of the chart when it comes to children aged six to 23 months receiving sufficient and diverse food with a healthy frequency. They are followed by Zimbabwe, Guinea-Bissau, Gambia and the Democratic Republic of the Congo.

“Child hunger is fundamentally a political problem,” said Assefa Bequele, ACPF’s executive director. “It is the offspring of the unholy alliance of political indifference, unaccountable governance, and economic mismanagement. Persistent and naked though the reality is, it remains a silent tragedy, one that remains largely unacknowledged and tolerated, perhaps because it is a poor man’s problem.”

Bequele added: “It is completely unacceptable that children are still going hungry in Africa in the 21st century. The statistics are truly alarming. Child hunger is driven by extreme poverty, uneven and unequal economic growth, gender inequality and a broken food system. Although Africa now produces more food than ever, it hasn’t resulted in better diets.”

Hunger impairs growth and cognitive development of children, but also hits the economic performance of the country they come from. Child hunger can cost African countries almost 17% of their GDP, according to the report. The continent’s present GDP is estimated to have been reduced by 10% because of stunting alone.

Africa could have one billion undernourished, malnourished and hungry children by 2050 if current levels continue unabated. More than half of African countries are currently off course to meet targets required in the African regional nutrition strategy (2015-2025). Just nine countries will meet the target of reducing stunting by 40% by 2025.

Mauritius and South Africa are among the states with fewer children suffering from hunger, while Central African Republic and Chad are the worst child-friendly nations, according to ACPF. Child hunger has been in sharp contrast with economic growth seen in countries such as Kenya, which has had a 2% average growth in GDP per capita but also a 2.5% increase in stunting.

Child rights campaigner Graça Machel said at last month’s International Policy Conference on the African Child: “Women and girls, along with children from poor and rural backgrounds, suffer the most from hunger. In some countries, stunting rates are twice as high among rural children as among their urban counterparts.”

Conflict and the climate crisis have exacerbated child hunger in Africa, with three out of four of the continent’s stunted children under the age of five living in countries turned into war zones. In areas experiencing protracted conflicts, the rate of undernourishment in children is about two to three times higher.

In 2017, more than eight million people in Ethiopia, five million in Malawi, four million in Zimbabwe and three million in Kenya were affected by acute food insecurity caused by issues relating to the climate crisis.

A call to action: Towards an Africa free from child hunger - 8th International Policy Conference on the Africa Child

Article: Global hunger is threatening families because of climate change
The wellbeing of families is facing challenges on many fronts and – particularly in the developing world – climate change is perhaps the greatest of these...
News: Extreme hunger could kill 600,000 children in war zones this year
More than half a million children in conflict zones could die from extreme hunger before the end of the year, new research by Save the Children shows.
News: Global hunger continues to rise, new UN report says
New evidence continues to signal that the number of hungry people in the world is growing, reaching 821 million in 2017 or one in every nine people,...
News: 'Price of conflict is too high': hunger at crisis levels in eight countries
The number of hungry people living in conflict zones is rising, with eight countries recording crisis or emergency levels of food insecurity in at least a...
Printer-friendly version