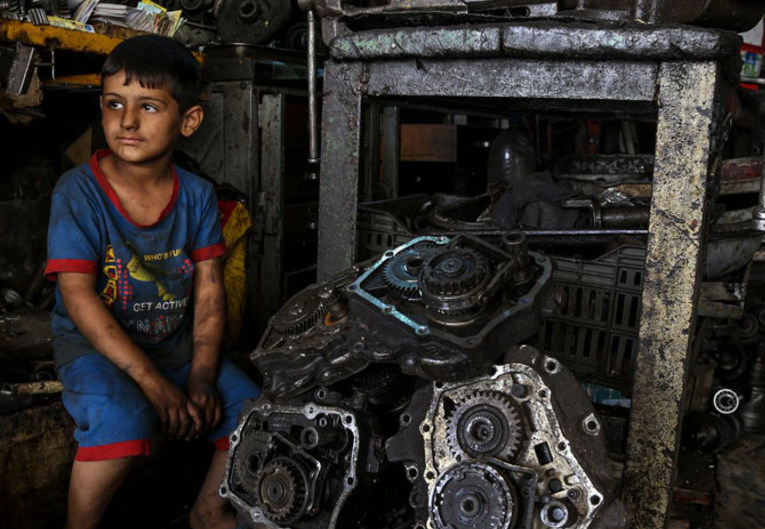 In a joint report by the International Labour Organization (ILO) and UN Children’s Fund (UNICEF), data shows that although a welfare safety net exists for 35 per cent of youngsters overall, that figure drops to 28 per cent in Asia and just 16 per cent in Africa.

State benefits from public funds, in the form of cash grants, “play a vital role in breaking the vicious cycle of poverty and vulnerability”, the report insists. Of 139 countries covered by the report, on average, they spend 1.1 per cent of their wealth on children up to 14 years old.

“There is a huge underinvestment gap that needs to be covered,” said Isabel Ortiz, Director of the Social Protection Department at ILO. “The numbers worsen by region. In Africa, for instance, children represent 40 per cent of the African population overall, but only 0.6 per cent is actually invested in social protection for children.”

According to the joint ILO/UNICEF report, one in five children globally lives in extreme poverty – defined as less than $1.90 a day – and almost one in two lives in “moderate” poverty, under $3.20 a day.

Children are twice as likely as adults to live in extreme poverty, the report continues, with lack of access to education and poor nutrition among the most significant long-term impacts.

“While social protection cash transfers are vital for children, they shouldn’t stand alone,” said David Stewart, Chief of Child Poverty and Social Protection Unit at UNICEF. “They have to be combined with other services – if a child is living in a household with sufficient resources and if they don’t have access to educational health, it doesn’t make a big difference. So, it’s about combining these interventions together.”

All countries have to resources to support children

In addition to the call for governments to invest in universal health coverage and tackle other issues including child labour, the UN report maintains that such measures are not a “privilege” of wealthy States.

“Recently, due to fiscal pressures from international financial institutions, they have been advising the Government to target the universal benefit, Ms. Ortiz explained. “So it’s one of these cases where fiscal consolidation or austerity short-term…may be having long-term impacts on children. So the UN message is to try to look at the longer-term.”

Improving all children’s lives ‘is an issue of political will’

“Child poverty can be reduced overnight with adequate social protection,” Ms. Ortiz said, adding that improving the lives of all children “is an issue of priorities and political will – even the poorest countries have fiscal space to extend social protection”.

Highlighting China’s success in achieving universal health and pension coverage in just four years, is an example of what can be done. The ILO official maintained that “ultimately, the extension of social protection is always about Government’s will. It is because a Government realizes about the important developmental impacts of protecting people, particularly those that are vulnerable, across the lifecycle, so in times of childhood, in old age, in times of maternity, protections are particularly needed.”

Report: At least one in four children live in poverty in the Middle East and North Africa
According to a recent UNICEF analysis covering 11 countries in the Middle East and North Africa[1], poverty continues to impact at least 29 million...
News: 'The time to act is now;' end children's suffering in Iraq and across the Middle East – UNICEF
Calling for “immediate care and protection” for children caught up in violence in Iraq's war torn Mosul and other Middle East conflicts, the United...
Article: 69m children will die of preventable causes, says Unicef
UN children’s agency report highlights toll on youngsters by 2030 unless world leaders turn rhetoric into reality on fighting poverty.
News: 'Woefully off track': global goals leave behind over half the world's children
More than half a billion of the world’s poorest children are invisible to the international organisations that could help them most.
Printer-friendly version