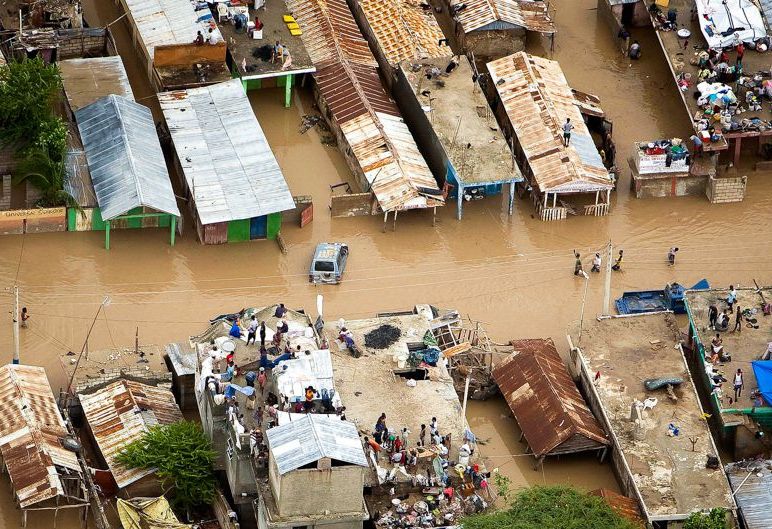 Climate crisis disasters are happening at the rate of one a week, though most draw little international attention and work is urgently needed to prepare developing countries for the profound impacts, the UN has warned.

Catastrophes such as cyclones Idai and Kenneth in Mozambique and the drought afflicting India make headlines around the world. But large numbers of “lower impact events” that are causing death, displacement and suffering are occurring much faster than predicted, said Mami Mizutori, the UN secretary-general’s special representative on disaster risk reduction. “This is not about the future, this is about today.”

This means that adapting to the climate crisis could no longer be seen as a long-term problem, but one that needed investment now, she said. “People need to talk more about adaptation and resilience.”

Estimates put the cost of climate-related disasters at $520bn a year, while the additional cost of building infrastructure that is resistant to the effects of global heating is only about 3%, or $2.7tn in total over the next 20 years.

Mizutori said: “This is not a lot of money [in the context of infrastructure spending], but investors have not been doing enough. Resilience needs to become a commodity that people will pay for.” That would mean normalising the standards for new infrastructure, such as housing, road and rail networks, factories, power and water supply networks, so that they were less vulnerable to the effects of floods, droughts, storms and extreme weather.

Until now, most of the focus of work on the climate crisis has been on “mitigation” – jargon for cutting greenhouse gas emissions, and not to be confused with mitigating the effects of the climate crisis. The question of adapting to its effects has taken a distant second place, in part because activists and scientists were concerned for years that people would gain a false complacency that we need not cut emissions as we could adapt to the effects instead, and also because while cutting emissions could be clearly measured, the question of adapting or increasing resilience was harder to pin down.

Mizutori said the time for such arguments had ran out. “We talk about a climate emergency and a climate crisis, but if we cannot confront this [issue of adapting to the effects] we will not survive,” she told the Guardian. “We need to look at the risks of not investing in resilience.”

Many of the lower-impact disasters would be preventable if people had early warnings of severe weather, better infrastructure such as flood defences or access to water in case of drought, and governments had more awareness of which areas were most vulnerable.

Nor is this a problem confined to the developing world, she said, as the recent forest fires in the US and Europe’s latest heatwave had shown. Rich countries also face a challenge to adapt their infrastructure and ways of protecting people from disaster.

“Nature-based solutions”, such as mangrove swamps, forests and wetlands which could form natural barriers to flooding should be a priority, said Mizutori. A further key problem is how to protect people in informal settlements, or slums, which are more vulnerable than planned cities. The most vulnerable people are the poor, women, children, the elderly, the disabled and displaced, and many of these people live in informal settlements without access to basic amenities.

Regulations on building standards must also be updated for the climate crisis and properly enforced, she said. One of the governance issues cited by Mizutori was that while responsibility for the climate crisis and greenhouse gas emissions was usually held in one ministry, such as the economics, environment or energy department, responsibility for infrastructure and people’s protection was held elsewhere in government.

“We need to take a more holistic view of the risks,” she said.

Report: The intersection of politics and spirituality in addressing the climate crisis
The following interview with STWR’s founder, Mohammed Sofiane Mesbahi, examines both the contemporary political and profounder spiritual implications of...
News: 'Climate apartheid' to push 120 million into poverty by 2030, UN says
The world is facing a "climate apartheid" between the rich who can protect themselves and the poor who are left behind, the UN has warned in a new report...
Article: Global inequality in a time of climate emergency
Every national campaign for tackling climate change also needs an international justice plank, because we’re not going to get anywhere near the Paris...
Article: Global hunger is threatening families because of climate change
The wellbeing of families is facing challenges on many fronts and – particularly in the developing world – climate change is perhaps the greatest of these...
Printer-friendly version