Pope criticizes lack of unity in world’s response to coronavirus 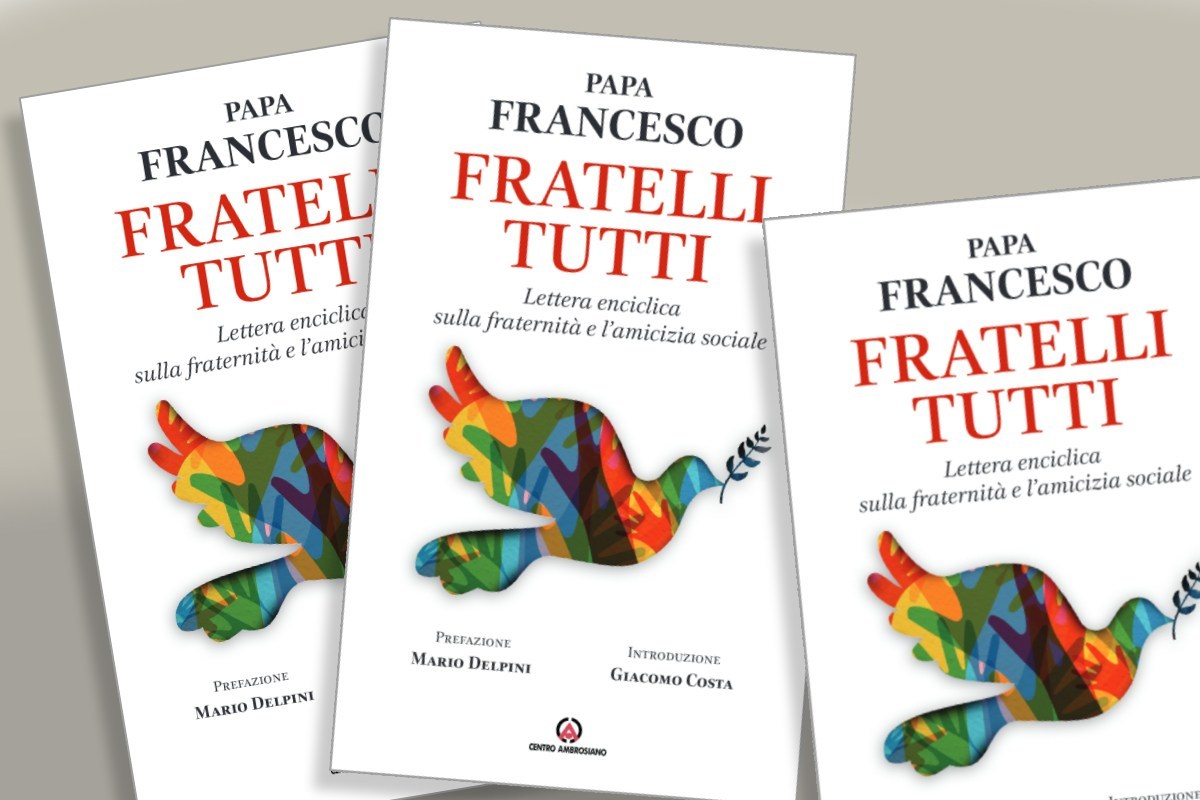 In an encyclical, the most authoritative form of papal teaching, Francis lamented poor cooperation among countries and warned the forces of “myopic, extremist, resentful and aggressive nationalism are on the rise.”

Pope Francis criticized the failures of global cooperation in response to the coronavirus pandemic in a document released on Sunday that underscores the priorities of his pontificate.

“As I was writing this letter, the Covid-19 pandemic unexpectedly erupted, exposing our false securities,” Francis said in the encyclical, the most authoritative form of papal teaching. “Aside from the different ways that various countries responded to the crisis, their inability to work together became quite evident. For all our hyper-connectivity, we witnessed a fragmentation that made it more difficult to resolve problems that affect us all,” he added.

“Anyone who thinks that the only lesson to be learned was the need to improve what we were already doing, or to refine existing systems and regulations, is denying reality,” the pope said.

Released amid another Vatican financial scandal and after changes in church rules regarding sex abuse, the letter steered clear of other contentious subjects. It instead returned often to some of the church’s hobbyhorses, including a secularism that has produced what the church sees as a throwaway, consumerist culture.

Francis argued that this was apparent in the treatment of older people during the pandemic.

“If only we might keep in mind all those elderly persons who died for lack of respirators, partly as a result of the dismantling, year after year, of health care systems. If only this immense sorrow may not prove useless, but enable us to take a step forward toward a new style of life,” he wrote.

The pope also warned that the forces of “myopic, extremist, resentful and aggressive nationalism are on the rise.”

The encyclical, titled “Brothers All,” is a reflection on fraternity and social friendship heavily influenced by St. Francis of Assisi, after whom the pope took his name. The document calls for closeness to the marginalized, support for migrants, resistance of nationalist and tribal populism, and the abolition of the death penalty, but in those respects it broke little new ground.

Francis signed the letter on Saturday in the crypt of the Basilica of St. Francis in the town of Assisi in central Italy, his first trip outside Rome since the coronavirus pandemic prompted Italy to lock downfor nearly three months starting in March.

In the letter, the pope made a connection between the economic globalization that he thinks leaves people behind — writing, “We are asked to believe this dogma of neoliberal faith” — and the spread of the virus, which he said exposed existing inequalities.

“If everything is connected, it is hard to imagine that this global disaster is unrelated to our way of approaching reality, our claim to be absolute masters of our own lives and of all that exists,” he writes. “I do not want to speak of divine retribution, nor would it be sufficient to say that the harm we do to nature is itself the punishment for our offenses.”

Francis expounded on some of his preferred themes including an appeal for peace, justice and fraternity that he has elevated to church teaching. Most of the letter consists of spiritual reflections on love or biblical commentary or esoteric insights (“Concupiscence is not a flaw limited to our own day”).

There are also long tracts about charity and respecting local cultures and outsiders.

But Francis has some more concrete hopes, too, though they remain at an altitude high above policy proposals. To help migrants, he calls for simplifying the granting of visas and for opening humanitarian corridors.

He argues that fraternity on a state level requires richer countries to help poorer ones. But at the same time, he expresses suspicion of foreign loans.

“In many instances, debt repayment not only fails to promote development but gravely limits and conditions it,” he wrote. Instead, he endorsed a sort of international collective bargaining, with small or poor countries signing agreements with their regional neighbors that would allow them to negotiate as a bloc.

The pope identified global trends that he believes “hinder the development of universal fraternity.” He cited economic inequality, sexism and racism, “a virus that quickly mutates” and which he said continues to shame the world despite “supposed social progress.”

He was especially critical of internet trolls, the “frenzy of texting” and “self-centered chats” that prevent the seeking of wisdom and deep relationships.

In social networks, he criticized technologies that “shamelessly peer into every detail” of people’s lives, and “do not really build community; instead, they tend to disguise and expand the very individualism that finds expression in xenophobia and in contempt for the vulnerable.”

Debasement of culture on the internet, he wrote, has transferred to real life.

“Things that until a few years ago could not be said by anyone without risking the loss of universal respect can now be said with impunity,” he said, “and in the crudest of terms, even by some political figures.”

The pope devoted a full chapter, one of eight, to his view on politics, which he argued can be among the noblest of professions. But now he sees an enemy to fraternity in the way “certain populist political regimes, as well as certain liberal economic approaches, maintain that an influx of migrants is to be prevented at all costs.”

He argued that disregard for the vulnerable “can hide behind a populism that exploits them demagogically for its own purposes.”

And the pope made clear that he did not like the permanent campaign tenor of modern politics.

“Today, in many countries, hyperbole, extremism and polarization have become political tools,” he wrote, without mentioning any specific country.

Nevertheless, Francis sought to strike a hopeful note, expressing optimism that the “recent pandemic enabled us to recognize and appreciate once more all those around us who, in the midst of fear, responded by putting their lives on the line.”

But, perhaps less optimistically, he noted, “once this health crisis passes, our worst response would be to plunge even more deeply into feverish consumerism and new forms of egotistic self-preservation.”

Article: A reflection on Pope Francis’ clarion call to #sharetheplanet
The Catholic Church has embraced a radical position on sharing the world’s resources, one that we would all do well to heed and ponder. But the real...
Blog: Pope Francis’ Prayer Intention: For the planet’s resources to be shared in a just and respectful manner, not plundered
When we share and respect the resources of the world, each nation will benefit, explains Fr Andrew Hamilton for the Catholic Outlook.
Article: Where's the missing part, Naomi Klein? Ask Pope Francis and Mohammed Mesbahi
The latest book by Naomi Klein is essentially a call to share the world’s resources, but its theory of social change is missing a crucial factor: a...
Blog: UN75 Declaration calls for multilateralism to achieve equal, resilient world
The High-level Commemoration of the 75th Anniversary of the UN brought together 111 Heads of State and Government and 14 Ministers, who spoke in support...
Printer-friendly version