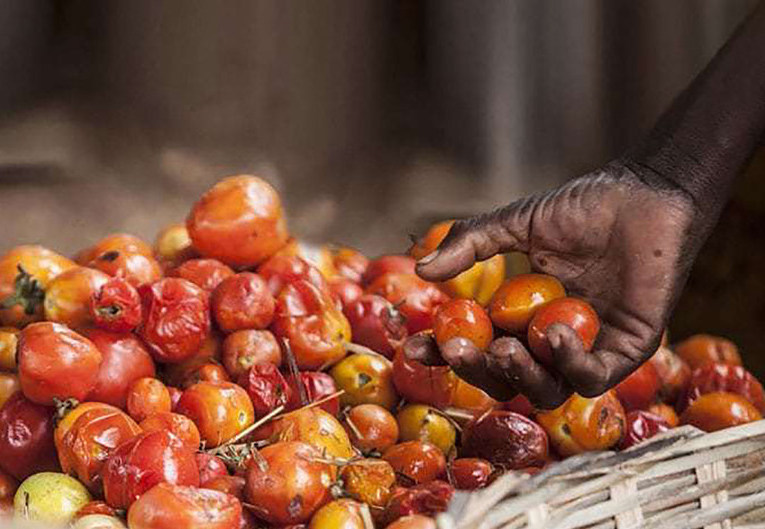 With one-third of food produced for human consumption lost or wasted, and millions still going hungry, the UN’s food-related agencies are shining a spotlight on the issue.

The Food and Agriculture Organization (FAO) have published its annual State of Food and Agriculture report with findings that could lead to a reduction in food loss and waste. Earlier in October, the World Food Programme (WFP) also launched its awareness-raising #StopTheWaste campaign.

“How can we allow food to be thrown away when more than 820 million people in the world continue to go hungry every day?”, asked FAO Director-General Qu Dongyu in the foreword to his agency’s report.

The study contains fresh estimates of the scale of the problem, enabling a better understanding of the challenge, and suggesting possible solutions, by looking into why, and where, loss and waste take place. The FAO makes a distinction between food losses, which occur at the stage when food is harvested, up until the moment when it is sold; and food waste, which occurs during the sale and consumption of food.

Getting to the root of the issue

Guidance for countries, suggesting policies and interventions that can reduce food loss and waste, is also part of the report. This include providing incentives for farmers and producers, to make it cost-effective for them to be more efficient and less wasteful. These incentives may involve financial help for smallholders, who don’t have the means to pay for improved techniques and practices.

Armed with better data, such as the information in the report, governments will be able to target their actions more accurately and raise awareness of the benefits of reducing food loss and waste among suppliers and consumers and influence their decision-making.

The World Food Programme is also hoping to bring the problems surrounding food loss and waste to a larger audience, with the launch of its #StopTheWaste campaign, which is encouraging all of us to think about how we can reduce food waste in our daily lives.

In the field, WFP helps smallholder farmers to get their food to the people who need it most, by providing new technologies for storage and transportation, that prevent crops from spoiling prematurely and connecting them with markets.

Find out more about the ways that the WFP, and other parts of the UN system, are working to help reduce food losses and waste, and achieve the Sustainable Development Goal of Zero Hunger by 2030, in our feature story, “Can we feed the world and ensure no one goes hungry?”

News: Higher temperatures driving 'alarming' levels of hunger – report
The climate crisis is driving alarming levels of hunger in the world, undermining food security in the world’s most vulnerable regions, according to this...
News: Global hunger continues to rise, new UN report says
New evidence continues to signal that the number of hungry people in the world is growing, reaching 821 million in 2017 or one in every nine people,...
Article: Global hunger is threatening families because of climate change
The wellbeing of families is facing challenges on many fronts and – particularly in the developing world – climate change is perhaps the greatest of these...
Article: An enquiry into the meaning of sharing food
If we are concerned about stopping the enduring crime of starvation amidst plenty, we cannot restrict our actions to the level of our own country or...
Printer-friendly version