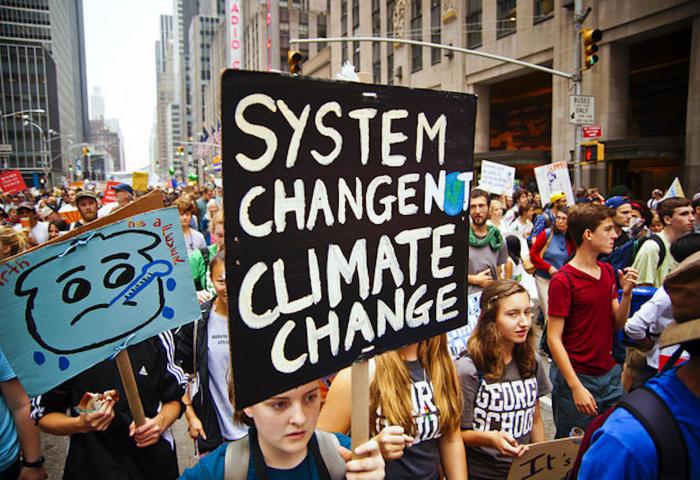 Avoiding global climate chaos will require a major transformation of society and the world economy that is “unprecedented in scale”, the United Nations has warned.

In a landmark report released today, the organisation also said that time is running out to avert disaster.

Earth’s surface has warmed one degree Celsius – enough to lift oceans and unleash a crescendo of deadly storms, floods and droughts – and is on track toward an unlivable 3 degree or 4 degree rise.

At current levels of greenhouse gas emissions, the world could pass the 1.5 Celsius marker as early as 2030, and no later than mid-century, the Intergovernmental Panel for ClimateChange (IPCC) reported with “high confidence”.

“The next few years are probably the most important in human history,” Debra Roberts, head of the Environmental Planning and Climate Protection Department in Durban, South Africa, and an IPCC co-chair, told AFP.

A Summary for Policymakers of the 400-page tome underscores how quickly global warming has outstripped humanity’s attempt to tame it, and outlines options for avoiding the worst ravages of a climate-addled future.

“We have done our job, we have now passed on the message,” Jim Skea, a professor at Imperial College London’s Centre for Environmental Policy and an IPCC co-chair, said at a press conference.

“Now it is over to governments — it’s their responsibility to act on it.”

Before the Paris Agreement was written in 2015, nearly a decade of scientific research rested on the assumption that 2 Celsius was the guardrail for a climate-safe world.

The IPCC report, however, shows that global warming impacts have come sooner and hit harder than predicted.

“Things that scientists have been saying would happen further in the future are happening now,” Jennifer Morgan, Executive Director of Greenpeace International, told AFP.

To have at least a 50/50 chance of staying under the 1.5C cap without overshooting the mark, the world must become “carbon neutral” by 2050, according to the report.

“That means every tonne of CO2 we put into the atmosphere will have to be balanced by a tonne of CO2 taken out,” said lead coordinating author Myles Allen, head of the University of Oxford’s Climate Research Programme.

Drawing from more than 6,000 recent scientific studies, the report laid out four pathways to that goal.

The most ambitious would see a radical drawdown in energy consumption coupled with a rapid shift away from fossil fuels and a swift decline in CO2 emissions starting in 2020.

It would also avoid an “overshoot” of the 1.5C threshold.

A contrasting “pay later” scenario compensates for a high-consumption lifestyles and continued use of fossil fuels with a temporary breaching of the 1.5C ceiling.

It depends heavily on the use of biofuels. But the scheme would need to plant an area twice the size of India in biofuel crops, and assumes that some 1,200 billion tonnes of CO2 – 30 years’ worth of emissions at current rates – can be safely locked away underground.

“Is it fair for the next generation to pay to take the CO2 out of the atmosphere that we are now putting into it?”, asked Allen. ”We have to start having that debate.”

The stakes are especially high for small island states, developing nations in the tropics, and countries with densely-populated delta regions already suffering from rising seas.

“We have only the slimmest of opportunities remaining to avoid unthinkable damage to the climate system that supports life as we know it,” said Amjad Abdulla, chief negotiator at UN climate talks for the Alliance of Small Island States (AOSIS).

Limiting global warming to 1.5 Celsius comes with a hefty price tag: some €2.1 trillion of investments in the global energy system every year between 2016 and 2035, or about 2.5% of world GDP.

That amount, however, must be weighed against the even steeper cost of inaction, the report says.

The path to a climate-safe world has become a tightrope, and will require an unprecedented marshalling of human ingenuity, the authors said.

“The problem isn’t going to be solved with a silver bullet,” Ove Hoegh-Guldberg, director of the University of Queensland’s Global Change Institute, told AFP.

“We need a hail of silver bullets.”

The IPCC report was timed to feed into the December UN climate summit in Katowice, Poland, where world leaders will be under pressure to ramp up national carbon-cutting pledges which – even if fulfilled – would yield a ’3 Celsius world’.

The week-long meeting in Incheon, South Korea – already deep into overtime – deadlocked on Saturday when oil giant Saudi Arabia demanded the deletion of a passage noting the need for global CO2 emissions to decline “well before 2030″.

The report was approved by consensus as soon as the Saudis backed down, participants told AFP.

Concerns that the United States would seek to obstruct the process proved unfounded.

The Trump administration has dismantled emissions reduction policies domestically, and vowed to ditch the Paris treaty.

Blog: The climate crisis is here - and time to act is running out
To unlock the needed ambition at the latest climate negotiations in Bangkok, each country must undertake its fair share of action – based on both their...
News: World 'nowhere near on track' to avoid warming beyond 1.5C target
The world’s governments are “nowhere near on track” to meet their commitment to avoid global warming of more than 1.5C above the pre-industrial period,...
Blog: Ahead of COP23 climate talks, tens of thousands march demanding end to 'era of fossil fuels'
Just days before world leaders are set to gather in Bonn, Germany for the annual United Nations Climate Change Conference (COP23), tens of thousands of...
Report: The intersection of politics and spirituality in addressing the climate crisis
The following interview with STWR’s founder, Mohammed Sofiane Mesbahi, examines both the contemporary political and profounder spiritual implications of...
Printer-friendly version