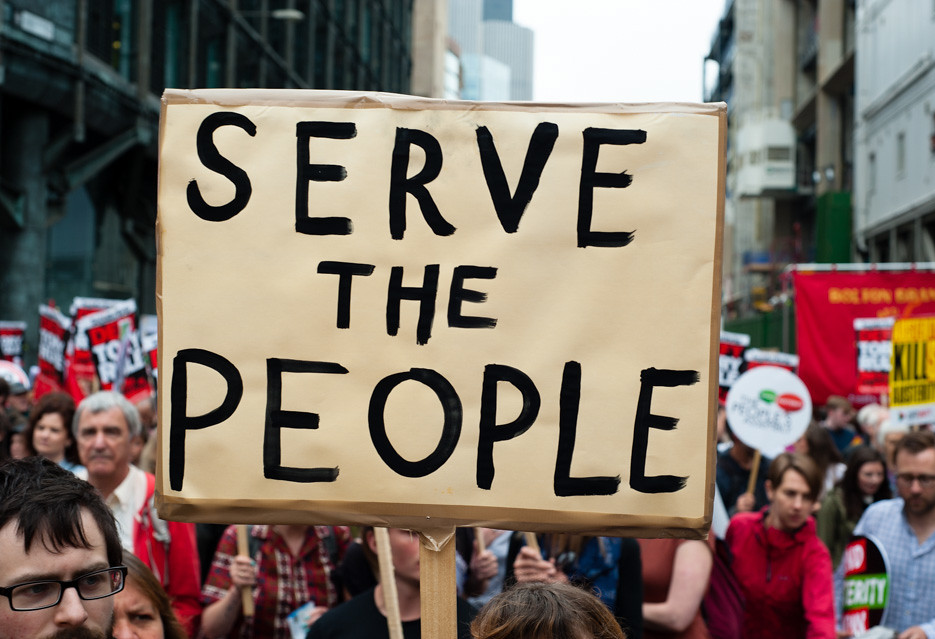 A new report End Austerity: A global report on budget cuts and harmful social reforms shows that 85 per cent of the world’s population will live in the grip of austerity measures by 2023.

​This trend is likely to continue until at least 2025, when 75 per cent of the global population (129 countries) could still be living under these conditions.

Austerity measures include scaling down social protection programs for women, children, the elderly and other vulnerable people, leaving only a small safety net for a fraction of the poor; cutting or capping the wages and number of  teachers, health and local civil servants and eliminating subsidies; privatising or commercialising public services such as energy, water and public transport; and reducing pensions and workers’ rights.

Civil society organisations from across the world are launching an #EndAusterity campaign today to fight back against the wave of austerity that is sweeping across the world, supercharging inequality and compounding the effects of the cost-of-living crisis and climate breakdown.

Isabel Ortiz, Director of the Global Social Justice Program at the Initiative for Policy Dialogue, and co-author of the report, said: “Decisions on budget cuts affect the lives of millions of people and should not be taken behind closed doors by a few technocrats at a Ministry of Finance, with the support of the IMF. Policies must instead be agreed transparently in a national social dialogue, negotiating with trade unions, employer federations and civil society organisations. Austerity cuts are not inevitable, in fact our report presents nine financing alternatives that are available, even to the poorest countries.”

Making matters worse, a second report also launched today at the #EndAusterity Festival found that, despite this austerity wave, one-third less Covid-19 recovery money was spent last year compared to 2020, falling from 3.9 per cent of GDP to 2.4 per cent of GDP, due to the worsening economic situation. The report by the Financial Transparency Coalition and partners entitled Recovery at a Crossroads: How Countries Spent Covid-19 Funds also found that only 37 per cent of Covid-19 recovery funds in 21 developing countries analysed went to urgent social protection measures. Meanwhile, big corporations benefited from 39 percent of funds, which does not take into account tax waivers, corporate loans, and credit lines where they are not accounted for in the budgets. In the meantime smaller businesses only received 20 per cent and informal workers 4 percent of the total. Women have been particularly affected, since despite being hard hit by the pandemic, they only received half as much support as men.

Matti Kohonen, director of the Financial Transparency Coalition, said: “Despite the cost-of-living crisis, governments in developing countries, often with their hands tied by international financial institutions, are putting big corporations ahead of the people. Nearly 40% of Covid-19 recovery funds went to big companies, meaning that those most impacted by the pandemic have been left behind. We should promote a people-centered recovery with progressive tax policies instead of cutting social protection and support for the most vulnerable.”

Blog: Austerity, the “new normal”
Austerity and budget cuts do not need to be “the new normal”. Governments can find additional fiscal space to fund public services and development...
Article: World protests show rising outrage and mounting discontent
Despite the coronvirus pandemic, we are experiencing a continuation of rising outrage and street protests throughout the world. Governments need to listen...
Article: The age of discontent: What drives the rising wave of world protests?
New research shows that global protests are rising and have much in common - asking for no more than established human rights. By Walden Bello and Isabel...
Report: Demanding justice beyond rhetoric
The latest Spotlight on Sustainable Development 2021 report argues that it's time to overcome contradictions and hypocrisy in the COVID-19 crisis....
Event: The End Austerity Activism Festival
The End Austerity Campaign calls on activists and organisations from all around the world to denounce the new wave of austerity spreading across the world...
Printer-friendly version