Corporate influence on the G20 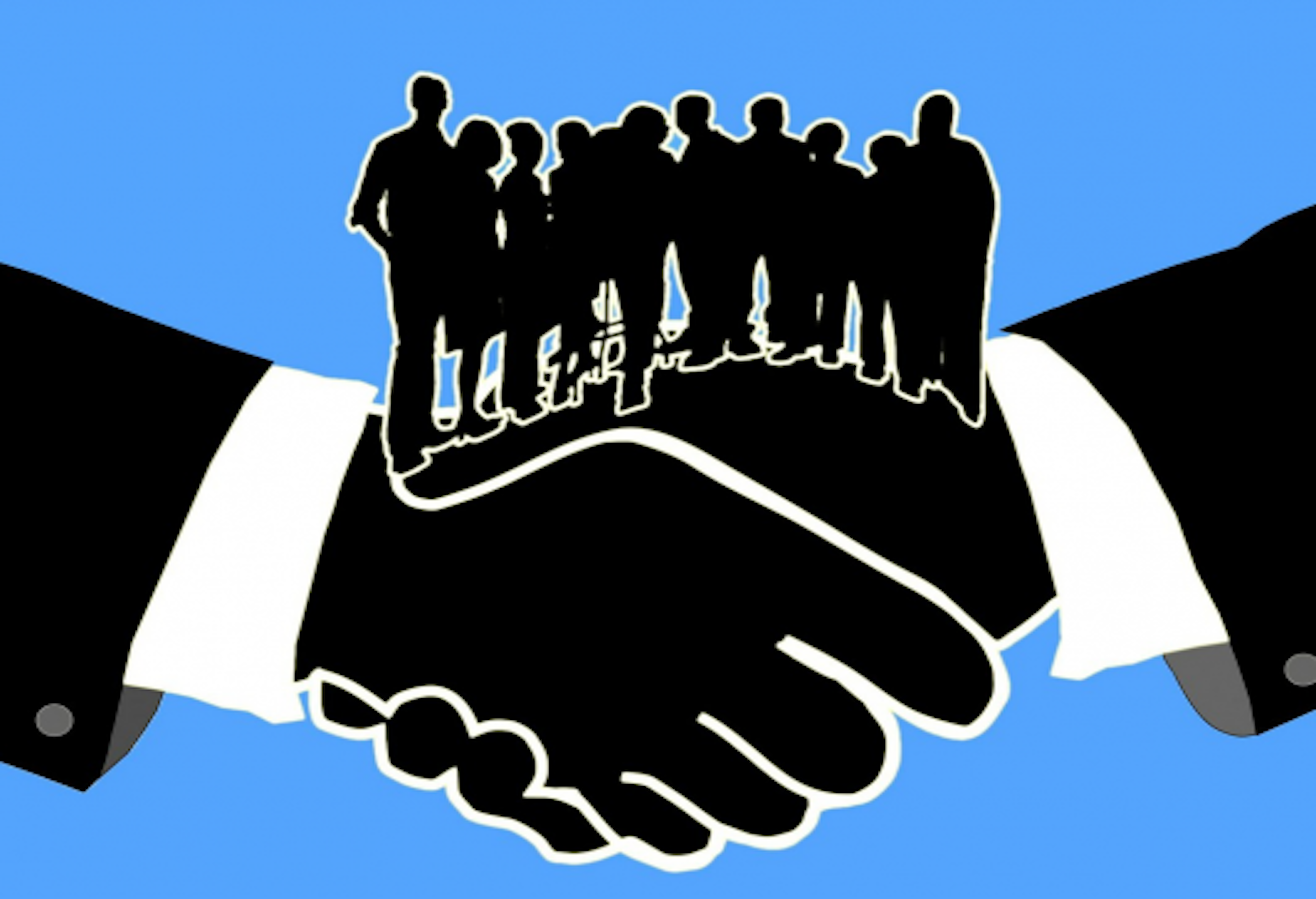 Take a closer look behind the flowery language, and it reveals that corporate influence on the G20 discourse entails considerable risks and side-effects. It's time to counter the imbalances in G20 policies, and the double standards in its openness towards business and civil society - for which substantial reforms are necessary. A new report by Jens Marten for Heinrich Böll Stiftung and Global Policy Forum.

Over the past eight years, the G20 has emerged as one of the most prominent political fora for international cooperation, far beyond its original mandate to tackle the global economic and financial crisis of 2007/2008. Today its agenda covers financial and economic issues, investment (particularly in infrastructure), labour market and employment policy, the opportunities and challenges of digital technology, climate change, development, agriculture, global health, migration, counter-terrorism, and other issues of global significance.

For transnational corporations and their national and international associations and lobby groups, the G20 process provides important opportunities to engage with the world’s most powerful governments on a regular basis, shape their discourse, and influence their decisions. For this purpose, business actors have created a broad network of alliances and fora around the G20, with the Business20 (B20) as the most visible symbol of corporate engagement.

The G20 is responsive to the business recommendations

It is difficult to measure the direct influence of business actors on the G20 and to assess their impact. Given the lack of transparency and disclosure of the G20, systematic information about its meetings is not publicly available. The B20 and the International Chamber of Commerce (ICC) claim success in influencing G20 decision-making in various impact reports and G20 Business Scorecards, leading to the conclusion that the G20 is increasingly responsive to the priority recommendations put forward by them.

However, it is not clear whether the commonalities of business and G20 positions have been caused by direct B20 interventions, by the lobbying of national business groups in G20 countries, by longer-term methods of influencing discourses and political decision-making processes (including public relations campaigns and scientific research commissioned by corporate interest groups), or simply because governments share certain views and analyses of business actors. Whatever the case, the comparison of business recommendations and G20 communiqués shows a large proportion of overlapping positions and common language. This indicates the high degree of direct or indirect influence that corporate actors exert on shaping the agenda and the discourse of the G20.

In listening to the key catchwords of corporate actors in their recommendations to the G20, such as encouraging innovation, optimizing regulation, or developing effective and efficient governance, one may wonder “what’s the problem?” But a closer look behind the flowery language reveals that corporate engagement in and influence on the G20 discourse entail considerable risks and side-effects. The following aspects are of particular concern:

Time to counterbalance corporate influence in the G20

The Enhanced Structural Reform Agenda adopted at the 2016 G20 Summit in China is a good example of the corporate influence on the G20. It reflects a narrow and purely economic understanding of the need for structural change. This is in sharp contrast to the holistic approach of the 2030 Agenda for Sustainable Development, adopted by the United Nations (UN) in September 2015. While the 2030 Agenda posits the need for an integrated and indivisible approach to balance the economic, social and environmental dimensions of sustainability, the Enhanced Structural Reform Agenda of the G20 mentions social and environmental concerns only in passing and completely ignores human rights as guiding principle for any structural reform.

In order to at least gradually overcome the described imbalances in G20 policies and the double standards in its openness towards business and civil society, substantial reforms are necessary. They relate to procedural as well as to political aspects of the G20 process.

Blog: Corporations running the world used to be science fiction - Now it's a reality
The power of corporations has reached a level never before seen in human history, often dwarfing the power of states. That is why civil society...
Article: The illegitimate power of multinational corporations
As the influence of multinational corporations over public policy continues unabated, the key challenge for those campaigning for social and environmental...
Blog: The Tax Dodging Bill: it’s time for big corporations to pay their fair share
This week, a coalition of NGOs have launched a campaign for a new law in the UK that could make sure that corporations pay their fair share of taxes to...
Article: The struggle for a UN Treaty: Towards global regulation on human rights and business
A global alliance of civil society organizations are demanding a binding treaty to regulate the activities of transnational corporations with respect to...
Printer-friendly version