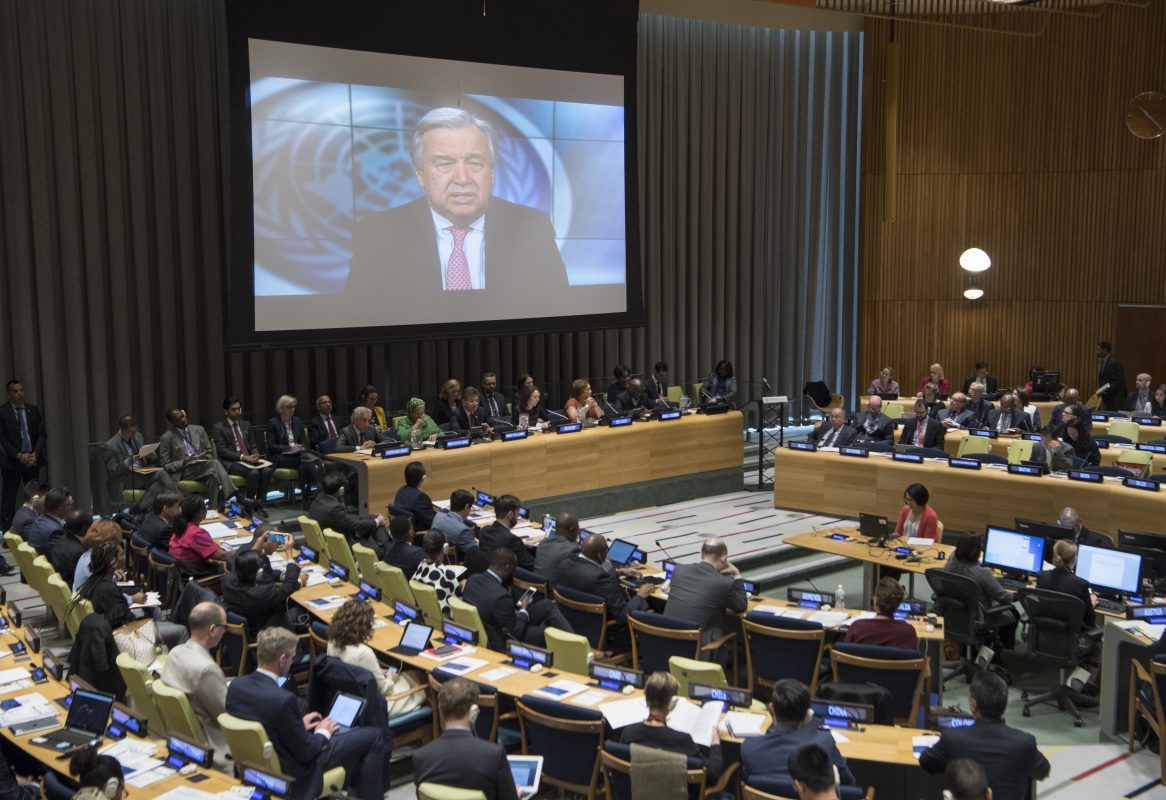 A major new UN-led report, involving more than 60 international organizations, warns that a comprehensive overhaul of the world’s financial system is necessary, if governments are to honour commitments to tackle critical issues, such as combatting climate change and eradicating poverty by 2030.

At a press conference on Thursday, following the release of the report, Deputy Secretary-General Amina Mohammed said that it delivers a “sobering message”, showing low wage growth, rising inequality and debt distress, and stagnating aid levels.

Climate change, said Ms. Mohammed, continues to threaten sustainable development in all regions, and, despite international commitments to limit a rise in global temperatures, greenhouse gas emissions actually rose by 1.3 per cent during the course of 2017.

The report also shows that it is becoming increasingly difficult to create conditions to bring about positive change. The reasons include rapid changes in technology, geopolitics and climate, and the inability of national and multilateral institutions to adapt.

In addition, increasing inequality has hit many people’s faith in the multilateral system and, in his foreword to the report, António Guterres, Secretary-General of the United Nations, says: “Our shared challenge is to make the international trading and financial systems fit for purpose to advance sustainable development and promote fair globalization.”

Despite the many problems and roadblocks outlined in the report, the international organizations involved found that interest in sustainable investment is growing in the finance community, with some three-quarters of individual investors showing interest in how their financial behaviour affects the world.

The report also contains a number of recommendations for ways to bring about a more sustainable global economy and financial system. These include a shift to long-term investment, and an inclusion of sustainability as a central risk factor; a revamp of the multilateral trading system; and addressing the concentration of markets into the hands of a small number of powerful companies, which are not limited by national borders.

The Deputy Secretary-General noted that encouraging longer-term credit ratings, carbon taxes, and meaningful disclosure on the social and environmental costs of doing business, are all examples of incentives aligned with sustainable development goals.

Ms. Mohammed continued with a call for better regulation to manage financial technology, commonly referred to as fintech. Whilst fintech has allowed more than half a billion people to gain access to financial services, enabling progress on the 2030 Agenda in developing countries, regulators are struggling to keep pace and, if fintech is allowed to grow in an unsupervised manner, it could put financial stability at risk.

In a statement, Zhenmin Liu, Under-Secretary-General for Economic and Social Affairs and Chair of the Task Force that issued the report said there is a major opportunity to overcome bottlenecks in sustainable financing in 2019, but insisted that “the responsibility rests with governments to recommit to multilateralism, and to take policy actions that will create a sustainable and prosperous future.”

Between April 15 and April 18, the UN will discuss the findings of the report at the Economic and Social Forum (ECOSOC) Forum in Financing for Development, where Member States agree on measures necessary to mobilize sustainable financing.

Report: Financing Injustice
We need a radically different and rebalanced financial system which ensures that the very poorest are included and actively supported to thrive, and in...
Article: The importance of equity and finance for more climate ambition
Finance has always been a contentious issue at climate change talks, but developing countries will only dare commit themselves to greater emission cuts...
Blog: Only inequality-busting aid will help end poverty
The amount of aid matters, but so does how and where it is spent. Development aid must be focused on reducing the inequality that drives poverty, writes...
Printer-friendly version