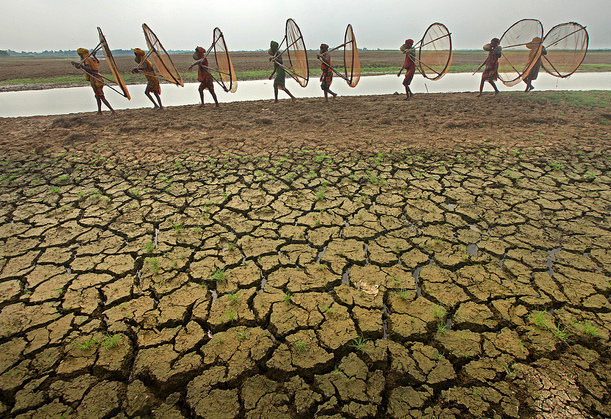 The global food system is broken, leaving billions of people either underfed or overweight and driving the planet towards climate catastrophe, according to 130 national academies of science and medicine across the world.

Providing a healthy, affordable, and environmentally friendly diet for all people will require a radical transformation of the system, says the report by the InterAcademy Partnership (IAP). This will depend on better farming methods, wealthy nations consuming less meat and countries valuing food which is nutritious rather than cheap.

The report, which was peer reviewed and took three years to compile, sets out the scale of the problems as well as evidence-driven solutions.

The global food system is responsible for a third of all greenhouse gas emissions, which is more than all emissions from transport, heating, lighting and air conditioning combined. The global warming this is causing is now damaging food production through extreme weather events such as floods and droughts.

The food system also fails to properly nourish billions of people. More than 820 million people went hungry last year, according to the UN Food and Agriculture Organisation, while a third of all people did not get enough vitamins. At the same time, 600 million people were classed as obese and 2 billion overweight, with serious consequences for their health. On top of this, more than 1bn tonnes of food is wasted every year, a third of the total produced.

“The global food system is broken,” said Tim Benton, professor of population ecology, at the University of Leeds, who is a member of one of the expert editorial groups which produced the report. He said the cost of the damage to human health and the environment was much greater than the profits made by the farming industry.

“Whether you look at it from a human health, environmental or climate perspective, our food system is currently unsustainable and given the challenges that will come from a rising global population that is a really [serious] thing to say,” Benton said.

Reducing meat and dairy consumption is the single biggest way individuals can lessen their impact on the planet, according to recent research. And tackling dangerous global warming is considered impossible without massive reductions in meat consumption.

Research published in the journal Climate Policy shows that at the present rate, cattle and other livestock will be responsible for half of the world’s greenhouse gas emissions by 2030, and that to prevent this will require “substantial reductions, far beyond what are planned or realistic, from other sectors”.

“It is vital [for a liveable planet] that we change our relationship with meat, especially with red meat. But no expert in this area is saying the world should be vegan or even vegetarian,” said Benton.

Rearing cattle and other livestock causes the same carbon emissions as all the world’s vehicles, trains, ships and planes combined. “We have spent 30 to 40 years investing quite heavily on fuel efficiency in the transport sector,” said Benton. “We need do something similarly radical in the farming sector and the scope for doing that by changing the way we raise the animals is much smaller than the scope we have by changing our diets.”

The IAP report notes that in poorer countries meat, eggs and dairy can be important in providing concentrated nutrients, especially for children. It also says other things livestock can provide should be taken into consideration, such as leather, wool, manure, transport and plough pulling.

The UN climate change conference, COP24, which starts on Sunday in Katowice, Poland, is an opportunity for political action, said Joachim von Braun, a professor who co-chairs the IAP project. “Our food systems are failing us. Agriculture and consumer choices are major factors driving disastrous climate change.”

Another member of the IAP editorial group, Aifric O’Sullivan, from University College Dublin, said: “We need to ensure that policymakers inform consumers about the climate impacts of their food choices, provide incentives for consumers to change their diets, and reduce food loss and waste.”

The report recommends many actions that could help deliver the “whole-scale root and branch transformation” that is required, said Benton. These include crops that are more resilient to climate change, smarter crop rotation, soil protection, precier use of fertilisers and less use of pesticides. It also backs innovation such as laboratory-grown meat and insect-based foods.

Download report: Opportunities for future research and innovation on food and nutrition security and agriculture: The InterAcademy Partnership's global perspective

Blog: The climate crisis is here - and time to act is running out
To unlock the needed ambition at the latest climate negotiations in Bangkok, each country must undertake its fair share of action – based on both their...
Blog: Response to the IPCC 1.5°C Special Report
The University of Manchester’s Professor Kevin Anderson responds to the latest report from the Inter-Governmental Panel on Climate Change.
Article: Dying of consumption while guzzling snake oil: the environment crisis requires overhauling our corporate industrial civilization
We cannot count on our government officials to offer real solutions—only we can make the necessary large-scale changes in production and consumption on...
Blog: Earth's resources consumed in ever greater destructive volumes
Humanity is devouring our planet’s resources in increasingly destructive volumes, according to a new study that reveals we have consumed a year’s worth of...
Printer-friendly version