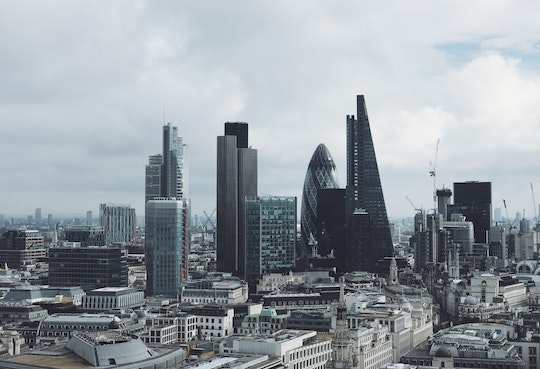 The finance industry’s demand for new sources of capital worldwide to satisfy investors, is having a serious negative impact on the enjoyment of human rights, a group of UN-appointed independent rights experts have warned.

Among the rights at risk from increasing speculation in the financial markets by hedge funds and other investment funds, are the right to safe drinking water and sanitation, food, adequate housing, development, and a healthy and sustainable environment, among others.

In a statement, the independent Special Rapporteurs and other experts, expressed their concern over the gradual encroachment of financial speculators into new areas of the economy, putting human rights at risk.

They highlighted in particular, trading in areas essential for the enjoyment of human rights of marginalized, indigenous peoples, Afro-descendant and peasant communities, persons with disabilities and persons living with Albinism, as well as those living in areas of conflict.

The experts also pointed out that so-called financialisation – the growth in new financial instruments since the 1980s managed by new financial services - has a disproportionate impact on the enjoyment of their rights by women and girls, who are systematically victims of discrimination. The impact on older people was also highlighted.

According to a former Special Rapporteur on adequate housing, in recent years massive amounts of global capital have been invested in housing as a commodity, as security for financial instruments that are traded on global markets, and as a means of accumulating wealth.

However, when the 2008 global financial crisis hit, many houses suddenly lost much of their value, and individuals and families were made homeless overnight.

The expert also pointed out that in the Global South, informal settlements in Southern cities are regularly demolished for luxury housing and commercial development intended for the wealthiest groups of the population.

This process of financialisation of assets, has only been reinforced during the COVID-19 pandemic, the expert said.

In agricultural markets, the experts described how the same big international banks responsible for the global financial crisis, invested billions of dollars in food futures, generating an increase in the prices of raw materials such as wheat, corn and soybean, which doubled and even tripled in a few months, creating a new speculative food bubble.

According to the World Bank, between 130 and 150 million more people were pushed into extreme poverty and hunger, mainly in low-income countries depending on food imports to feed their populations.

The experts highlighted how the financialisation of housing and food has exacerbated inequalities and exclusion, disproportionately affecting heavily indebted households and those on low incomes.

Applying speculative logic in these areas violates the human rights of people in poverty, exacerbates gender inequality and aggravates the vulnerability of marginalized communities, they said.

The growing monetization and commodification of ecosystem services, such as carbon storage, were also noted by the experts.

They warned that it threatens the sustainability of ecosystems, marginalizes natural and cultural values that have no apparent economic value, and weakens the control of indigenous peoples and local communities over their territories.

The right to pollute and destroy nature is gradually being legitimized and commercialized, they said.

They also pointed out that addressing the climate emergency often ignores both the impacts on people in poverty, and undermines the human rights and livelihoods of the poorest.

The eviction of indigenous peoples from forests or the replacement of complex old-growth forests with monocultures of fast-growing non-native tree species was highlighted as an example of this.

Treating housing, food, or the environment, as assets to be traded by hedge funds and other financial actors in financial derivatives markets, represents a direct attack on people's exercise and enjoyment of human rights such as the right to housing, to food, to a healthy environment, or to drinking water and sanitation, the experts stated.

News: As rich-poor divide widens between nations, UN urges reform
A new report from the United Nations highlights divergent economic recoveries between nations and throws fresh urgency behind warnings that richer nations...
Report: Adding fuel to fire: How IMF demands for austerity will drive up inequality worldwide
A new briefing paper by Oxfam shows that the International Monetary Fund is systematically encouraging countries to adopt austerity measures once the...
Report: Global austerity alert: Looming budget cuts in 2021-25 and alternative pathways
A new global study sounds an alert of an emerging austerity shock: most governments are imposing budget cuts, precisely at a time when their citizens and...
News: Billions of people will lack access to safe water, sanitation and hygiene in 2030 unless progress quadruples
Billions of people around the world will be unable to access safely managed household drinking water, sanitation and hygiene services in 2030 unless the...
News: A call for the WHO not to encourage the privatisation and commercialisation of healthcare amidst a COVID-19 crisis
On the first day of the World Health Assembly, civil society organisations have sent an open letter to the WHO critisicing the encouragment of ...
Printer-friendly version