The souls of poor folk 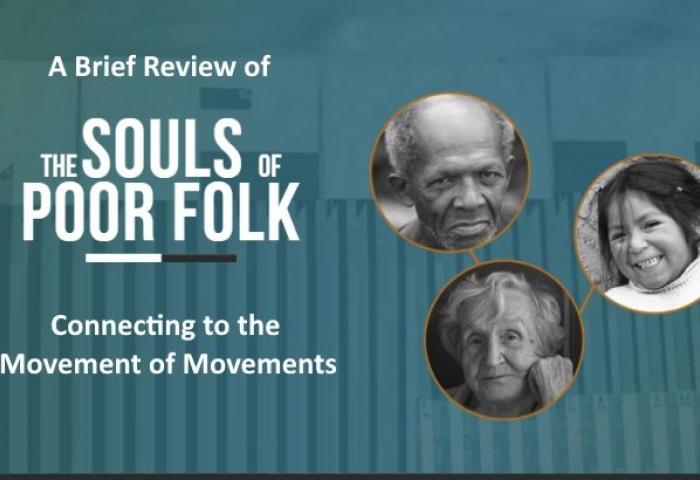 A major new study makes a clear case that the richest nation in the world has sufficient resources to protect the environment and ensure dignified lives for all its people. The problem is a matter of priorities, as more and more of America's wealth flows into the pockets of a small but powerful few and into the bloated Pentagon budget. By the Institute of Policy Studies.

The Souls of Poor Folk is an assessment of the conditions and trends of poverty today and of the past fifty years in the United States. In 1967, Rev. Dr. Martin Luther King, Jr., alongside a multiracial coalition of grassroots leaders, religious leaders, and other public figures, began organizing with poor and marginalized communities across racial and geographic divides. Together, The Poor People’s Campaign aimed to confront the underlying structures that perpetuated misery in their midst.

Fifty years later, The Souls of Poor Folk challenges us to take a look at how these conditions have changed since 1968. The stark findings draw from a wide variety of sources, including primary and secondary data as well as interviews with and testimonies by people who have been living through and responding to these changes on the ground. The facts, figures, and faces in these pages counter numerous myths about poverty in our society, including two of the most prevalent:

This report demonstrates that the structural issues of systemic racism, poverty, the war economy and militarism, and ecological devastation contribute more to poverty than individual failures.

This report makes a clear case that the richest nation in the world has sufficient resources to protect the environment and ensure dignified lives for all its people.

Article: MLK Global 2018: Internationalising the poor people’s campaign
People across the Global South and economically marginalized people in the North are increasingly aware of the need to organize, agitate for and advance a...
Article: Huge organizing effort, '40 days of action' launching to fight poverty
Fifty years after Martin Luther King's initiative, a new Poor People’s Campaign connects religious faith to social justice. An interview with Rev. Dr. Liz...
Report: "American Dream is rapidly becoming American Illusion," warns UN rights expert on poverty
The United States, one of the world’s richest nations and the “land of opportunity”, is fast becoming a champion of inequality, according to the United...
Article: Rise up America, rise up!
The time has come when America must rapidly transform its values through a more inclusive and spiritual vision, based upon a just sharing of the world’s...
Printer-friendly version