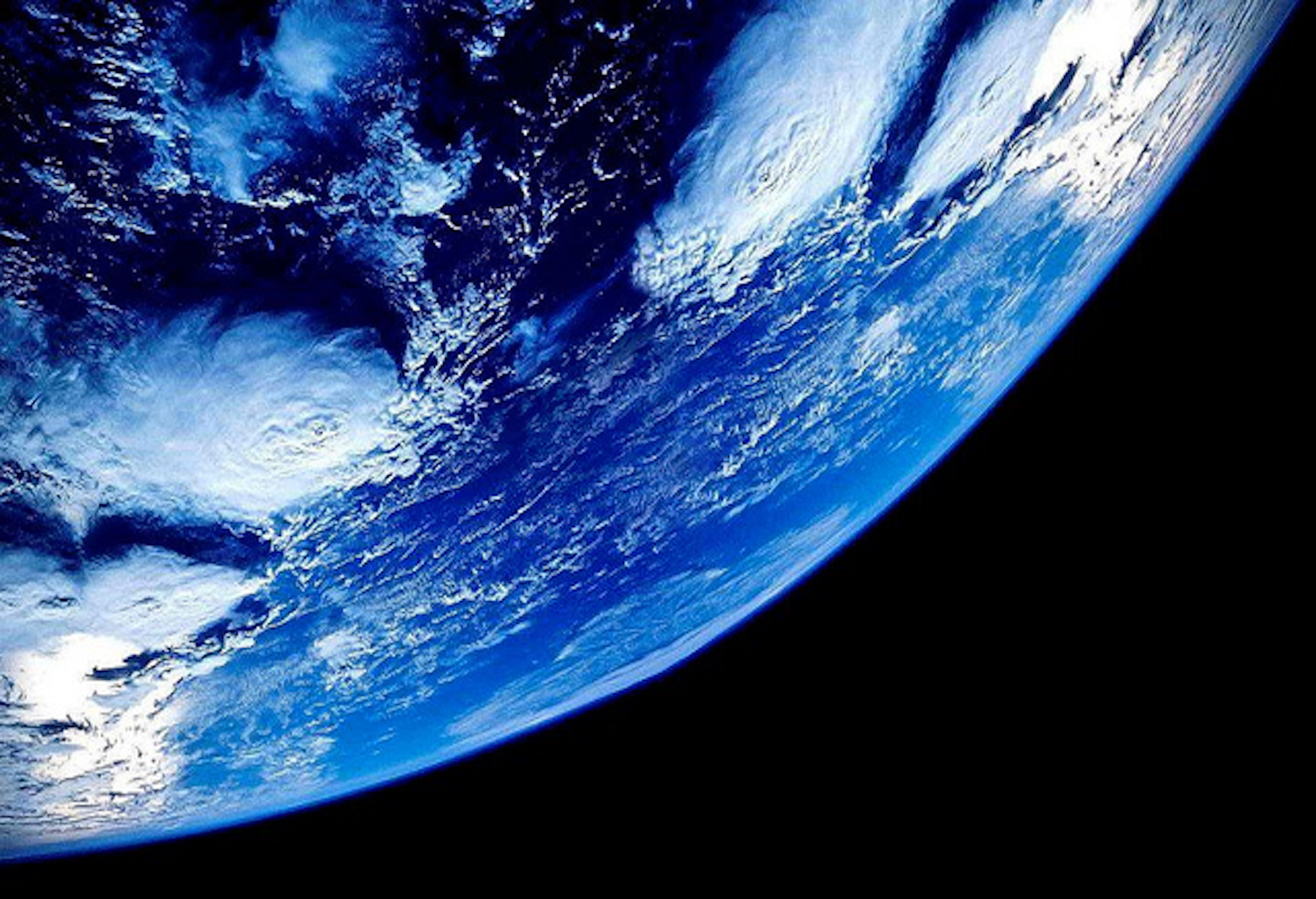 The Living Planet Report 2016 reaffirms WWF’s ‘One Planet Perspective’ on the need for better choices for governing, using and sharing natural resources within the Earth’s ecological boundaries. It concludes that addressing social inequality and environmental degradation ultimately depends on creating a new economic system that enhances and supports the natural capital upon which it relies.

Under the current trajectory, the future of many living organisms in the Anthropocene is uncertain; in fact several indicators give cause for alarm. The Living Planet Index, which measures biodiversity abundance levels based on 14,152 monitored populations of 3,706 vertebrate species, shows a persistent downward trend. On average, monitored species population abundance declined by 58 per cent between 1970 and 2012. Monitored species are increasingly a ected by pressures from unsustainable agriculture, sheries, mining and other human activities that contribute to habitat loss and degradation, overexploitation, climate change and pollution. In a business-as-usual scenario, this downward trend in species populations continues into the future. United Nations targets that aim to halt the loss of biodiversity are designed to be achieved by 2020; but by then species populations may have declined on average by 67 per cent over the last half-century.

Not only wild plants and animals are a ected: increasingly people are victims too of the deteriorating state of nature. Living systems keep the air breathable and water drinkable, and provide nutritious food. To continue to perform these vital services they need to retain their complexity, diversity and resilience.

The way we appropriate natural resources has had a tremendous impact on the Earth’s environmental systems, impacting both people and nature. This, in turn, a ects the state of biodiversity and climate. An understanding of Planetary Boundaries can help us grasp the complexity of human impacts on the planet (Rockström et al., 2009b; Ste en et al., 2015a). Pushing the boundaries of nine Earth system processes may lead to dangerous levels of instability in the Earth system and increasing risk for humans. Researchers suggest that humans have already driven at least four of these global processes beyond their safe boundaries. There is scienti c uncertainty about the biophysical and societal e ects of crossing these boundaries, but attributable global impacts are already evident for climate change, biosphere integrity, biogeochemical ows and land-system change (Ste en et al., 2015a).

Another way to look at the relationships between our behaviour and the Earth’s carrying capacity is through Ecological Footprint calculations. The Ecological Footprint represents the human demand on the planet’s ability to provide renewable resources and ecological services. Humanity currently needs the regenerative capacity of 1.6 Earths to provide the goods and services we use each year. Furthermore, the per capita Ecological Footprint of high- income nations dwarfs that of low- and middle-income countries (Global Footprint Network, 2016). Consumption patterns in high- income countries result in disproportional demands on Earth’s renewable resources, often at the expense of people and nature elsewhere in the world.

If current trends continue, unsustainable consumption and production patterns will likely expand along with human population and economic growth. The growth of the Ecological Footprint, the violation of Planetary Boundaries and increasing pressure on biodiversity are rooted in systemic failures inherent to the current systems of production, consumption, nance and governance. The behaviours that lead to these patterns are largely determined by the way consumerist societies are organized, and xed in place through the underlying rules and structures such as values, social norms, laws and policies that govern everyday choices (e.g. Steinberg, 2015).

Structural elements of these systems such as the use of gross domestic product (GDP) as a measure of well-being, the pursuit of in nite economic growth on a nite planet, the prevalence of short- term gain over long-term continuity in many business and political models, and the externalization of ecological and social costs in the current economic system encourage unsustainable choices by individuals, businesses and governments. The impacts of these choices are often felt well beyond the national and regional borders in which the choices originate. This is why the links between drivers, deeper causes and global phenomena like biodiversity loss can often be di cult to grasp. Throughout this report, the interconnectedness between impacts in one part of the globe and consumer choices thousands of kilometres away are illustrated by the story of soy.

Given our current trajectory toward unacceptable conditions that are predicted for the Anthropocene era, there is a clear challenge for humanity to alter our course so that we operate within the environmental limits of our planet and maintain or restore resilience of ecosystems. Our central role as driving force into the Anthropocene also gives reason for hope. Not only do we recognize the changes that are taking place and the risks they are generating for nature and society, we also understand their causes.

These are the rst steps to identifying solutions for restoring the ecosystems we depend upon and creating resilient and hospitable places for wildlife and people. Acting upon this knowledge will enable us to navigate our way through the Anthropocene. Several inspiring cases of successful transitions are highlighted throughout the report.

We need to design responses that match the size of the challenge of actually shifting to sustainable and resilient modes of production and consumption. This challenge is also outlined in the UN 2030 Agenda for Sustainable Development. Protecting the Earth’s natural capital and its attendant ecosystem services is in the interest of both people and nature. Developing a just and prosperous future, and defeating poverty and improving health, is much less likely to happen in a weakened or destroyed natural environment.

Transitioning toward a resilient planet entails a transformation in which human development is decoupled from environmental degradation and social exclusion. A number of signi cant changes would need to happen within the global economic system in order to promote the perspective that our planet has nite resources. Examples are changing the way we measure success, managing natural resources sustainably, and taking future generations and the value of nature into account in decision-making.

This transition requires fundamental changes in two global systems: energy and food. For the energy system, a rapid development of sustainable renewable energy sources and shifting demand toward renewable energy are key. For the food system, a dietary shift in high-income countries – through consuming less animal protein – and reducing waste along the food chain could contribute signi cantly to producing enough food within the boundaries of one planet. Furthermore, optimizing agricultural productivity within ecosystem boundaries, replacing chemical and fossil inputs by mimicking natural processes, and stimulating bene cial interactions between di erent agricultural systems, are key to strengthening the resilience of landscapes, natural systems and biodiversity – and the livelihoods of those who depend on them.

The speed at which we chart our course through the Anthropocene will be the key factor determining our future. Allowing and fostering important innovations, and enabling them to be rapidly adopted by governments, businesses and citizens, will accelerate a sustainable trajectory. So too will understanding the value and needs of our increasingly fragile Earth.

Article: Climate change and the environment: an overview
The threat of climate change and global warming, fueled by relentless commercialization and excessive consumption, has turned into a fighting ground for...
Page: The environmental crisis
Climate change and environmental pollution is only one aspect of a much wider ecological crisis that has resulted from our over-exploitation and...
News: Global Climate Change rallies push for urgent action
In London, STWR joined over 10,000 campaigners who braved the wind and December downpours to walk from the Houses of Parliament to the US embassy.
Report: The intersection of politics and spirituality in addressing the climate crisis
The following interview with STWR’s founder, Mohammed Sofiane Mesbahi, examines both the contemporary political and profounder spiritual implications of...
Printer-friendly version