Fully ready to kill, shockingly unprepared to save lives 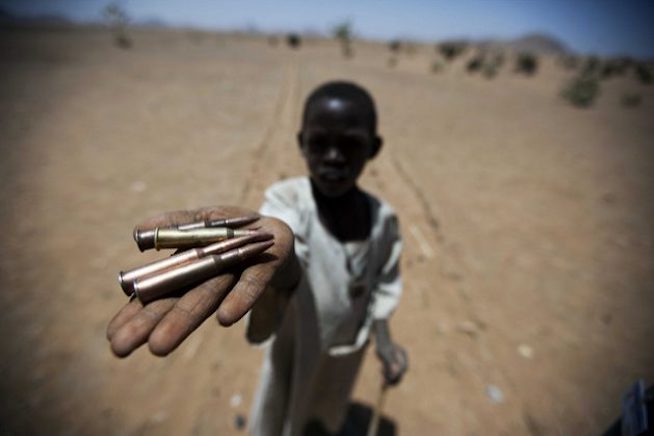 Just a fraction of the giant amount spent on the world's military - 2,000,000,000,000 US dollars - could meet the UN's major funding appeals for ending starvation and tackling the coronvirus pandemic, writes Baher Kamal for IPS news.

While absolutely ready to kill, with the biggest military powers spending in 2020 nearly two trillion US dollars on weapons, the world is shockingly unprepared to save the lives of millions of unarmed, innocent civilian victims of wars… and other man-made catastrophes.

The military spending data come from the Stockholm International Peace Research Institute (SIPRI), which also reports that global nuclear arsenals grow as states continue to modernise, thus sharply increasing the dangers of an unimaginable number of victims of the most devastating death machinery.

Parallelly, the world’s politicians continue to subsidise fossil fuel with six trillion dollars in just one year, being fully aware that such fuels harvest the lives of millions of humans, while devoting a tiny portion of such huge amounts to public health care systems.

In fact, 27 December 2021 marked the International Day of Epidemic Preparedness.

According to the United Nations, “global health crises threaten to overwhelm already overstretched health systems, disrupt global supply chains and cause disproportionate devastation of the livelihoods of people, including women and children, and the economies of the poorest and most vulnerable countries.”

“In the event of the absence of international attention, future epidemics could surpass previous outbreaks in terms of intensity and gravity.”

The UN adds that “we need to recognise the primary role and responsibility of Governments and the indispensable contribution of relevant stakeholders in tackling global health challenges, especially women, who make up the majority of the world’s health workers.”

For his part, Tedros Adhanom Ghebreyesus, Director-General of the World Health Organisation (WHO), said “While we have all undoubtedly been impacted by the pandemic, the poorest and most marginalised have been hit hardest – both in terms of lives and livelihoods lost.”

Tedros said scaling up production and equitable distribution remains the major barrier to ending the acute stage of the pandemic. “It is a travesty that in some countries health workers and those at-risk groups remain completely unvaccinated.”

As countries move forward post-COVID-19, it will be vital to avoid cuts in public spending on health and other social sectors. Such cuts are likely to increase hardship among already disadvantaged groups, said the WHO chief.

“Instead, governments should target spending an additional 1% of GDP on primary health care, while also working to address the shortfall of 18 million health workers needed globally to achieve universal health coverage by 2030.”

An appeal to the world’s billionaires

“A perfect storm of conflict, climate crises, the effects of the COVID-19 pandemic and rising costs for reaching people in need is causing a seismic hunger crisis,” the Nobel Peace Laureate World Food Programme (WFP) for its part announced.

And launched a one-time appeal for the world’s billionaires: 6.6 billion US dollars would help stave off starvation for 42 million people across 43 countries.”

Of this required funding, 3.5 billion US dollars are needed for food and its delivery, including the cost of shipping and transport to the country, plus warehousing and “last mile” delivery of food using air, land and river transport, contracted truck drivers and required security escorts in conflict-affected zones –fuelled by warlords– to distribute food to those who need it most.

Another 2 billion US dollars are required for cash and food vouchers (including transaction fees) in places where markets can function. This type of assistance enables those most in need to buy the food of their choice and supports local economies.

As well, 700 million US dollars would be devoted to country-specific costs to design, scale up and manage the implementation of efficient and effective programmes for millions of tonnes more food and cash transfers and vouchers – adapted to the in-country conditions and operational risks in 43 countries.

For its part, UNICEF’s Humanitarian Action for Children has launched an appeal to help support the agency’s work in war-torn Yemen as it provides conflict and disaster-affected children with “access to water, sanitation, nutrition, education, health and protection services.”

Meantime, the International Organisation for Migration (IOM) has appealed  for 170 million US dollars in 2021 to meet the increasing needs of displaced, conflict-affected and migrant communities in Yemen.

As of today, only half of these funds have been received. The 3.85 billion US dollars Humanitarian Response Plan for Yemen is also only funded at 50 percent.

Yemen’s grim picture takes place in a moment in which the World Food Programme (WFP) warns that seven years of conflict show no sign of abating, nor does rising hunger.

“As fighting continues to displace tens of thousands while disrupting access to nutritious food for millions of people, over half the population – 16.2 million people – are facing acute hunger, with 5.1 million people at risk of famine. Half of all children under 5 – 2.3 million – are at risk of malnutrition this year.”

Infectious diseases: not only COVID

COVID-19 continues to demonstrate how quickly “an infectious disease can sweep across the world”, pushing health systems to the brink and upending daily life for all of humanity, the UN chief said on Monday, marking the International Day of Epidemic Preparedness.

“It also revealed our failure to learn the lessons of recent health emergencies like SARS, avian influenza, Zika, Ebola and others”, UN Secretary-General António Guterres said in his message on the World Day.

“And it reminded us that the world remains woefully unprepared to stop localised outbreaks from spilling across borders, and spiralling into a global pandemic”.

Noting that infectious diseases remain “a clear and present danger to every country”, Guterres maintained COVID-19 would not be the last pandemic for humanity.

“Even as the world responds to this health crisis, he spelled out the need to prepare for the next one.”

This means scaling-up investments in better monitoring, early detection and rapid response plans in every country — especially the most vulnerable, he said.

Meanwhile, as cases of the new Omicron variant continue to spread like wildfire, 70% of COVID vaccines have been distributed to the world’s ten largest economies, while the poorest countries have received just 0.8%, according to the UN, calling it “not only unjust, but also a threat to the entire planet.”

To end this cycle, the United Nations underscored that at least 70% of the population in every country must be inoculated, which the UN vaccine strategy aims to achieve by mid-2022.

Although this will require at least 11 billion vaccine doses, it is doable so long as sufficient resources are put into distribution.

In short, the three above-mentioned funding appeals represent an astonishingly irrelevant fraction of the giant amount of 2,000,000,000,000 US dollars of the world’s spending on killing machines.

In spite of that, such appeals for saving lives fall, once again, on deaf ears.