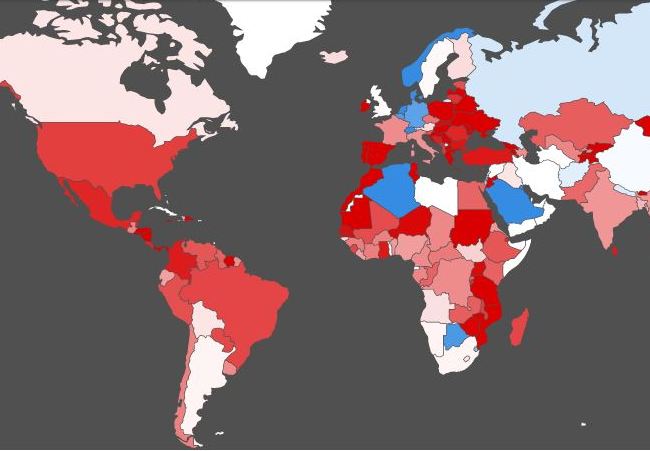 Public services in some of the world’s poorest countries are being starved of resources as a result of their governments’ heavy debt loads, the Jubilee Debt Campaign has warned.

It identified 27 countries that it defines as being in “debt crisis”, while another 17 are at risk of falling into this category. The campaign joins a number of other organisations, including the International Monetary Fund and the United Nations, in raising the alarm about worrying levels of both public and private debt around the world.

Tim Jones, economist at Jubilee Debt Campaign UK, pointed out that there is currently no fair and transparent restructuring process for government debt or effort to strengthen the regulation of cross-border movements of money, leaving the world "woefully underprepared" for any new round of debt crises. “As US dollar interest rates increase, the threat of crises will escalate,” he added.

The campaign’s list of countries in crisis spans the eurozone’s major economies, such as Spain, to some of the world’s poorest nations, including Mozambique and Pakistan, as well as those hit by the fallout of war and conflict, such as Jordan, or battered by extreme weather, like Malawi. It includes a number of expected entries (Greece or Mozambique), but also nations that are generally considered in a sound position as well as some obvious omissions.

There is no consensus on what is an appropriate level of debt, especially when the vast differences between countries are considered. While debt-to-GDP is the typical measure used to get an understanding of a country’s debt burden, Jones told PF International that the campaign doesn’t consider this a helpful indicator.

For instance, while Japan has the world’s highest debt-to-GDP ratio, at more than 200% of GDP, he said much of this is domestic and owed within the government, meaning policy can easily be employed to lower the burden. Hence Japan is excluded from the list.

With regards to public debt, the campaign’s analysis takes into account whether the country has a big economic imbalance with other countries – whether it is a net lender or a net borrower – and the size of its debt payments as a proportion of revenues, as well as the potential impact of an economic shock.

As a result some countries, such as Kenya, considered low risk by the IMF are put in the “at risk” category by the Jubilee Debt Campaign.

It pointed out that, unlike the IMF, it had accurately predicted Mozambique was at risk in 2015. Since, over $1bn worth of hidden public borrowing was discovered, plunging the country into crisis and prompting it to default on bond payments.

“Too many countries labour under the servicing of unsustainable debts, at a cost to public services and meeting basic human needs,” said Jones. “Rather than resolving these crises, institutions like the IMF perpetuate them by lending more money to countries in crisis, bailout out reckless lenders, whilst people suffer. “This has to end, and lenders need to be required to reduce the debt.”

An interactive view of debt across the planet

Press release: Global debt crises and threats increase across the world, by the Jubilee Debt Campaign